Fifteen governments have signed up to the New Plastics Economy in an effort to find solutions for the pollution problem. Thomas Parker takes a look at six to see what they're doing 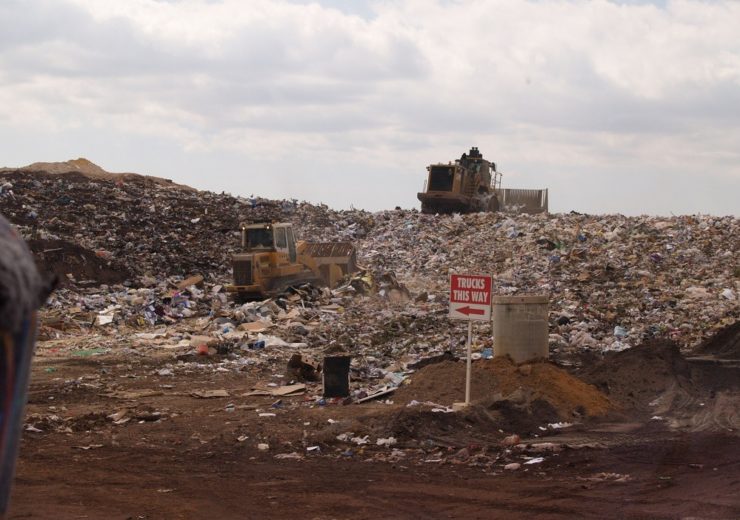 Two countries on this list have implemented landfill taxes.

By 2050, there will be 12 billion tonnes of plastic pollution in landfills and it’s a problem that requires urgent solutions.

Major governments across the globe are making changes in policies to try and prevent these figures from coming to pass.

In 2017, the Kenyan government made the use of plastic bags illegal, with anyone caught even using the material facing up to four years in jail.

Some other administrations, including the UK government and the Texas city of Austin, have signed up to the New Plastics Economy.

This global initiative was launched in October 2018, and is bringing together businesses and policymakers in an effort to rethink and redesign the way the world works with plastics.

Alongside signatures of 105 companies worldwide, 15 authorities spanning from cities to countries have also committed to it, outlining their plans and goals to deal with the problem.

We take a look at six administrations that have signed up, and look at what each are going to do to deal with plastic.

In Austin, Texas, its first official recycling scheme started in 2011.

The Austin Resource Recovery Master Plan outlined how the local authority would structure its waste management system in order to hit the goals of waste reduction, reuse and material management.

However, in June 2018, the Texas Supreme Court ruled the city could no longer enforce this law.

Though the ban has been lifted, Austin is still hoping its residents continue to use their own bags, implementing a social media campaign in order to encourage people to do this.

Most of what the city is doing is following in this same vein, educating residents on the importance of recycling.

The Spanish autonomous community of Catalonia started a scheme called the Programme of Prevention and Management of Waste and Resources (PRECAT20) in 2018, which is designed to help promote the circular economy among businesses.

The goals of this include the 15% reduction of total waste generation compared to 2010 and ensure 55% of the amount of waste produced by companies is reused.

The government has also started work to help change production patterns to eliminate overpacking of products.

Funds for the projects that the Generalitat is putting in motion partly comes from the incineration and landfill tax, which was established in the region in 2004 for public waste – and for industrial waste since 2014 – charging €10 (£8.58).

One scheme the UK is putting forward to improve its waste management system is by implementing its own “polluter pays” policy.

This would see producers of packaging paying the full cost of the disposal of materials once used.

Subject to an on-going consultation, the British parliament is planning to create consistency on which dry materials can be recycled by councils across England.

Wales and Northern Ireland have largely achieved this, giving the countries the two highest rates in the UK – at 57.6% and 46.3% respectively.

The government will also be implementing a Deposit Return Scheme (DRS) in the UK for single-use drinks bottles, and a plastic packaging tax on items with less than 30% recycled content from April 2022.

New Zealand Ministry for the Environment

One of the key policies for the Ministry for the Environment in New Zealand over the years has been its waste disposal levy.

It was introduced thanks to the Waste Minimisation Act in 2008, putting 10 New Zealand dollars (£5.24) on every tonne of waste sent to landfill.

In July this year, the country will implement guidelines with the aim of phasing out single-use plastic shopping bags.

This is an industry-led commitment, signed by the likes of plastic packaging company Amcor, L’Oréal and PepsiCo, designed to make 100% of the packaging in their operations in the country either reusable, recyclable or compostable by 2025 or earlier.

To help reduce its use of single-use plastic items in the government, the Portuguese Ministry of Environment and Energy Transition has introduced directives including levies on bags over 50 microns – one micron is a millionth of a metre – and a ban on oxo-degradable products.

The country has also begun to pilot the DRS system, leading to it becoming law on January 1 2022.

The government is also reviewing the idea of imposing a tax on landfill and on energy waste recovery.

The Walloon government in Belgium

Belgium’s Walloon government has banned all single-use plastic bags in the region.

In February 2019, the government called on industrial actors to help develop the creation of regional collecting, sorting and reuse facilities.