Nine women making a big impact in the packaging industry

From the so-called "Queen of Trash" to a member of one of Sweden's richest families, we take a look at nine women making big waves in the packaging industry 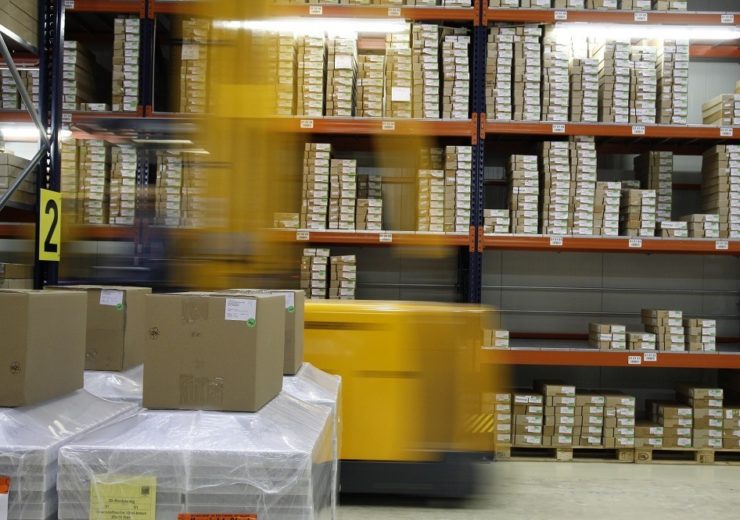 In its latest sustainable development report, consumer packaging company Mondi set out an ambition that 33% of its workforce should be women by 2020 (Credit: Pixabay)

Market researcher Smithers Pira estimated the packaging industry made close to a trillion dollars last year — but what role do women play in the success of this traditionally male-dominated business?

According to a 2016 census in the US, women made up 29% of people working in the manufacturing industry — which includes packaging and the supply chain.

Alongside this, research by charity Education Endowment Foundation showed that women made up, on average, about 15% of the UK workforce in 2017.

Times, though, are changing.

In its latest sustainable development report, consumer packaging company Mondi set out an ambition that 33% of its workforce should be women by 2020.

To mark International Women’s Day, we take a look at nine high-profile women working within the industry.

With more than 25 years’ experience in the industry, Debbie Waldron-Hoines is one of the best-know people working in British packaging.

After graduating with a master’s degree in business administration at Leeds University in 1996, Waldron-Hoines spent six years working as a general manager at box-making company DS Smith.

She is now director of three companies, including management consultancy firm Avant-Tout, which she set up in 2001.

She is also a part of the European Flexographic Industry Association, as well as co-founder and one of the directors of Women in Packaging UK (WIP).

Launched in 2014, the WIP is an initiative that aims to connect and support females across the packaging industry, giving women in the business opportunities for networking and mentorship.

In 2016, Waldron-Hoines became a freeman of the Worshipful Company of Stationers and Newspaper Makers, which is a livery company for vocations such as packaging, publishing and design.

For Kate Hulley, the packaging industry is in her blood as the daughter of cardboard box-making company Belmont Packaging‘s founder Mike Moloney.

Her first job after completing a degree in business studies at Sheffield Hallam University was with the iconic United Biscuits, which owns brands including McVitie’s and Jacob’s.

In a more than five-year stint, she took on the role of an operations graduate before becoming a plant line manager.

She then founded You-POD, a firm that offered employment and people management support to small businesses.

From this venture, at the age of 34, she returned to Belmont and became the owner-director of the family business.

The Wigan-based company, which is a heavy investor in environmentally-friendly development technology, prides itself on being a female-led firm.

Under Hulley’s leadership, Belmont has worked with the likes of tea company Taylors of Harrogate and the merchandising arm of Terry Pratchett’s book series Discworld.

Her family is one of the richest in Sweden, worth a combined total of $30.8bn, according to Forbes.

Rausing was born in the Swedish city of Lund in 1952 and is the great-granddaughter of TetraPak’s founder Ruben Rausing.

Kirsten Rausing studied economics at the Raoul Wallenberg Institute in Stockholm, and has been a part of the company since 1985, first working as an alternate director before becoming a non-executive director in 1991.

She has a keen interest in horse racing and is the honorary president of the European Federation of Thoroughbred Breeders Associations in the UK.

Thanks in part to her position at Tetra Laval, the 67-year-old is worth $9.9bn.

For nearly 20 years, Evelyn Cadman has been one of America’s leading consultants in labelling, helping businesses comply with the US Food and Drug Administration (FDA).

In 2001, she set up FDA Compliance Simplified, which works alongside businesses to check which FDA regulations apply to their products and what needs to be done to ensure these rules are followed.

She started her working career as a pharmacologist at Abbott Laboratories, where she remained for more than 10 years before moving to become a senior research scientist at a subsidiary of Whole Foods Market.

During her time as a consultant, she has worked alongside health and wellness business The Nature’s Bounty Co and restaurant chain Boston Market Corporation.

Daughter of the late Richard Pratt, Fiona Geminder belongs to one of Australia’s richest families.

She owns a large stake in her family’s Visy company – a cardboard box developer and resource recovery business – with its current executive chairman and brother Anthony Pratt, who is worth $8.5bn.

She also owns about 40% of plastic and metal packaging firm Pact Group, which she set up with husband Raphael Geminder in 2002.

The business now operates in more than 100 factories across 15 countries, developing packaging for the likes of Heinz Tomato Ketchup and beauty product producer TRESemme.

The youngest daughter of Richard Pratt, Geminder has a net worth of $2.3bn.

As chairwoman of one of Asia’s largest corrugated packaging producers Nine Dragons Paper, Cheung Yan runs the company alongside her husband and CEO Liu Ming Chung.

She assumed her role at the company in 2006 and has more than 32 years’ experience in recovered paper recycling, earning her the nicknames “the Queen of Trash” and “China’s Paper Queen”.

Her first business was US-based paper recycling firm America Chung Nam, which was set up in the 1990s. It collected waste paper from the US and shipped it to China.

In 1995, Yan returned to China to set up Nine Dragons with the help of her husband and brother.

The company has since become the largest environmentally-friendly recovered paper-based manufacture in the world.

In 2017, she was named Asia’s CEO of the year by pulp and paper industry intelligence company Resource Information Systems Inc, and has a net worth $1.6bn.

Since 2019, Kristin Hughes has been the director of the Global Plastic Action Partnership (GPAP).

Set up by the World Economic Forum in 2018, it aims to prevent the growth of global plastic pollution.

The organisation is currently working with the governments of Indonesia and Ghana to cut their plastic footprint.

Before taking on the GPAP role, Hughes held jobs in both the public and private sectors.

Between 1995 and 1996, she managed press logistics as part of former American senator Bob Dole’s presidential run.

In 1999, she began an eight-year stint at IT company Hewlett Packard Enterprise, before becoming senior director of global public affairs at clothes retailer GAP.

After this, Hughes went on to spend more than a year as toy business Hasbro’s interim director of European corporate affairs.

Between 2013 and 2016, she was the global director of sustainability at confectionery manufacturer Mars, before taking up her current role at the GPAP.

Alongside her work at the organisation, Hughes is the founder and executive director of Cranbrook International – a communications business focused on sustainability, supply chain management, public affairs and government relations.

Catherine Conway is founder and director of Unpackaged, set-up to be the world’s “first zero waste” retailer.

Founded in 2006, the company is also a provider of refillable packaging systems for the sector.

Prior to setting up Unpackaged, Conway was a researcher in the tourism sector, before moving on to become a project manager for not-for-profit organisation Time for Paddington.

In 2006, Conway began trading on a market stall, travelling across London to gather feedback and support.

A year later, the first Unpackaged shop opened in London’s Islington – selling products such as chocolate, cereals and dried fruit.

In 2012, the firm moved to Hackney with the addition of a “zero waste” cafe, bar and restaurant – although this venture ended in early 2013.

One of Unpackaged’s best-known partnerships is with Planet Organic – seeing its refill system operating in four stores.

Alongside this, the firm also helped to launch supermarket chain Waitrose’s Unpacked scheme.

She started in 1999, working as packaging technologist at consumer goods multinational Procter & Gamble, before moving on to product and packaging development at the company

Chin then spent time as an account manager at marketing firm Schawk, and then as account director with design agency Anthem.

She moved to retailer Marks and Spencer at the beginning of 2008, spending nine months in packaging development.

After this, Chin became a packaging technologist at UK-based supermarket chain Sainsbury’s, before becoming the firm’s own-brand programme manager.

In April 2016, she took up a role as a packaging consultant for Pret A Manger, becoming the company’s packaging manager six months later.

At the beginning of 2019, Chin moved on to take up her current role at the WWF.

Since joining, she has provided internal and external expertise on material issues such as plastics, with her advocacy work focused more broadly on resources and waste.

PCI Pharma Services Announces the Closing of Its Acquisition of LSNE

PCI Pharma Services Announces the Closing of Its Acquisition of LSNE