As the UK government started its consultation into its rules on plastic tax and the deposit return scheme, Thomas Parker looks at how the packaging industry has reacted 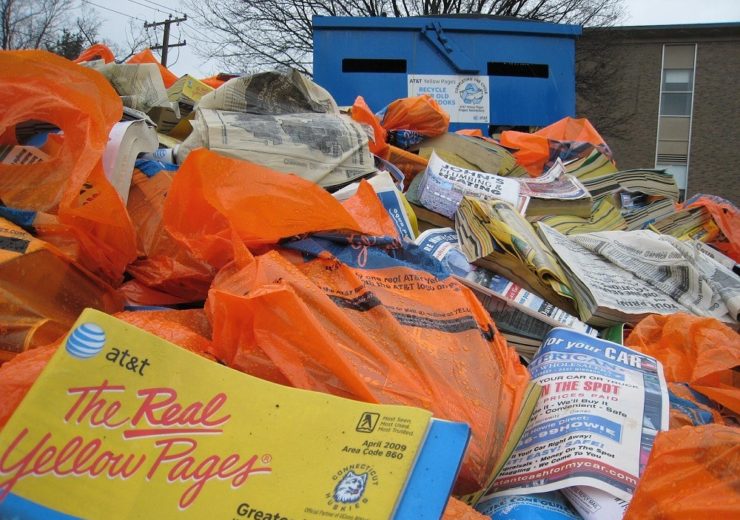 A plastic tax on consumer goods and deposit return scheme for bottled drinks has clear environmental benefits – but Brexit could get in the way of any significant role in the plan, say packaging industry leaders.

They believe the UK’s impending exit from the EU will take up most of their time, preventing them from dedicating much time to any consultation period.

The government began a consultation period over these new measures last week to fight against the plastic problem and “revitalise waste management” in Britain.

Under another proposed new policy, called extended producer responsibility (EPR), it will also charge packaging companies for the waste they make.

But questions have been raised about whether these funds will be used in waste management.

Foodservice Packaging Association (FPA) executive director Martin Kersh said: “We could end up in a system whereby business pays and business can’t recover the cost, and that will drive some businesses over the edge.

“We have got to be really careful if we proceed. What we don’t want to see is the money disappearing into the Exchequer or it being used by local councils to plug the funding gaps rather than for recycling.”

What is the plastic tax?

Chancellor Philip Hammond announced the plastic tax in last year’s autumn budget, saying he wanted the UK to become a world leader in tackling “the scourge of plastic littering on our planet and our oceans”.

It will tax manufacturers of a product containing less than 30% of recycled materials in it.

The levy is being introduced in the hope that it would stop businesses using single-use plastics ahead of the use of more environmentally-friendly materials.

This policy will be rolled out in phases by April 2022 so companies can adjust behaviours and manage any costs they face.

A 12-week consultation on how this will be implemented – alongside the newly-announced deposit return scheme and EPR – began last week.

The Department for Environment, Food and Rural Affairs (Defra) will talk to businesses and trade bodies about its proposals.

Environment Secretary Michael Gove said: “We are committed to cementing our place as a world leader in resource efficiency, so we can be the first generation to leave our environment in a better state then we inherited it.”

Marcus Gover, chief executive of circular economy charity WRAP, believes the implementation of the tax has “the potential to transform our use of resources and waste for the better.”

But Cambridge Institute for Sustainability Leadership’s director of policy Eliot Whittington said the reaction in the industry has been “fairly cautious”.

“Businesses need to be thinking through firstly how the plastic tax fits with other policies and, secondly, whether it is being levied in the right way and at the right point to trigger behaviour change.”

What is the deposit return scheme?

The deposit return scheme (DRS) is designed so that consumers pay an up-front charge in the purchasing of a drink bottle, with a small tariff redeemed if and when it’s returned to a bottle bank.

Mr Gove said the scheme would be designed to “reward people for bringing back bottles and encouraging them not to litter”.

The government has proposed to start implementing this system at the beginning of this year before rolling it out across the country in 2023.

Some supermarkets have already adopted this idea voluntarily, with Iceland trialling a deposit scheme across its UK stores since May 2018.

Tesco, Morrisons and the Co-op have also started trials to the system in recent months, though none have released figures yet.

Mr Whittington said he is noticing more companies beginning to engage with the idea.

“Businesses are coming on board and are starting to suggest to the government on how the scheme could be implemented,” he said.

“Firms are saying ‘let’s try and make it a simple system that spans across the UK’.”

What is extended producer responsibility?

The EPR scheme proposed by government is a policy that means packaging manufacturers have an individual obligation for the products they put on the market and how they manage the materials once they are finished with.

They will be expected to directly pay into the national waste management system according to the waste they produce.

It is hoped this will incentivise producers to design products that will be easier to recycle, but there are worries it will lead to prices increasing throughout the supply chain.

Mr Kersh said: “The government has made it clear that it wants to introduce an extended producer responsibility system.

“In our view, because there’s going to be a big cost for businesses, we have to be sure that every single penny raised by it is used for the purposes intended.”

British Plastics Federation (BPF) director-general Philip Law said: “It is essential that in these actions, the government ensures the cost burden to both consumers and businesses is minimised, and that the manufacturing industry in the UK is not disadvantaged.”

The timing of the plastic tax consultation

The initial consultation period was supposed to finish on 15 April – just three weeks after the UK is due to leave the European Union.

However, after negotiations between trade union bodies and Defra, it will now end on 13 May.

The FPA was one of those that helped with pushing it back and Mr Kersh says that businesses are preparing for the UK potentially leaving without a deal.

“As things stand at the moment, Brexit planning has got to be the priority,” he added.

“Therefore, I believe that most businesses won’t be able to look at this before we leave.

“If possible, we would like to be involved in the consultations.”