What is the circular economy and can it help prevent material waste?

With businesses and governments trying to solve the issue of material waste, the circular economy has been touted as a solution to the problem 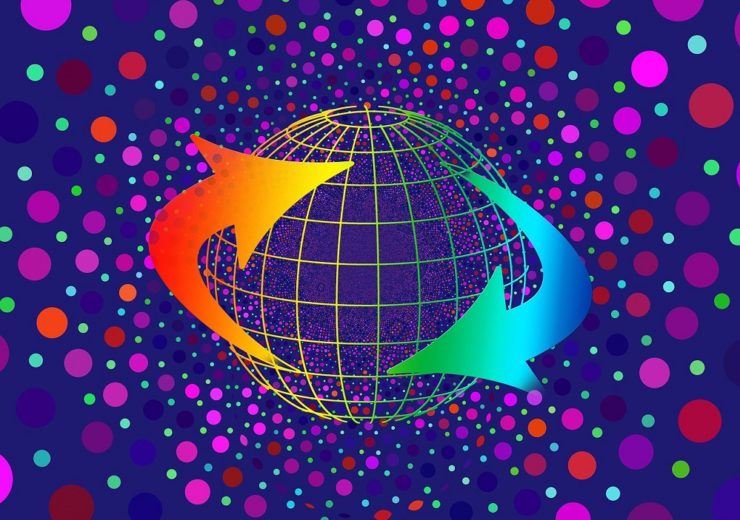 “We are the first generation that has a clear picture of the grave situation we are facing, and may also be the last generation that can do something about it”. That’s the view of the World Wildlife Fund (WWF), which is among many campaigners to put forward the circular economy concept as a potential solution to the climate change problem.

According to the United Nations (UN) Environment Programme, in the last century the world has dug up, chopped down, drilled for or harvested 34-times more construction materials, 27-times more ore and minerals, 12-times more fossil fuels and 3.6-times more biomass than in the entire time before the 20th century began.

At the start of its consultation period on how it can “overhaul the waste system,” the British government’s Department for Environment, Food & Rural Affairs (Defra) states it wants to “move towards a more circular economy”.

It has also set a target for plastic to contain at least 30% recycled content by 2022.

But what is this concept? We take a look and analyse whether it will work in practice.

What is the circular economy?

The circular economy is a model that is regarded as an alternative to the traditional supply chains used in the past, such as a linear economy – which is a method that means using material once, and then throwing it away.

Unlike this model, the circular economic process means a material is designed to be used and re-used.

Packaging firm Ball‘s sustainability director Ramon Arratia says: “This not only eliminates waste but uses resources in a more efficient and sustainable way.”

Sustainable construction materials company Envirobuild’s co-founder Aidan Bell adds: “It encourages a move away from the throw-away economy to minimise the use of virgin materials and retain the value of depleting resources.”

Benefits of the circular economy

According to the Ellen MacArthur Foundation, if the implementation of the circular economy is successful, it could unlock benefits worth $2.7tn (£2tn) a year by 2050.

Mr Arratia says: “A truly circular system saves costs and allows businesses to decouple growth from a reliance on raw materials and energy.”

It could also lead to an increase in employment, according to a report released in 2015 by UK charity the Waste & Resources Action Programme (WRAP) estimated this new industry could employ an extra 3.4 million people across the European Union by 2030.

Of course, the circular economy will also have an environmental impact.

The Ellen MacArthur Foundation said in a 2015 report that this method could result in a 48% reduction in carbon dioxide emissions by 2030.

What could hold back the circular economy?

One of the biggest issues with this method is the need for every member of the supply chain working together to make it work.

Stuart Foster, chief executive of recycling charity RECOUP, says: “To achieve a truly circular economy, every link in the chain needs to be committed to working in partnership to implement real change.

“The current capacity for plastic reprocessing in the UK is insufficient to meet existing targets.

“The infrastructure would need to be drastically increased if we are to reprocess the additional tonnage from increased target requirements and remove the reliance on volatile export markets.”

Gladys Naylor, head of sustainability at international packaging group Mondi, says: “To achieve it, collaboration is required across the entire value chain, including the manufacturer, producer, consumers and recycling companies.”

Another challenge it faces is the confusion on what can and can’t be recycled.

The UK and US have different recycling standards, with Britain’s Defra highlighting this as a key issue that needs to be tackled in its consultation period.

Mr Bell says: “Theoretically, most materials, such as metals, plastics and glass, are recyclable.

“However, issues stem from inefficiencies regarding waste sorting.

“As the direction of travel moves towards ever-advancing materials with superior qualities, it inadvertently moves away from the circular economy – the sheer number of different elements requires a highly specialised sorting and recycling system.”

How to solve the solutions of the circular economy

For the circular economy to be genuinely prosperous, Mr Bell believes reusability needs to be built into the very design of the material, as well as being combined with innovative business models.

“To achieve a truly circular economy, every link in the chain needs to be committed to working in partnership to implement real change, to enable the 30% recycled content target a realistic aim and develop end markets for recycled materials.