The UK Government has launched consultations to overhaul the waste system, reduce plastic pollution and move towards a more circular economy. 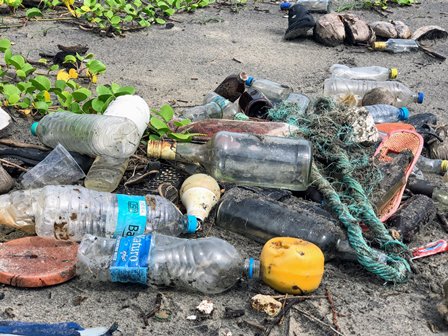 The consultation focuses on consistent set of recyclable materials collected from all households and businesses and consistent labeling on packaging, enabling consumers to know what they can recycle.

The consultations, which are based on resources and waste strategy announced in last December, will help frame plans to make packaging producers pay the full cost for their waste and launch consistent set of materials collected across England from households for recycling. It will also help include cans and bottles in the deposit return scheme (DRS).

The resources and waste strategy was designed to eliminate avoidable plastic waste and protect the environment from harmful effects. The changes are said to play a crucial role in the government’s upcoming Environment Bill.

Existing complicated recycling system will be simplified, in addition to making businesses and manufacturers pay the full cost of recycling or disposing of their packaging waste

The government is also taking views on launching a deposit return scheme for cans and bottles, in addition to designing two potential models all-in or on-the-go.

The all-in model, would target a large amount of drinks beverages placed on the market, whileon-the-go’ model, would restrict the drinks containers in-scope to those less than 750ml in size and sold in single format containers.

UK government has also launched its consultation on introducing a world-leading tax on plastic packaging, which does not meet a minimum threshold of about 30% recycled content.

Government said it is seeking views on its plans for 12 weeks.

UK Environment Secretary Michael Gove said: “We are committed to going further and faster to reduce, reuse, recycle and cut waste. That’s why we are leading the way to move away from being a ‘throw-away’ society and drive up domestic recycling.

“Through our plans we will introduce a world-leading tax to boost recycled content in plastic packaging, make producers foot the bill for handling their packaging waste, and end the confusion over household recycling.”