How to beat plastic pollution with technology, by SAP Leonardo boss Stephen Jamieson

As proposals to make plastic pollution a thing of the past, we speak to the head of SAP Leonardo UK and Ireland Stephen Jamieson, who believes that technology can help make these policies a reality 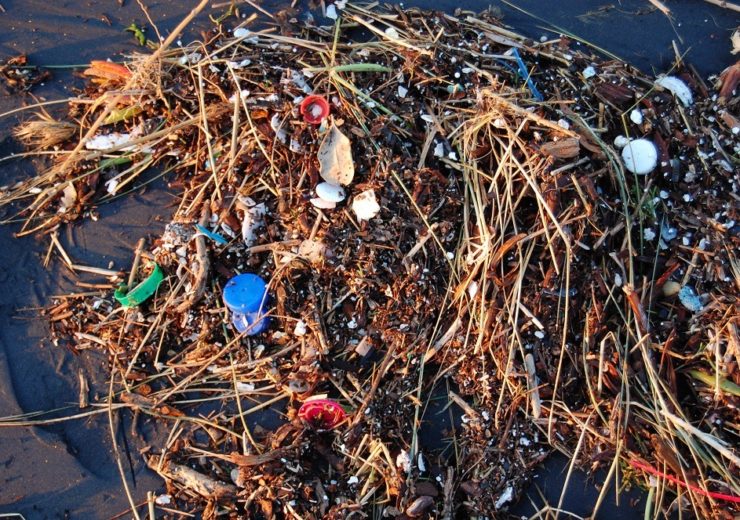 Plastic pollution is an ever-growing problem in our oceans and the issue isn’t going away – and some believe technology could be the answer.

According to the Ellen MacArthur Foundation, by weight there will be more plastic in the sea than fish by 2050.

As the world slowly comes to understand the problem of plastics in the sea, governments and businesses are setting targets to help reduce the amount we use.

The European Union aims to make all plastic packaging recyclable by 2030, banning single-use plastics by 2021.

Using technology to help make some of these policies work is increasingly being explored, with German tech giant SAP creating a “plastics cloud” platform powered by its “digital innovation system” Leonardo.

SAP Leonardo bundles the latest technologies and services into one intelligent platform that uses machine learning to forecast trends in plastics purchasing and recycling – with the aim of creating new solutions for the industry’s negative impact on the environment.

SAP’s UK and Ireland Leonardo boss Stephen Jamieson speaks about how and why this kit could help create a cleaner planet.

The problem of plastic pollution in the sea

The widespread use of plastics in the early part of the 20th century, was the start of a new industrial era.

It has become a victim of its own success. Plastic pollution is ravaging the planet.

Imagine dumping a million London buses in the sea each year.

That’s equal to the weight of the 12 million tonnes of plastic we dump in our ocean – each year, every year.

It enters our food chain when it breaks down into micro-particles – or microplastics. We reap what we sow.

The damage this is doing to our oceans is unfathomable.

“We can’t solve problems by using the same kind of thinking we used when we created them,” he said.

We never planned or anticipated this level of waste from plastics.

The term “single-use” plastics sums up our throw-away society.

One single use plastic bag takes up to 100 years to biodegrade, for example.

The inventors and entrepreneurs who first used plastics, never gave a thought to “sustainability”.

But it is individuals that are demanding change and stirring the collective conscience.

They are not only adapting their own behaviours but forcing manufacturers, distributors and recyclers to act too.

Since then, government and businesses leaders have been spurred to action.

Together, they are starting to make a difference.

We’ve used 80% fewer plastics bags since 2015, for example, after supermarkets introduced a 5p levy with the government now raising the possibility of increasing that charge to 10p.

That’s all it takes to change consumer habits.

When governments, retailers, and consumers come together, we can move (plastic) mountains.

This is a blueprint for a new way of thinking about how to solve environmental problems.

The UK Plastics Pact is a prime example of collaboration.

It brings together representatives from the plastics industry, government, NGOs and citizen groups.

At its core, the pact has a new economic model; moving away from the linear plastics economy – take, make, dispose – and working towards a circular system.

This aims to keep plastics in the economy and out of the natural environment.

How plastic pollution could be saved by technology

For my part, I don’t want to explain to my children why it’s taken us so long to act.

Or why 50% of the plastic we use is still single-use or considered “disposable” in years to come.

So, I approached my company, global tech giant SAP, to ask for the company’s support.

How can we, as a business, help find a solution to the plastics problem?

We also enlisted the support of many of our customers, some of the largest businesses in the world, to provide their own recommendations and input.

In co-ordination with the UK Plastics Pact and its many members, we’ve come up with a solution that incorporates what we know best – data.

We knew there is a tremendous amount of data within the plastics industry.

The recycling system in the UK, for instance, is ripe for innovation.

There are 240 waste systems in the UK, each with their own unique capabilities.

It leaves many end users unsure about recycling methods or which system to use.

The suppliers of plastic products and the waste management systems don’t collaborate.

But it doesn’t have to be that way.

We’re now looking at how organisations might better share and utilise data that will help better understand the complex supply chain.

The vision is that businesses in retail, manufacturing and waste management would be able to benefit from using data to view the supply chain more holistically and put measure in place to lessen plastics usage.

Moreover, this information could be used by governments at both local and national levels to make better policy decisions by having a view of the macro level of the production, distribution, disposal and re-use of plastics.

One individual, one business, one government won’t solve the plastics problem.

But if we start to approach problems with a sustainability mindset we can start to make a change.

There’s a lot of momentum behind solving the plastics problem.

If we get it right, we could learn lessons about how we tackle other problems facing our world.