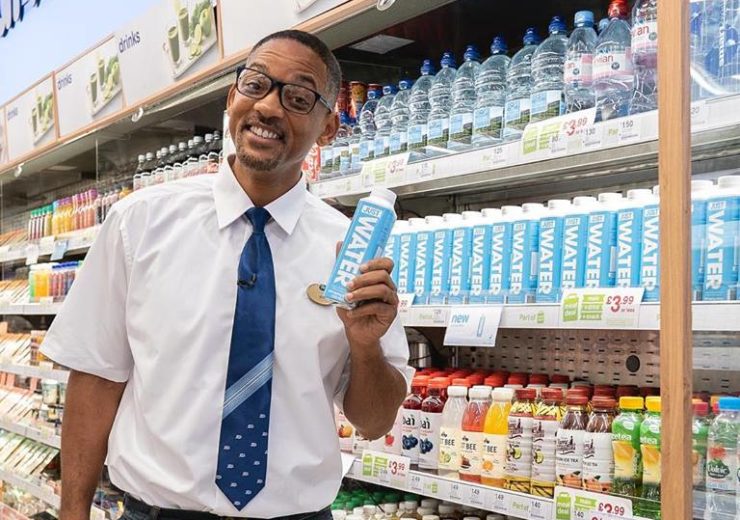 JUST Goods was founded by Will Smith's son Jaden in 2015 (Credit: JUST Goods)

As increasingly more plastic packaging ends up in the ocean, there’s been a growing stream of consciousness among designers and developers to make their products more sustainable.

Governments worldwide are aiming to reduce the amount of plastic waste on the planet – for example, the EU wants to ban single-use plastics by 2021 and make all plastic packaging recyclable by 2030.

In Britain, 42 major companies formed the UK Plastics Pact to voluntarily ensure 100% of their products are made from either re-used, recycled or recovered plastics by 2040.

These include supermarkets such as Asda and Sainsbury’s, as well as soft drink brands Coca-Cola and Britvic.

Sustainable design is a concept that will be celebrated at this year’s 2019 PAC Global Leadership Awards.

It’ll be the fourth year that this event will take place at the Roxy Hotel in New York on 26 February, during the branding event #ONEOF100SUMMIT.

Selecting this year’s winners will be 66 packaging design experts hailing from 12 countries ranging from the US and UK to Thailand and Jamaica.

We take a look at this year’s five finalists competing in the sustainable packaging design category.

Founded in 2015 by Hollywood actor Will Smith and his son Jaden Smith, JUST Water has created bottles made from 82% renewable resources – mainly plant life, such as trees and seaweeds.

Some 54% of the material are made from paper, using wood that has been taken from woodland certified by the Forest Stewardship Council (FSC).

The FSC is an organisation that aims to make sure all paper made from trees are sustainably sourced.

Explaining why he and Jaden set up the company, Smith has previously said: “While he (Jaden) was surfing as a young kid, some plastic water bottles floated by him, and he soon realised that they were dirtying our oceans and killing the environment.

“He was immediately motivated to do something to save our planet – our future – and with that wish, JUST Water was born.”

The company has a swell of support from celebrities such as Scottish DJ Calvin Harris and pop star Lionel Richie.

This is the first time that the company has reached the finals of the PAC Global Leadership Awards.

Yoplait serves its French-inspired yoghurt Oui from glass jars rather than plastic tubs.

The company, owned by US food giant General Mills, says there are two reasons for using this material – it’s easily recyclable and easy to reuse.

It was claimed by General Mills in June last year that the product was projected to reach $100m (£77m) in annual sales, reportedly making it the world’s top-performing new yoghurt launch of 2018.

Unilever’s Love Beauty and Planet is a range of beauty products whose plastic packaging is made from 100% recycled material.

Founded in December 2017, the company has an in-house policy to reduce carbon emissions, having what it calls its own “carbon tax fund”, where it tracks its greenhouse gas emissions.

Speaking at the time of its launch, Unilever UK and Ireland’s vice-president of beauty and personal care Chris Barron said: “It reflects our passion at Unilever to enable everyone to live more sustainably and consciously by highlighting the simple steps we can all take to help make a better future for our planet.”

Cosmetics retailer Lush has always been a company with environmental issues at the heart of its work, unveiling its first ever 100% packaging-free shop in January year.

The organisation’s philosophy on the packaging is clearly outlined on its website.

Lush believes it is best to go packaging-free, with the company saving nearly six million plastic bottles from selling shampoo bars alone, while the packaging  it does use is made from 90% recycled materials.

Oregon Beverage Recycling Cooperative (OBRC) has set up a scheme to take returned empty bottles from shops within the US state of Oregon to recycling plants.

According to state law, retailers that sell drinks are required to accept eligible empty containers from consumers, who return them for cashback.

The company was formed in January 2009 following a merger between recycling companies Container Recovery and Beverage Recyclers of Oregon.