As plastic waste continues to be an environmental hazard, companies are coming up with alternative packaging materials to combat the global problem 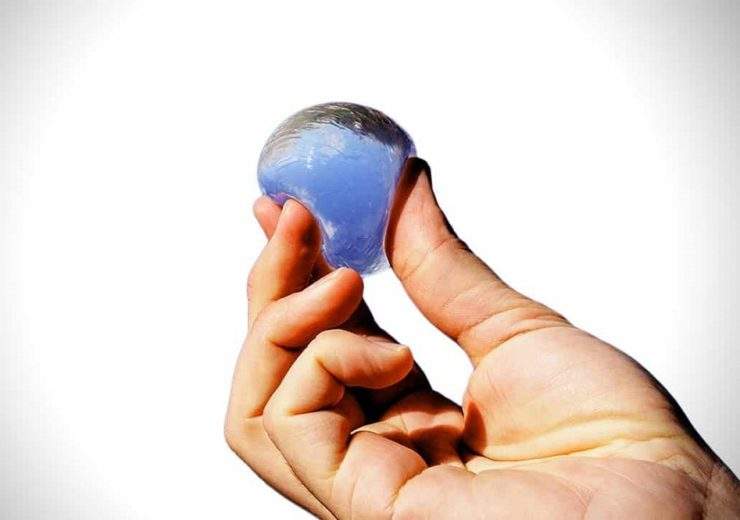 As the world wakes up to the impact consumer products have on damaging the planet, the need for thinking outside the box and sourcing alternative packaging materials has risen.

A number of packaging start-ups have come up with novel ideas on how to reduce waste from mainly plastic and cardboard.

Some of the materials might not be the most traditional solutions to the issue but perhaps some of these ideas could have a welcome impact on the global environment.

We take a look at seven alternative packaging materials.

Over the course of the past couple of years, the interest in using bamboo as a material has grown.

One of the users for this material is the toilet roll company, humorously named Who Gives a Crap, which produces toilet roll out of the plant that originating from South East Asia.

Technology giant Dell also uses bamboo to cushion some of its lighter weight products in trays.

Unlike the use of paper and cardboard, both of which are traditionally made of trees that can take more than ten years to grow, bamboo plants can grow much faster and reach about double the height of a human within four years.

Sugarcane is starting to become a popular form of material to use in packaging for brands such as the shaving products company Bulldog.

The London firm uses plastic made from sugarcane grown in Brazil through packaging supplier RPC M&H Plastics, which produces plastic bottles, jars and tubes from the natural material – with other clients including salon chain Toni and Guy.

Another company that’s adopted this resource is Just Water, the ethical water brand set up by Hollywood actor Will Smith and son Jaden Smith, which features sugarcane-made bottle lids.

Dipping into the sea to help save the world, London-based engineering start-up Notpla identified seaweed as the base material for its eco-friendly packaging solution Ooho.

This edible and flexible material, billed as the “water you can eat”, is used mainly to store drinks and condiments.

That’s because once its contents have been consumed, Ooho can be eaten or disposed of in food waste bins, where it will gradually biodegrade in about four to six weeks, causing no harm to the environment either way.

The compostable packaging was used by Lucozade Sport at UK-based endurance events Richmond Marathon and West Sussex Tough Mudder in September 2018, and was also used at this year’s London Marathon.

It is fair to say the corn industry is huge – according to online database Statista, the US alone produced 370.96 million metric tonnes of corn in 2017/18.

Gardening website Harvest to Table says corn can take from 60 to 100 days to reach harvest so not only is there a lot of corn, it is also easy to grow – an ideal candidate then for use in sustainable materials.

UK-based foodware and packaging company CornWare has developed plastic bags and lunch boxes distributed to catering businesses and homes out of corn.

Milk is one of the most consumed thing in the world, it’s fair to say – and now, scientists say it can be made to create plastic.

A protein found in cow’s milk called casein is commonly used to make the material.

Plastics made out of casein have been around since the start of the 20th century but was initially found to be too brittle.

But in 2017, scientists in the US tested the potential of using casein combined with pectin, a substance found in fruits, to produce plastic for food packaging as it is said to be a good oxygen barrier.

French packaging company Lactips has created plastic pellets for casein, which it says makes the material functional and versatile for use in everything from plastic cutlery to film.

As one of the easiest natural resources to grow on the planet, mushrooms could be a popular choice in future for a sustainable source of packaging.

Ecovative is one of the early adopters, creating mushroom-based packaging material EcoCradle.

So successful was this product, IKEA has started using this to replace its polystyrene packaging.

Perhaps the alternative packaging material that most fits into the circular economy is plastic made out of food waste.

In 2018, it was reported in a study from environmental campaign group Friends of the Earth Europe and Zero Waste Europe that 37% of all food sold in the EU is wrapped in plastic.

Finding a new use for food waste is a clear environmental issue and one of those identified in the industry is packaging.

The UK government, in particular, is exploring this area by providing £60m ($79m) in funding to help projects that turn food waste into plastic.

Cruz Foam receives $18m in Series A funding round

ProAmpac partners with Recon² to increase recycled content in its packaging