From Austria to Wales: The five best recycling countries in the world

NS Packaging's Thomas Parker takes a look at the five best recycling countries in the world, and what makes these so successful 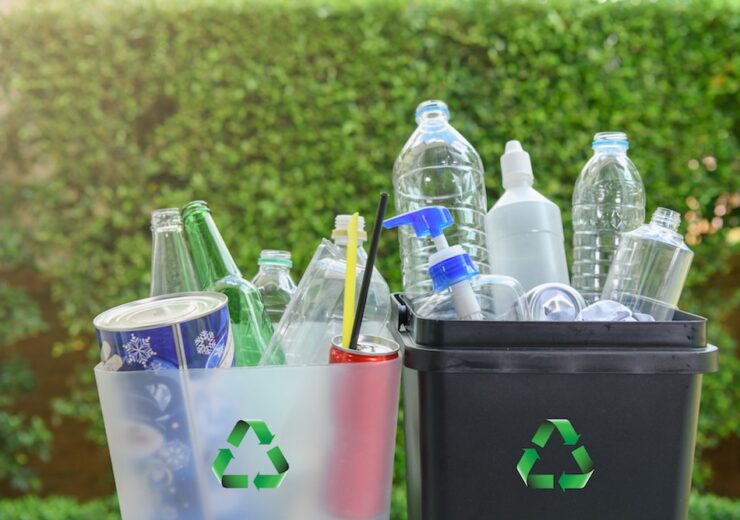 In 2018, independent sustainability consultancy published a list of the best recycling countries in the world (Credit: Shutterstock/S.SUPHON)

From handing over waste management responsibility to packaging firms to re-using materials for their initial purpose, the world’s best recycling countries are coming up with innovative ways of upping their sustainability game.

According to 2018 figures from the United Nations, 11.2 billion tonnes of solid waste is produced on Earth every year, with this contributing to about 5% of all global greenhouse gas emissions.

Given these statistics, governments of major nations from around the world are doing more to develop recycling programmes.

European Union targets set out last year require member nations to recycle at least 70% of all packaged goods by 2030 and for household recycling rates to be 65% by 2035.

In 2018, environmental consultancy firm Eunomia Research and Consulting teamed up with the European Environmental Bureau to release data on the top nations for recycling rates in the world.

We take a look at the five best recycling countries, according to the report.

Since 2016, Germany has had the highest recycling rate in the world, with 56.1% of all waste it produced last year being recycled.

In 1990, Germany conducted a packaging audit to help counteract the potential rise of landfill problems.

To help prevent this, policymakers made producers responsible for the packaging waste they developed.

The response to this by manufacturers was to create “The Green Dot”, the first-ever duel recycling system in the world for collecting waste from households and businesses.

It is funded by industry and waste costs are dependent on the weight of a product that companies make – therefore, the lighter it is, the less money that has to be paid by manufacturers.

This collaboration has led to the recycling rate in Germany increase from 3% in 1991 to 56.1%.

In January 2019, the country introduced the German Packaging Act.

The main aim of the legislation is to prevent or reduce the impact of packaging waste on the environment, as well as making retailers more responsible for promoting the use of eco-friendly products.

As a member of the European Union, Germany is also involved in the Circular Economy Action Plan – which aims to make sustainable products the norm.

The rules also restrict single-use products and ban the destruction of unsold durable goods in the trade bloc.

Fellow Bavarian nation Austria takes second place in the Eunomia list with a recycling rate of 53.8% in 2018.

The country has a blanket ban on certain waste types going to landfill.

Any product that has a total organic carbon emission rate of more than 5% is banned, which in effect prevents any packaging from ending up in the ground.

Like Germany, Austria operates a producer responsibility model. The most well-known of the companies running these systems in the country is Altstoff Recycling Austria (ARA).

The ARA was set up in 1993 and is responsible for the waste management of the businesses that pay into the firm.

It is a big believer in the circular economy and also offers teaching materials, including comics and colouring books, to help educate young people about the importance of recycling.

It has enjoyed success until now with a system in which privately-run companies collect the waste and sell it on for profit.

However, this is due to change soon after near-neighbour China altered its own environmental policy.

In April 2018, the economic superpower banned the import of plastic waste, and as the biggest buyer of Korean material, this was a problem.

Korean businesses are no longer making as much money from the recycling scheme, resulting in staff lay-offs and plastic waste starting to pile up on its streets.

These issues lasted for two weeks before the government agreed to provide financial help to the recycling companies.

Commenting on the waste management crisis, former Environment Secretary Kim Eun Kyung said: “To resolve the plastic waste crisis, society as a whole needs to change its ways of production, consumption, recycling and even the culture.”

South Korea has since implemented policies that include the banning of both coloured plastic bottles and PVC by 2020.

It will also reduce and eventually phase-out disposable cups and plastic screws, getting rid of these products completely by 2027.

In addition to this, in February 2020, South Korea’s environment ministry published a general policy to reduce waste paper imports.

It also said it will improve the domestic recycling plastic bottles by collecting them separately from other recyclables.

Overall, the South Korean government is looking to collect 100,000 tonnes of plastic bottles per year by the beginning of 2022.

It’s the smallest country on the list but Wales is flying high when it comes to its 52.2% recycling rate recorded in 2018.

Due to constitutional rules set out by the country’s devolved government, its policymakers have a statutory duty to help promote sustainable development.

Like the rest of the UK, recycling in Wales is operated by local administrations.

However, the Welsh Assembly has offered a recovery system to local areas that can be financed by councils, with most taking the scheme on board.

This means that both people and businesses have similar rules on what can and can’t be recycled across the country.

Alongside this, Wales operates a “circular economy in all but name”, according to Dr Andy Rees, head of waste strategy for the Welsh government.

The country also has frozen targets.

The recycling system has been so successful, it reached its recycling target of 64% by 2019/2020 four years early.

In July 2020, the Welsh government launched a consultation on plans to ban a range of single-use plastic items.

If implmented, a range of single-use, hard-to-recycle and commonly littered plastic items – such as straws, cotton buds, polystyrene food and drinks – would banned, subject to exemptions, from autumn 2021.

One of the keys to the recycling system in the country, which is hailed by many as one of the best in the world, is due to its “polluter pays” policy – in which households and businesses pay for any non-recycling waste they produce.

Unlike in Austria and Germany, this principle is incurred by the public as well as manufacturers, meaning that regular citizens are encouraged to recycle.

Alongside this policy, bin bags for landfill waste are also taxed.

Commonly used household goods including tin and aluminium cans, light bulbs, paper and electronic products can be recycled, with these being taken to recycling points across the country – typically found at supermarkets.