Antigua and Barbuda, Trinidad and Tobago and Paraguay have joined Clean Seas campaign, as part their efforts to reduce marine plastic pollution. 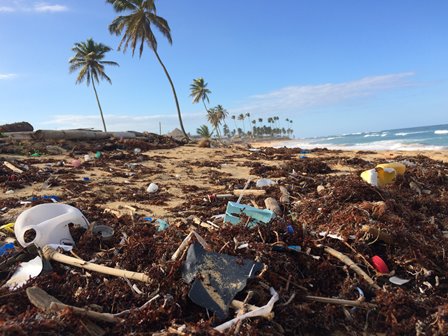 The Clean Seas campaign is claimed to be the world’s largest alliance to combat marine plastic pollution. With the joining of three nations, the number of countries supporting the initiative reaches to 60.

During the Fourth UN Environment Assembly in Nairobi, the three nations signed up to join the initiative.

Clean Seas campaign, which was launched in 2017, works with governments, businesses and citizens to reduce the unnecessary disposable plastics to protect oceans and rivers from a toxic tide of pollution, which became a threat to livelihoods and wildlife. The alliance is said to cover more than 60% of the world’s coastlines.

In 2016, Antigua and Barbuda banned single-use plastic bags and became the first country in the region to undertake this kind of initiative in the region.

The island nation is planning to ban the use of polystyrene products from the next year, as well as intends to expand its recycling capacity and extend a scheme to collect and recycle plastic bottles.

“We are delighted to join the Clean Seas campaign and share our drive and experience with other nations so that together we can take decisive action to turn this toxic tide that threatens livelihoods, wildlife and the survival of our oceans.”

Landlocked Paraguay has pledged to clean its polluted rivers, beginning in the capital Asunción. In February, over 1,000 volunteers cleared 43 tons of waste from the Mburicaó River as part of the initiative.

Trinidad and Tobago’s top priorities include the enhancement of waste management system and educate the population regarding the requirement of separating household waste.

Trinidad and Tobago planning and development minister Robinson-Regis said: “We are delighted to join this powerful global movement to tackle marine plastic pollution. As a twin-island nation with limited space, we are keen to develop sustainable waste management solutions and expand our recycling capacity.”