Companies like Mars and Coca-Cola have released figures on how much plastic they use. Thomas Parker looks at how these businesses plan to deal with the volume levels 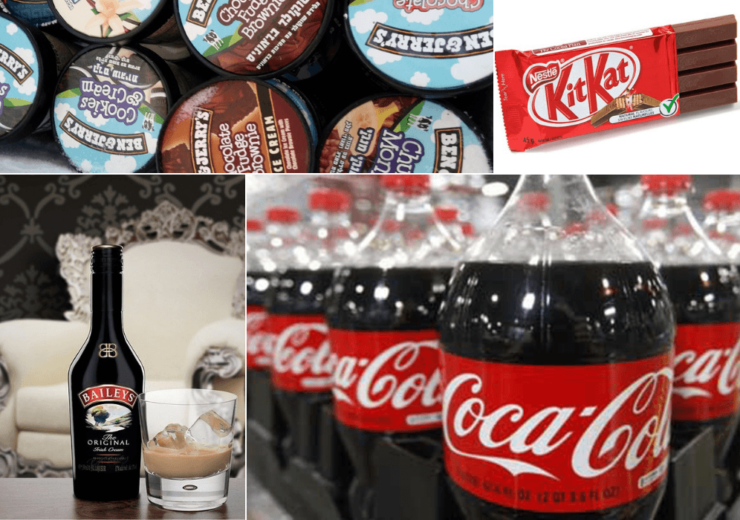 Of the 105 companies that have signed up to the New Plastics Economy, 53 have released figures on how much plastic it either uses or produces

Major firms like Mars and Coca-Cola are looking at ways they can recycle their plastic more effectively, as the world becomes acutely aware of the effect that it’s having on the environment.

Recently, the policies of companies regarding the disposal and reuse of the material have been made public, with major corporations signing up to the New Plastics Economy.

The initiative, set up in October 2018, is being led by the Ellen MacArthur Foundation, which is bringing together key stakeholders to try to rethink the way the world uses plastic.

Alongside various individual commitments, every one of the 105 companies signed up have agreed to make 100% of their plastic packaging reusable, recyclable or compostable by 2025.

The organisation released an update on the campaign’s progress at the beginning of March.

Included in this announcement were details on how much plastic packaging companies use.

We take a look at some of the biggest businesses to have released this data, and what they’re doing to try to tackle this issue.

Diageo is one of 12 British consumer goods companies that have signed up to the initiative.

The firm, whose brands include Guinness, Smirnoff and Baileys, uses 40 thousand tonnes of plastic packaging a year, equivalent to the weight of just under four Eiffel Towers.

The company is making sure that all of its products can be widely recycled by 2025.

The alcoholic drinks giant has also committed to making 40% of its plastic packaging from recycled content by 2030.

The firm will complete a comprehensive screen process for all of the brands in its portfolio by the end of 2019, in an effort to eliminate any unnecessary plastic packaging.

Mars, Incorporated is one of the biggest companies to release figures on how much plastic packaging is in its supply chain.

The confectionery giant behind chocolate brands Mars, Milky Way and Snickers uses 129,000 tonnes a year, which is just over the weight of one blue whale.

Along with the company aiming to eliminate all PVC from its packaging by 2020, Mars is also engaging with the recycling group Material Recovery of the Future.

The organisation, which the likes of Nestlé, PepsiCo and P&G are also partnered with, is working to create a flexible packaging kerbside recycling system for these businesses.

Mars is also testing whether it can make its plastic out of pyrolysis, a material that decomposes quicker under high heat, this year.

As the world’s largest food and beverage company, Nestlé holds a lot of influence in its industry.

One action that Nestlé has taken has been to create a list of materials that have been banned from being used in any new products, including non-recyclable plastics and polystyrene.

These materials will also be phased out of any existing products, with them being eliminated completely by 2024.

Nestlé has also created a research institute in an aim to make 100% of all the company’s packaging either reusable or recyclable by 2025.

Arguably the largest company to release its figures, Coca-Cola has been one of the most active of businesses to try and change the way it deals with the material.

In 2017, the firm used three million tonnes of plastic, or the weight of six Burj Khalifas.

The initiative started at the beginning of 2018 and sets the firm a target of making all of its packaging recyclable by 2025, with 50% of its packaging being made out of recycled material by 2030.

Speaking on the launch of World Without Waste, president and CEO of The Coca-Cola Company James Quincey said: “Through our scheme, we’re investing in our planet and in our packaging to help make the world’s packaging problem a thing of the past.”

Owner of Magnum, Persil and Hellmann’s, Unilever is one of the UK’s largest confectionery and household goods supplier.

The business currently uses 610,000 tonnes of plastic packaging a year, which is close to the same weight as twelve Titanics.

The company has already eliminated 99% of all PVC in the brands in its portfolio and is against the use of oxo-degradable materials.

This type is designed to biodegrade quicker than conventional plastics.

However, it has been criticised by scientists who say it breaks down into microplastics.

Swedish carton-making giant Tetra Pak is one of only two major packaging companies signed up to publish its usage.

It currently uses 721,000 tonnes of plastic a year, or close to the weight of eight Washington Monuments.

One of the ideas that has been implemented by the company was to partner up with waste management firm Veolia.

This alliance is designed to help develop both recycling technology and infrastructure in Europe.

Tetra Pak is also aiming to incorporate a minimum 10% recycled plastics in all of its products sold in Europe by 2025.

Last year, the toothpaste giant launched a recycling service in the UK, accepting any used tooth-based products, working alongside not-for-profit TerraCycle to carry out the scheme.

The charity provides any consumer who has signed up for the scheme to download a free shipping label, which sends the items to the organisation.

For every kilogram of waste that gets sent, £1 will be given to a charity of the sender’s choice.

Colgate also aims to make 50% of its packaging from recycled content by 2020.

To help with this, it’s a member of two recycling organisations in the US, Closed Loop Fund and the Recycling Partnership.

The Recycling Partnership works alongside local authorities across the country, investing in public-wide education on the importance of recycling, in an aim to improve rates.

The Closed Loop Fund is an investment group made up of manufacturers and communities to help implement waste programmes that can function as part of the circular economy.

The Colgate-Palmolive Company is also looking to develop a reuse/refill strategy for its products by the end of the third quarter of 2019, and is also trying to eliminate PVC in all of its packaging by 2020.