As part of its work, Google is looking to make 100% of its Made by Google products launching in 2022 and every year after with some recycled materials 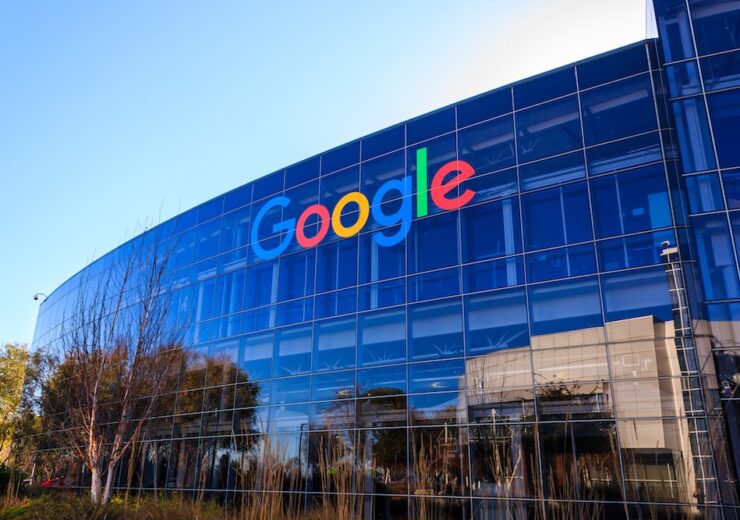 Since 2015 Google has been a global partner of circular economy charity the Ellen MacArthur Foundation (Credit: Shutterstock/achinthamb)

In June 2019, Google published A Circular Google, its strategy to enhance the circular economy in its business, as part of its wider effort to build sustainability into everything it does.

The circular economy concept that the tech giant is looking to introduce is a waste management process meaning a material is designed to be used and reused.

It’s something that, according to a report published by multinational professional services company Accenture in 2015, could generate $4.5tn in new economic output by 2030.

Google is one of a large range of businesses involved in pushing the system forward, with it being a global partner of circular economy charity the Ellen MacArthur Foundation since 2015.

Four years later it appointed Mike Werner, who has worked in sustainability for first Apple and then Google for more than five years, to be its circular economy lead.

Explaining his role at a webinar hosted by the Sustainable Packaging Coalition towards the end of January, he said: “As the lead for the circular economy, I reside on our global sustainability team in a cross-functional role.

“This means I’m largely responsible for the development and execution of the circular economy strategy across the company, and it’s an honour to work with so many other Googlers to bring that vision to life.”

Consumers need to know ‘what and where to recycle’

A significant part of a successful circular economy is a strong recycling system – however, in order to improve this, there are a few hurdles that need to be jumped.

Firstly, most average consumers have a lack of knowledge as to what waste needs to go where.

A survey conducted by resource management company Viridor in 2016 discovered that the British public was “frustrated at the lack of consistency and transparency surrounding recycling” in the country.

Werner believes there needs to be a better way for consumers to know “what and where to recycle”.

He added: “The average person is in the dark when it comes to what their city accepts, and what and where they should put their waste.

“And so we’ve seen what’s been characterised as wish-cycling, which is having some really big downstream impacts – so this is an important area to try and change.”

In order to help improve this, Google partnered with Earth911, which is a free online resource designed to help consumers to have more sustainable and eco-friendly practices.

Beginning in 2019, it integrated all of Earth911’s data on North American recycling locations into Google Assistant.

This meant people could ask Google how to recycle something, and, based on someone’s geolocation, where to go.

Werner added: “And that’s really the first step, we think there’s so much more that we can do globally when it comes to that work.

“The second challenge is telling people how and why it’s important to recycle around the world.

“This is because it’s not clear to folks why it’s necessary to keep things in the economy, why it’s important to recycle and how they should do it most effectively – so we think there’s a place for technology when it comes to that.

“And I think the third challenge is that the recycling system needs innovation and investment.

“Creating a circular supply chain for plastics means that we fundamentally have to rewire how these materials flow in the world.

“So we need large scale investment to be able to process the kinds of volumes and the types of materials that we consume and discard.

“These are three really interesting areas where we think technology can play a role.”

Published in 2019, Google’s Circular Google initiative was introduced with the goal of “maximising the reuse of finite resources” across its operations, products and supply chains.

As part of this work, it’s looking to make 100% of its Made by Google products launching in 2022 and every year after with some recycled materials.

It has also said that it’s looking to completely eliminate plastic from all its packaging by 2025.

Werner explained: “That means things like loose films, plastic wrap around both the boxes and the devices themselves, as well as plastic laminated paper, are going to get removed in the years ahead.

“This is going to make our packaging far more recyclable, particularly when it gets to the paper mills that need to bring this material back into the economy.

“But another piece of our strategy is about looking into other standards and aspects of packaging, sustainability and circularity.

“So we certify some of our devices to a programme that considers an array of aspects of sustainability around packaging such as sustainably-sourced fibre, FSC-certified papers, as well as chlorine-free and related bleaching processes – and that, in turn, trickles into our other product packaging.

“So that’s an example of our strategy and tackling pieces of circularity around packaging.”

In terms of executing some of these goals, Werner acknowledges there are “some challenges ahead” but believes his team has a “executable plan”.

He added: “It does require things to be created, tested and implemented – and it’s not without risk.

“Some of the easiest wins include things that can be substituted today with paper such as box labels, replacing some plastic wraps with paper wraps and moving some thermal forms over to molded fibre options.

“Some of the bigger challenges that we have include things like scuff prevention – consumers don’t want to receive their product with what appear to be defects.

“As the product moves and is shaking in transit, plastic does its job really well – and in some applications, papers are still a bit too abrasive.”

When it comes to the transition to circularity for businesses as a whole, Werner believes the journey they’re going on is reminiscent of the early renewable energy days.

He explained: “There was a lot of investment, a lot of hard work and a lot of pain but it eventually leads to an inflection point where things become cheaper and easier to do.

“A proof point to this is that demand for recycled materials has grown significantly as we’ve seen with dozens of the world’s leading brands, most of whom are committed to record levels of recycled content in their products.

“And we know that there isn’t enough supply, so this is creating an economic opportunity for the market to respond.

“We’re also seeing new products coming to the market that’s going to test our ability to fall in love with reusables and reject the premise of the single-use disposable mindset and product delivery.”