From sailing to the circular economy: What is the Ellen MacArthur Foundation?

First dreamed up during a record-breaking sailing trip, the Ellen MacArthur Foundation has since become one of the leading voices on the circular economy 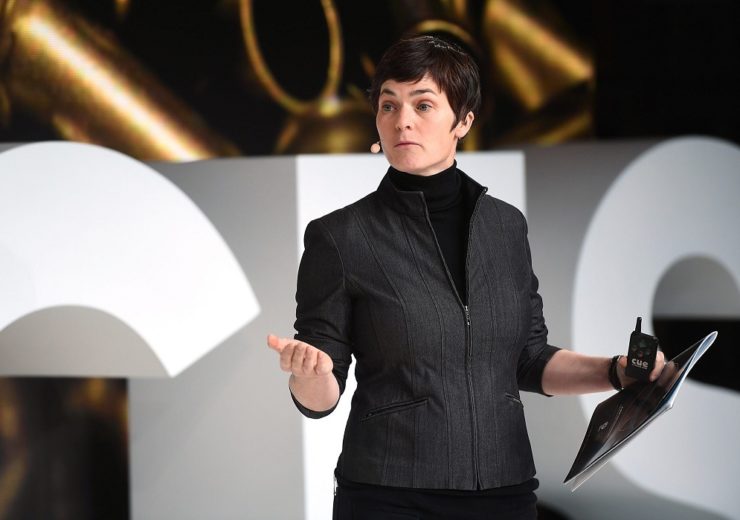 Since its launch in 2010, the Ellen MacArthur Foundation has been one of the leading voices in sustainable packaging — one of the hot button issues for the industry in the past few years.

The non-governmental organisation (NGO) is most well-known for its heavy promotion and influence within the circular economy, a system designed to keep a material in constant use for as long as possible.

It has achieved this in ways, including its work alongside the European Union’s Resource Efficiency Platform and a range of talks at the World Economic Forum.

One of the organisation’s recent initiatives is the New Plastics Economy Global Commitment, designed to build momentum towards a global plastics system that works in the long term.

Launched in October 2018, the Ellen MacArthur Foundation, alongside the United Nation’s Environment Programme, has recently published its first annual progress report on the project.

This has included almost 70% of relevant company signatories targeting the elimination of single-use straws, carrier bags and black plastic, with around 80% removing PVC from their packaging.

We take a look at the history of the Ellen MacArthur Foundation, from its roots in record-breaking sailing, to becoming one of the world’s leading voices in the sustainable use of plastics.

She first came to prominence internationally in February 2005, when she broke the world record for the fastest circumnavigation of the globe, in a then-record time of 71 days, 14 hours and 18 minutes.

Following her return to England, she was made a Dame, in recognition of her achievement.

Due to the fact she was racing against the clock, she had to take the minimum amount of resources to be as light and as fast as possible.

“My boat was my world, I was constantly aware of its supplies limits and when I stepped back ashore, I began to see that our world was not any different,” said Dame Ellen on the organisation’s website.

“I had become acutely aware of the true meaning of word ‘finite’, and when I applied it to resources in the global economy, I realised there were some big challenges ahead.”

Following the realisation, Dame Ellen met with experts across a variety of countries, economies and industries to gain a better understanding of how the global economy uses its resources.

Launched in September 2010, the Ellen MacArthur Foundation was set-up to accelerate the transition towards a more circular economy.

One of the first initiatives the organisation got up and running was Project ReDesign, which saw 150 students from 24 schools take part in five hands-on workshops surrounding the circular economy.

Launched in 2011, it aimed to challenge students to re-think whether the waste problem was, in fact, a materials opportunity, exploring this by looking at a systems-level redesign.

The following year the foundation released a three-minute animation explaining the circular economy model, with the video watched 80,000 times in its first week.

During the 2012 hosting of the Davos World Economic Forum, an influential global membership organisation comprising multi-national corporations across many industries, the Ellen MacArthur Foundation launched the first economic report into the circular economy.

Published on the opening day of the conference, it quantified the $630bn value the system could bring in Europe.

In the same year, the European Union’s then-commissioner Janez Potočnik invited Dame Ellen to work alongside its Resource Efficiency Platform, designed to aid the transition to a more resource- and regenerative-led circular economy.

In 2018, The Ellen MacArthur Foundation signed an agreement with the UN Environment Programme to scale-up and accelerate the shift towards a circular economy.

Announced during the World Economic Forum Meeting in Davos, Dame Ellen said: “An outdated, take-make-dispose linear economy is the root cause of some of today’s most challenging problems.

“The circular economy provides a framework to design an economy that is restorative and regenerative, and creates benefits for society and the environment.

“I am delighted to work with UN Environment to further our shared goals of scaling up and accelerating this systemic shift at a global level.”

The partnership was set up to focus their joint efforts on stimulating both public and private sector engagement with circular economy solutions.

From CE100 to the Plastics Pact: Wide-ranging initiatives to progress the circular economy

The Ellen MacArthur Foundation’s first major business-wide initiative, CE100, was launched 2013, after an exceptional response from businesses to understand how to unlock the opportunities of the circular economy.

An alliance of 100 global corporations, the network provides a pre-competitive space to learn, share knowledge and build collaborative approaches.

Global partners of the group include Google, Unilever and DS Smith, with its membership made up of the likes of Apple, Ikea, McDonald’s and Microsoft.

Following the success of the international CE100, the foundation set up two individual chapters, firstly in Brazil in 2015, before launching a US organisation a year later.

Also in 2016, the Ellen MacArthur Foundation set up the New Plastics Economy, an initiative to build momentum towards a global plastics system, alongside more than 40 leading businesses and cities to re-think and re-design the future of plastics.

Two years later, the New Plastics Economy began its major flagship project, the Global Commitment, uniting businesses, governments and other organisations behind a common vision and targets to address plastic waste and pollution at source.

Developed in collaboration with the UN Environment Programme, it targets all businesses signed up to the agreement to make 100% of their plastic packaging recyclable, reusable or compostable by 2025.

The signatories include companies which represent 20% of all plastic packaging produced globally, as well as governments, NGOs, universities, industry associations, investors and other organisations.

Supported by the UK government’s Department for the Environment, Food and Rural Affairs, the group is designed to bring together stakeholders to set ambitious, time-bound targets to eliminate unnecessary and problematic single-use plastic packaging.

Speaking at the time, the then-environment secretary Michael Gove said: “Our ambition to eliminate avoidable plastic waste will only be realised if government, businesses and the public work together.

“I am delighted to see so many businesses sign up to this pact and I hope others will soon follow suit.”