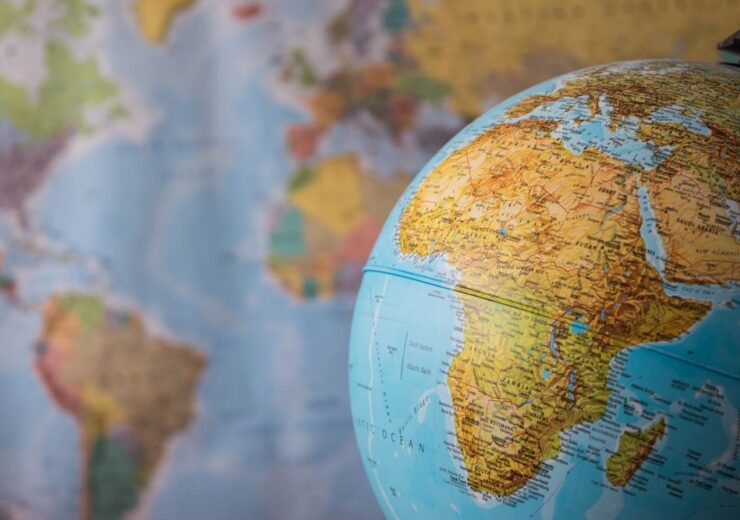 According to the United Nations Population Fund, there are 200 million people aged between 15 and 24 in Africa (Credit: Shutterstock/wael alreweie)

First conceived in 2016 and then launched in 2017, the African Circular Economy Alliance is a country-led platform that aims to lead advocacy projects, undertake policy research and support high-impact circular economy projects.

The organisation, co-chaired by the environment ministers of Rwanda, Nigeria and South Africa, was set up to improve waste management on the continent.

According to the United Nations Environment Programme (UNEP), waste collection services in African countries are “inadequate” with the average municipal solid waste collection being at only 55%.

And, while recycling has begun to emerge across Africa, it has been driven more by poverty, unemployment and socio-economic need than by public and private sector design.

Because of this, although an estimated 70% to 80% of the municipal solid waste in Africa is recyclable, only 4% of this is currently recycled.

NS Packaging looks at why such a system would be beneficial to countries in Africa, and what the African Circular Economy Alliance is doing to improve waste management systems across the continent.

How the circular economy could benefit countries in Africa?

The circular economy is a model that is regarded as an alternative to the traditional supply chains used in the past, such as a linear economy – which is a method that means using material once and then throwing it away.

Unlike this, the circular economic process means a material that’s designed to be used and re-used.

This means, in essence, waste items are in use for as long as possible, before recovering and regenerating the product’s material at the end of life.

Because of this, all resources are used to their highest value and reused continuously rather than being thrown away.

This is a system that national institutions across the world are turning to in order to improve their waste management systems.

In March 2020, the EU’s European Commission adopted the new Circular Economy Action Plan, one of the central elements of the trade bloc’s Green Deal.

Its plan focuses on design and production for a circular economy, ensuring resources are kept in an ecosystem for as long as possible.

As part of this work, it will propose sustainable product legislation, which looks to ensure all items placed on the EU market are designed to last longer, and are easier to reuse, repair and recycle.

According to the World Economic Forum, Africa is well placed to profit from a transition towards a circular economy.

This is, in part, because – as the United Nations Population Fund reports – there are 200 million people aged between 15 and 24 on the continent.

And this number is expected to double by 2045, providing a potential demographic dividend for fast economic growth if enough jobs are created.

The opportunity for job creation through this is also stark as – according to the US’ Environmental Protection Agency – for every 100,000 tonnes of used goods, putting them in a landfill would create six jobs, recycling them would create 36 jobs, and reusing and repairing them could create up to 296 jobs.

What is the African Circular Economy Alliance?

The African Circular Economy Alliance was first conceived by the World Economic Forum and the Rwandan government in 2016 before being officially launched a year later.

It aims to spur Africa’s transformation to a circular economy, which delivers economic growth, jobs and positive environmental outcomes at the national, regional and continental levels.

It will do this by sharing best practices for the creation of legal and regulatory frameworks, building partnerships, and the financing and creation of circular economy projects.

In addition, it will advocate for and raise awareness of the circular economy at a national, regional and global level, and bring about new projects and partnerships within individual or multiple countries.

It plans to do this by facilitating seminars, training and workshops on the topic of the circular economy, and encouraging partnerships and sister projects in the member countries.

Alongside this, it will facilitate partnerships and sister projects in African and non-African countries, and develop a group of African leaders who champion the circular economy.

It will also create coalitions to implement on the ground projects on the circular economy and initiate pilot projects in member countries.

The organisation, which has ten member countries from across the African continent, has also given rise to a multi-donor trust fund with an initial capital of €4m ($4.8m).

The World Economic Forum has used its multi-stakeholder platform to bring parties together and continues to provide financial support.

Despite this, the African Circular Economy Alliance is a country-led programme governed by its co-chairs from Rwanda, South Africa and Nigeria.

In addition, it’s supported by a number of strategic partners including the African Development Bank, the Global Environment Facility, UNEP and the Platform for Accelerating the Circular Economy.

Its secretariat has begun researching how a circular economy can aid sustainable economic growth across Africa, with the findings being presented to all environment ministers as part of the African Ministerial Conference on the Environment in 2021.