FlexFilms CEO on Asclepius, the firm’s plastic film made from recycled materials

The Uflex Group, which FlexFilms is a part of, earned recognition at the 1995 Davos Recycle Forum for being the "first company in the world to recycle mix plastic waste" 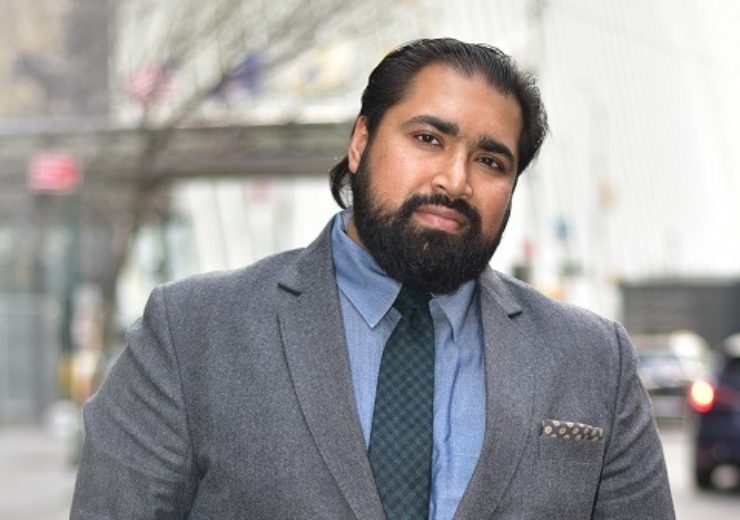 Uflex, India’s largest multinational flexible packaging company, is doubling its manufacturing facilities worldwide and pushing to decouple plastics from petrochemicals by investing in advanced recycling technologies and circular-economy initiatives, a process it pioneered in 1995. Packaging and Converting Intelligence writer Isobel Ellis speaks to Anantshree Chaturvedi, CEO and vice-chairman of FlexFilms – the global manufacturing arm of Uflex – about how advances like Asclepius, the group’s 90% post-consumer-recycled plastic film, are enabling companies to tell the story of a brighter future.

In one telling of his birth, the half-mortal Asclepius, so gifted a physician that Hades feared he would empty the underworld of its dead, was cut from his mother’s womb just as she was engulfed by the flames of her funeral pyre. The great Greek resurrector’s death was similarly violent.

Tired of vying with an upstart pharmacist to keep the human population in check, Zeus served Asclepius with a thunderbolt and threw his sizzling corpse into the night sky.

After an understandable period of estrangement between Zeus, who was the newly constellated hero’s grandfather as well as his killer, and Apollo, the father who murdered said hero’s mother, Asclepius was resurrected and apotheosised as the Olympian god of medicine.

That’s one model of a circular economy – and the kind of story you won’t quickly forget. For Anantshree Chaturvedi, the CEO and vice-chairman of FlexFilms, the global manufacturing arm of Uflex, the two things are intimately connected.

“We chose Asclepius for a brand name because in a way we’re providing medicine to the Earth,” says Chaturvedi.

Instead of collecting herbs for the purpose, “We’re taking old bottles, old junk left on the side of the street, we’re cleaning and reprocessing it, and we’re making it into virgin-grade film that will go back as a brand-new package, as a brand new pouch, as a brand new laminate.

“We’re the only company in the world that can produce 90% PCR films.” Accordingly, demand for Asclepius films has grown by almost 500% in the past six months.

Already one of the world’s largest packaging companies, Uflex is aiming to increase its geographic spread and double its plastic film manufacturing facilities by 2025 to meet the ever-growing demand for fast-moving consumer goods (FMCGs), a sector it revolutionised in India with its easily transportable low-price plastic pouches.

At the same time, the group is fighting what Chaturvedi calls the packaging industry’s “addiction” to petrochemicals with Asclepius and other initiatives, including the multilayer plastic recycling technology it first introduced in 1995.

In order to do so, it needs to create real economic value from what was once considered pure waste. As consumer decisions come to be driven more and more by sustainability concerns, Chaturvedi urges more FMCG companies to do the same almost as much for narrative reasons as ecological ones.

“These large-scale last-mile companies have to focus on ensuring that a significantly increased economic value gets assigned to the products that, to be honest with you, might end up littering the street, but have a brand’s most valuable asset on them: its logo and its name.”

FlexFilms CEO on the company’s move towards sustainability

Whereas once humans gathered around bards in the flickering firelight to hear about gods and heroes, now we remix memes of brands, cartoons and influencers in the blue glow of our phones. As insular as that might seem, consumers are also beginning to think about the impacts of their purchasing decisions over a much longer time frame and on a much wider scale.

As Chaturvedi vocalises it, the thought process is, “If I buy this product, will it have a positive impact on the environment, and on my life and my kids’ lives, or is it going to end up in landfill and leave a legacy that my children or my grandchildren have to clean up?”

Convincing consumers purchase packaging that is going to make a positive impact is not an easy task. Chaturvedi insists that he doesn’t understand Snapchat, but he believes the way to win and hold onto customers is by using packaging, like smartphones, as a way of sharing stories.

“Today’s consumers don’t want to buy a product,” he says, “they want to buy a story. The product has to be linked to that story.”

The company effectively introduced flexible packaging to the Indian market, which up until that point had been dominated by tin, glass and raw paper bags tied with string. It’s currently expanding from its bases in India, Dubai, Egypt, Poland, Mexico and the US with new plants in Hungary, Nigeria and Russia.

Even in the 21st century, the younger Chaturvedi compares the emerging nations where Uflex first made its name with the Gilded Age in the US of cowboys and robber barons in the latter half of the 1800s.

For all the differences he perceives between mature and developing markets, he believes that consumers everywhere (“from Manchester to Accra”) are beginning to make their purchases with sustainability in mind.

“It’s not the same as the debate we have with energy generation, where the developing world says it’s unfair that they can’t get the benefits of fossil fuels,” he explains. In fact, the greater level of consumption in developed countries over the past half century and more means that they have a far bigger volume of waste to clean up.

“With polymers, everybody understands the problem; it’s not something diffused in the air that people don’t see. Everybody agrees, and I think that’s a very beautiful thing.”

Across all of the countries Uflex operates in, Chaturvedi believes there are two categories of products that show how consumer preferences will drive the FMCG market into the 2020s.

As he puts it, when it comes to baby care and pet care, “consumers spend tremendous amounts of time and energy researching online and reading labels; and if a product in one of those categories has anything amiss, it instantly fails”.

Given the presence of the word ‘care’ in both of those product categories, and the way that having children tends to make parents think about the future, that’s not too surprising.

In fact, as Chaturvedi also points out, some of the most successful baby products sold by new companies on Amazon are packaged in containers that explain exactly where each component of the product came from and how it was sourced, as well as information on how to recycle it or otherwise prevent it from ending up in landfill.

As opposed to more established brands, these communicative strategies help parents to feel a greater degree of control over the world their children will grow up into, and allow them to think of their own actions as part of a positive societal story.

Indeed, there are few, if any, bigger stories brands can tell and make real than that of tackling the scourge of plastic pollution.

“At Uflex, we want to be a part of that,” says Chaturvedi. “We want to be at the forefront so that our legacy is remembered as part of the solution to the polymer problem.”

As stated above, that project started in the 1990s, when Uflex won a sustainability award from the World Economic Forum for its multilayer plastic (MLP) recycling technology, which makes it possible to produce more than 10,000 products from MLP waste.

“You can make everything from computer and TV screen shells, to keyboards, chairs and road dividers,” lists Chaturvedi.

“Although the applications are limitless, this waste is currently going into goods that don’t have a particularly high social stature, but it creates a source of revenue for all the people involved in the collection and reprocessing, and it gives consumers a different level of pride. You’re not going to make a $500 music system out of recycled waste right now, but eventually that day will come.”

With that, Uflex is creating clean energy from pyrolysis without releasing any microplastic waste into the environment, and working to make virgin-grade Asclepius film from 100% PCR plastic. Looking further ahead into the next decade, Chaturvedi’s aim is to ensure all of Uflex’s products are fully biodegradable.

“This will be the last generation that adds to the accumulation of plastics in the world,” he asserts. “After this, all the future generations will have to worry about is how to collect the old plastic, and reprocess it and enter it back into the economy for the ten billion people that will become consumers of those polymers, which honestly should not be a very Herculean task.” It will, however, be an Asclepian one.

This article originally appeared in the autumn 2019 edition of Packaging & Converting Intelligence. The full issue can be viewed here.