Waitrose is looking to use lobster shells to create eco-friendly packaging, while frozen yoghurt company Stonyfield has made cups from plant starch 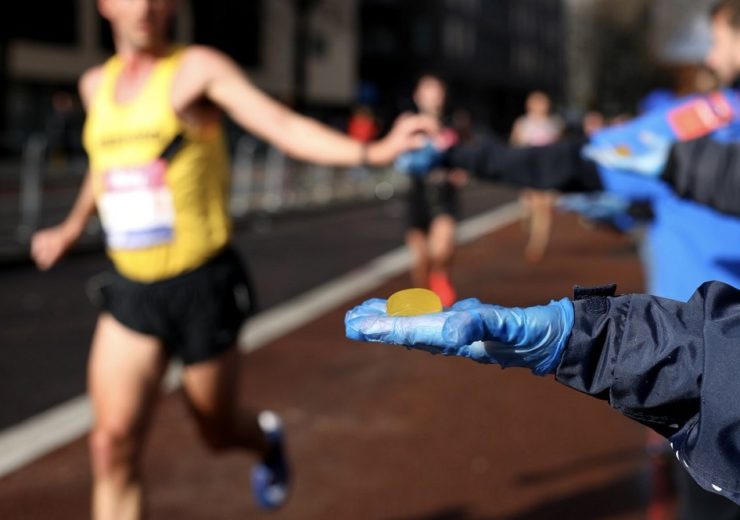 From lobster shells to seaweed, new materials are being sourced from across the planet to make eco-friendly packaging.

While still in their infancy, there are hopes in the industry they could one day replace paper, cardboard and plastic – the three most-used materials for carrying and protecting consumer goods that created 51.7 million tonnes of waste in 2016, according to the European Commission.

British alcoholic beverage company Diageo announced in April 2019 that it would remove plastic from its beer packaging, and instead use recyclable and biodegradable cardboard in place of plastic ring carriers and shrink wrap.

The Coca-Cola Company has launched a sustainability programme called World Without Waste, with the aim to collect and recycle as many bottles and cans as it sells each year by 2030.

Alongside the effort from businesses to reduce, reuse and recycle more of the materials used, other eco-friendly companies are developing sustainable alternatives for their packaging.

In April 2019, British food retailer Waitrose announced it would test new packaging made from lobster shells.

Working alongside Scottish biotech business CuanTec, the company announced it will develop new plastic film made from waste shells, alongside a visit to the firm’s innovation studio by Prince Charles.

Waitrose & Partners packaging manager Karen Graley said at the time: “While we are still at an experimental stage, the potential for this new packaging material is incredibly exciting.

“Conventional plastic films can’t currently be recycled, reused or composted – so finding an alternative which doesn’t go into landfill would be very significant in helping us reach our target of ensuring that all own label packaging is widely recyclable, reusable or compostable by 2023.”

Waitrose hopes the new packaging will replace plastic film on some of its fish products in 12 to 18 months’ time.

Created by the Imperial College London-based firm Skipping Rocks Lab, it aims to be the Tetra Pak of sustainable packaging.

In October 2018, Just Eat announced it would trial the use of Ooho in ten restaurants across London as sauce sachets.

Ahead of the 2019 London Marathon, Lucozade Sport said it would work alongside the packaging start-up to provide drinks bottles at the event.

“It’s only with collaboration and forward-thinking initiatives such as this partnership with the Virgin Money London Marathon that we can begin to address the global issue of plastic waste, and continue to minimise our impact on the environment.”

TemperPack is a developer of eco-friendly insulation material for cardboard boxes, designed to replace the plastics commonly used to keep food products in packaging hot or cold.

Its main product ClimaCell is made from paper and provides an alternative to common insulating materials such as Styrofoam coolers.

In September 2018, it was announced that meal kit supplier HelloFresh would use the product as liners to insulate its meal packs.

Uwe Voss, chief operating officer at HelloFresh, said: “Our customers want quality fresh food conveniently delivered to their doorstep, but with the most environmentally-friendly packaging, the meal kit category can deliver.”

Frozen yoghurt company Stonyfield has made two innovations in an effort to become more environmentally friendly.

The firm, based on a farm in the US state of New Hampshire, announced in 2010 it would make the packaging in its multi-pack cup products from polylactic acid.

Stonyfield chairman Gary Hirshberg said: “There’s never been a more urgent moment for all of us to recognise what we are doing to this one planet we call home.

“The great thing is that we can still turn things around and realise this incredible opportunity we have to build a sustainable economy where all of us win – consumers, industry and our children’s children.”

Using what the developers describe as “WikiPearl technology”, the frozen yoghurt product is wrapped inside a natural skin made from organic fruit, which makes the packaging completely edible.