From sending less waste to landfill to making all plastic bottles recyclable, we take a look at each of Coca-Cola’s subsidiaries' environmental policies 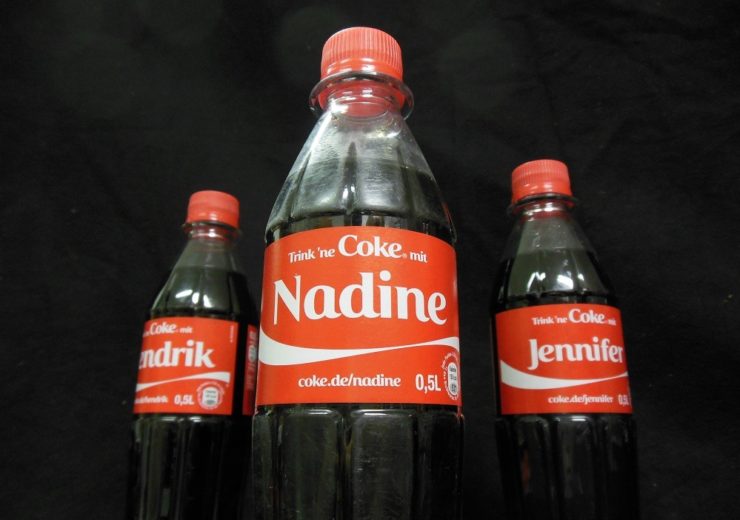 According to figures released by the company in 2019 as part of the Ellen MacArthur Foundation’s New Plastics Economy initiative, the firm used three million tonnes of plastic packaging last year.

In January 2018, to try and curb its environmental impact, the business set out a global commitment to collect and recycle as many bottles and cans as it sells each year by 2030.

Speaking at the time, the company’s CEO James Quincey said: “Consumers around the world care about our planet.

Alongside Coca-Cola’s overall commitment to reduce its environmental impact, the firm’s brands across the world have set themselves individual targets – with most deadlines by 2025.

Beginning life as a developer in clear glass bottles in 1890, FEMSA became a part of The Coca-Cola Company in 1993, forming Coca-Cola FEMSA.

The Coca-Cola Company owns 27% of Coca-Cola FEMSA, making it its second largest shareholder after FEMSA, and in 2018 the subsidiary recorded a total revenue of $9.2bn (£7.3bn).

In the same year, the division made 21% of the PET plastic in its packaging from either recycled or renewable sources, and all the water it used to make its drinks in Brazil, Central America, Colombia and Mexico was returned to the environment.

In its 2018 report, the company says it will continue to focus on comprehensive and responsible waste management, increase the use of recycled materials in its packaging, and participate in schemes and models that support post-consumption collection and recycling.

The business – which recorded a revenue of €6.6bn (£5.7bn) – operates in Greece, Ireland, Eastern Europe, Russia and Nigeria.

Coca-Cola’s Switzerland-based brand has outlined a set of sustainability targets it wants to hit by 2020, which include using 25% less packaging per litre of beverage it produced, and to have on average 40% of its total packaging recovered for recycling.

In 2017, the company gave an update on its progress towards hitting these targets, stating it had either achieved or was on course to achieving most of its aims.

Coca-Cola Beverages Africa was founded in 2014 when The Coca-Cola Company and Woking-based drinks producer SABMiller agreed to combine their operations with Coca-Cola Sabco, which was owned by Gutsche Family Investments.

It is the number one bottling company on the continent and the eighth largest globally by revenue – The Coca-Cola Company owns a 68.3% stake in the business.

As part of its sustainability commitments, the firm aims to reduce the rate of waste to landfill to 10%, although it hasn’t stated a deadline.

In South Africa, the company reduced the weight of the Coca-Cola bottles sold in the country, but also increased the amount of recycled PET in its plastic bottles.

Coca-Cola İçecek first started trading in Istanbul in 1964 under the name İMSA, but is now known by its current name, which it adopted in in 2002.

The majority shareholder of the company is Turkish-based beverage business Efes Beverage Group, with the second largest shareholder being The Coca-Cola Company.

In December 2017, the company became a part of ECPI, a rating and index company dedicated to environmental, social and governance performance research.

Alongside this membership, Coca-Cola İçecek is also committed to working with various stakeholders to establish an environmentally-friendly and economically-sustainable infrastructure for post-consumer packaging recovery and recycling.

In 2017, Coca-Cola European Partners set out an action plan called This is Forward, in which the firm set out commitments to make itself more environmentally-friendly.

By 2025, the company aims to make 100% of its packaging from recyclable or reusable.

By the same year, it wants to make sure that all its packaging is collected across Western Europe and that 50% of material used in its PET bottles comes from recycled material.

Coca-Cola European Partners’ CEO Damian Gammell said at the time: “We have listened carefully to our stakeholders’ customers, employees and consumers and our joint sustainability action plan is our commitment to delivering the change they want to see.

“It establishes how we hold ourselves accountable to each other and outside the world and how we create an environment people want to work in and where they believe in what we are doing.”

Coca-Cola Amatil began life as the British Tobacco Company in 1904, before it was renamed as the Allied Manufacturing and Trade Industries Limited in 1977, or AMATIL Limited.

At this time, The Coca Cola Company became the firm’s majority shareholder, with the company recording a trading revenue of 47.5bn AUD (£26.2bn) in 2018.

In March 2019, one of the company’s franchises, spring water distributor Mount Franklin, announced that 100% of its still water products measuring up to 600ml were made up of recycled plastics.

Gaelle Boutellier, Coca-Cola Amatil’s director of strategy and marketing, said at the time: “Like every good Australian, Mount Franklin is very aware that plastic is an issue for the environment and one that the brand has a responsibility to tackle.

“We’re calling on Aussies to keep recycling bottles and cans, so they can be reused again and again.”

A month after this, Coca-Cola Amatil announced that it will use 70% recycled plastic across its entire franchise of bottles that are 600ml and under.