What is TemperPack? The sustainable packaging insulation firm backed with $22.5m investment

Insulation firm TemperPack is a company on the up. And with the company receiving a new $22.5m investment, Thomas Parker chronicles the rise of this innovative start-up 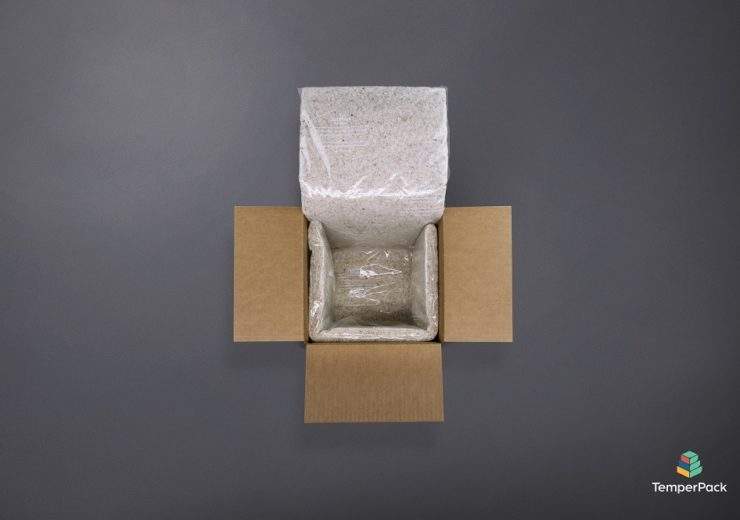 Ridding the planet of bubble wrap and polystyrene is the aim of TemperPack – a packaging firm that has now been heavily backed by investors.

The US firm makes eco-friendly insulation material that it claims to perform as well as traditional plastic insulators in keeping goods packed inside cardboard boxes warm and cold.

Used for perishable shipments in the food and pharmaceutical industries, the insulation product can also be recycled by curbside waste removers.

Set up four years ago, the sustainable design company has now been backed to the tune of $22.5m (£17.5m) in Series B financing as it prepares for the next stage of its growth.

The investment was led by investment firm Revolution, which has invested in projects such like Swiss sports data company Sportradar and Boston fitness-tracking app Run Keeper.

The latest wave of funding comes one-and-a-half years after TemperPack received a $10m (£7.8m) Series A investment from SJF Ventures.

It sparked a rapid rise for the Virginia-based company – as we chronicle here in a look at its short history.

Founded in 2015 by three friends in a garage, TemperPack created an innovative method of storing and shipping food through the use of ClimaCell – an insulation product it developed in-house that the company claims to be the first certified recyclable shipping cooler of its kind.

Dreamed up by Charles Vincent and James McGoff – former material engineering students at McGill University, in Montreal, Canada – alongside University of Pennsylvania finance graduate Brian Powers, TemperPack was born out of the desire to reduce the amount of unsustainable packaging, specifically in food storage.

Speaking in 2017, co-CEO Mr Powers said: “As soon as we founded the company, covered in plant fibres, hand-making thousands of units in our parent’s garages, we thought we were the crazy ones.”

Moving to Richmond, Virginia, after signing a partnership with a manufacturer in the city called Productiv, TemperPack developed its first installation product, JukeBox – a fully compostable liner.

In July 2017, it received the $10m in Series A funding at a point in the company’s history when it was already shipping millions of insulation products each month to more than 40 customers.

On 10 May 2018, TemperPack announced the next development in its portfolio of insulation technology – ClimaCell.

It is a paper-based insulator created entirely in-house, which the firm says provides an alternative to commonly insulating materials such as EPS foam coolers.

TemperPack’s director of research and development Michael Scipione said: “When we were initially developing this new type of insulation, we looked at a range of recyclable materials, and ultimately landed on a paper-based design due to its high recyclability rate compared to plastic.

“Insulation performance is paramount in the cold chain industry, so we engineered ClimaCell to perform on par with EPS on an inch per inch basis.”

Director of marketing John Briney added: “We found that companies in this space put high value on communicating their sustainability efforts to their end consumers, and we wanted to offer something that looks as good as it performs.”

The company has two factories based in Richmond – and opened a west coast site in northern Las Vegas after receiving a $4.5m investment by sustainable consumer goods fund Closed Loop in July last year.

Which companies have TemperPack worked with?

In September last year, US online wholesale retailer Boxed announced it had partnered up with TemperPack to test and develop packaging to prevent its range of chocolates from melting when being transported to customers during the summer months.

In the same month, it was announced TemperPack would provide liners to HelloFresh.

The meal kit supplier’s managing director and chief operating officer Uwe Voss said at the time: “Our customers want quality fresh food conveniently delivered to their doorstep but with the most environmentally-friendly packaging the meal kit category can deliver on.”

Almost two months later, it was announced that speciality pharmaceutical brand Diplomat Pharmacy will use ClimaCell coolers in its shipping of temperature-sensitive medication.

Diplomat CEO Brian Griffin said: “It’s difficult to dispose of EPS foam responsibly, and our patients have already expressed their excitement about reducing the amount of plastic heading to landfills.”

As part of the $22.5m investment was announced last week, Todd Klein – partner at Revolution, which led the funding round – will join the TemperPack board alongside Brian Carney, general partner at fellow investor Harbert Growth Partners.

Mr Klein said: “We believe TemperPack will lead in the elimination of Styrofo

am [a type of polystyrene insulation foam], which is increasingly under regulatory and consumer scrutiny due its negative impact on the environment.”

Growth of the insulated packaging market

The report says the reason for this rise is due to “increasing demand for pharmaceuticals coupled with the rising disposable income of the people in developing economies”.