Environmental charity Earthwatch conducted research into how much plastic is in rivers the UK. We take a look at the packaging that was found 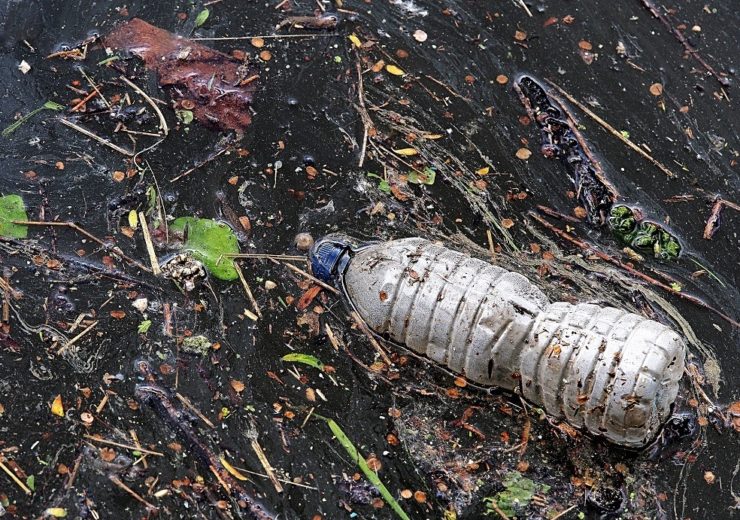 The vast majority of the eight million tonnes of plastic pollution that ends up in the world’s oceans every year gets carried there by rivers, according to a new report.

International environmental charity Earthwatch Europe found that six of the ten most common types of plastic discovered in UK rivers were packaging products.

It has now called on major governments from across the world to implement plastic reduction schemes in an attempt to reduce the amount of waste associated with the material.

Earthwatch Europe research manager Debbie Winton, who authored the report, said: “It’s really encouraging that plastic pollution is now at the forefront of many people’s minds, but with so much information out there, it can be hard to understand the best ways to make a difference.

“Our report provides simple, evidence-based recommendations to show people exactly what changes they can make – and the positive impact those changes will have on our waterways.”

We take a look at key findings in each of the six plastic packaging found in rivers across Britain.

At the top of the list was plastic bottles, including drinks bottles, toiletries and household detergents and cleaners, which accounted for 14% of the discovered materials.

According to a 2017 study from the House of Commons Environmental Audit Committee entitled Plastic bottles: Turning back the plastic tide, an average person uses 150 plastic water bottles a year.

It also found that 5.5 billion plastic bottles are littered, incinerated or sent to landfill each year, producing 233,000 tonnes of carbon dioxide or equivalent emissions.

But it believes 65% of people would be more likely to use reusable water bottles if tap water refills were freely available.

If everyone did use a reusable bottle, the Earthwatch report says this would prevent 6,741 tonnes of plastic entering the environment each year.

It has called for more work to be done such as initiatives like the UK’s Refill programme.

This was trialled in London in March 2018, with businesses and venues including Costa Coffee, fast food restaurant Leon and the Tate Modern art gallery offering free tap water.

London Mayor Sadiq Khan said at the time: “A free tap water scheme is long overdue in London and I welcome all retailers and businesses who have shown their strong commitment to reducing unnecessary plastic waste by joining the London Refill scheme.

The UK government launched a 25-year environment plan in January 2018, with the goal of achieving “zero avoidable plastic waste by the end of 2042”.

The scheme has since expanded across the country, with businesses in cities including Norwich, Exeter, Birmingham, Hull and Carlisle signing up.

The second on the list was food wrappers, including crisp packets, sweet wrappers, chocolate bars and other snacks, which accounted for 12% of the waste.

According to a 2018 UK consumer snacking market report by research company Mintel, crisps and “crisp-style” snacks are eaten by 90% of adults annually.

The recommendations outlined by the Earthwatch include the proper disposal of food wrappers, which could prevent 500 million plastic litter items from entering into the environment each year.

Alongside this, Earthwatch also believes more programmes from recycling company TerraCycle could have an impact.

However, there is no data on the effect the implementation of this could have on the environment.

Crisps brand Walkers is working with TerraCycle and has established recycling points for its wrappers, which allow people to collect them and drop them off.

Fourth on the Earthwatch Europe top ten list was food takeaway containers, including packaging supermarket food, found within 6% of the plastic river waste.

According to a World Wildlife Fund study, 5.2 billion food containers are used each year – of which 300 million end up as litter.

To tackle this problem, Earthwatch believes making food containers reusable – and having customers provide their own containers at food outlets – can prevent 1,290 tonnes of plastic litter going into the environment each year.

In addition, Earthwatch recommends takeaway outlets should allow customers to return containers and reward them with discounts to help encourage sustainability.

Cups made up 4% of the litter, with many of them being used for takeaway drinks such as coffee, juices and smoothies.

According to a 2018 disposable packaging study by the House of Commons Environmental Audit Committee, an estimated 2.5 billion takeaway coffee cups were used and thrown away annually, with 99% of these not being recycled.

Earthwatch believes the introduction of more reusable plastic cups could help, as it’s predicted 1,500 tonnes of plastic waste could be avoided in the UK if everybody switched to reusable cups. 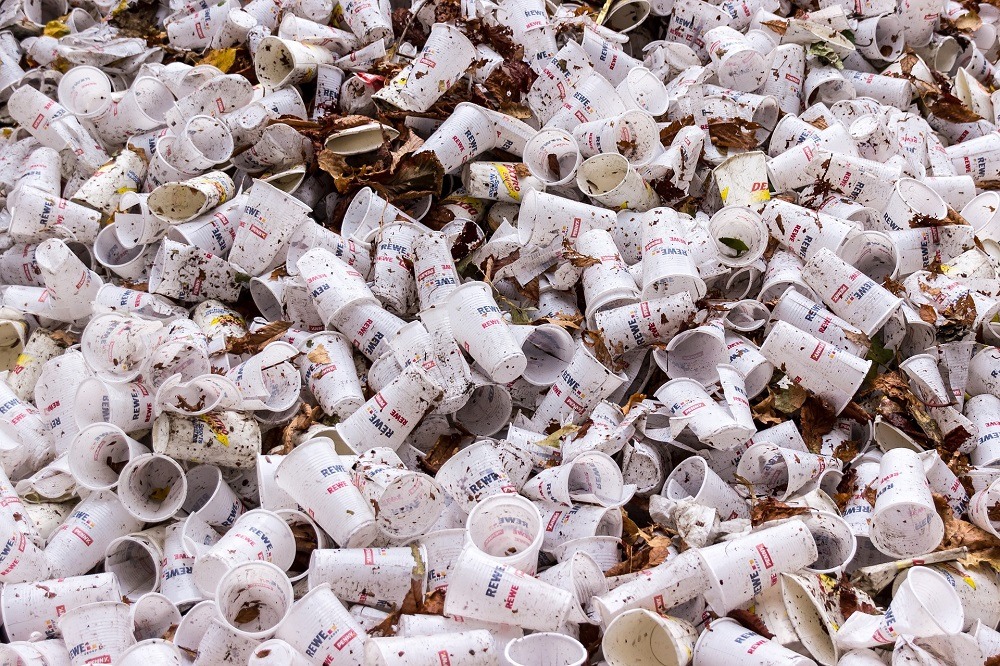 This is an idea that has been implemented by two of the biggest coffee companies in the country – Starbucks and Costa – which sell £1 reusable coffee cup, as well as a 25p discount to anyone using it for a hot drink.

Earthwatch says that in order to encourage sustainable choices, businesses should offer reusable cups at the point of sale and provide washing facilities for the cups.

Smoking-related packaging was found in 2% of the waste.

The recycling company and Japan Tobacco International have set up a scheme to collect any waste associated with cigarettes to recycle and be used in products including plastic lumber and boards. 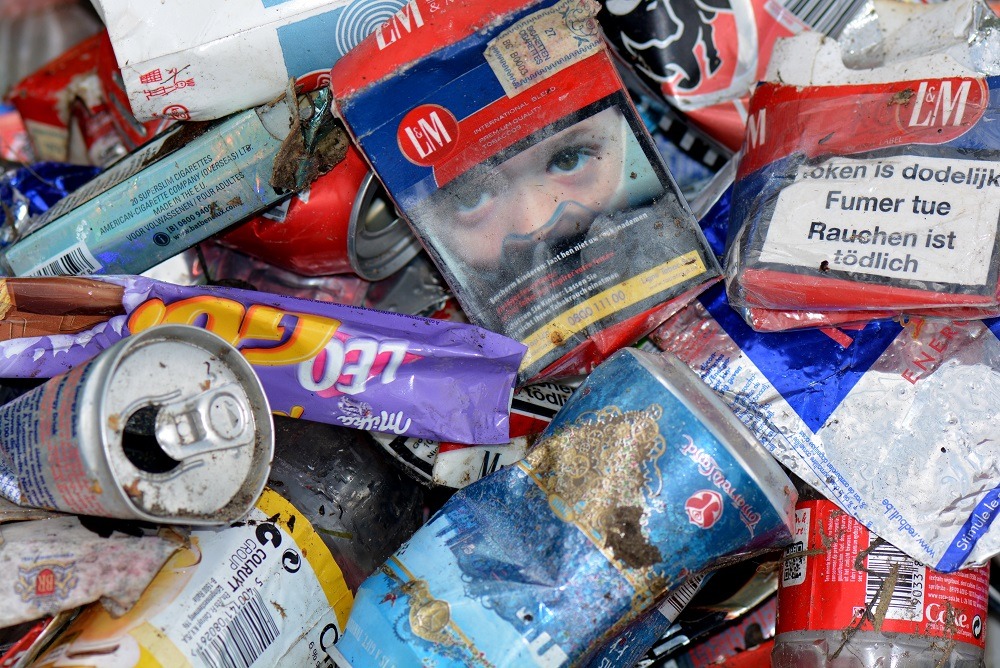 Any remaining tobacco or paper will be composted, meaning nothing goes to landfill.

Earthwatch also believes in continued development of alternative, recyclable materials, and researching its possibility for sustainability.

Rounding off the top ten for Earthwatch was single-use plastic carrier bags, which made up 1% of the plastic found in rivers. 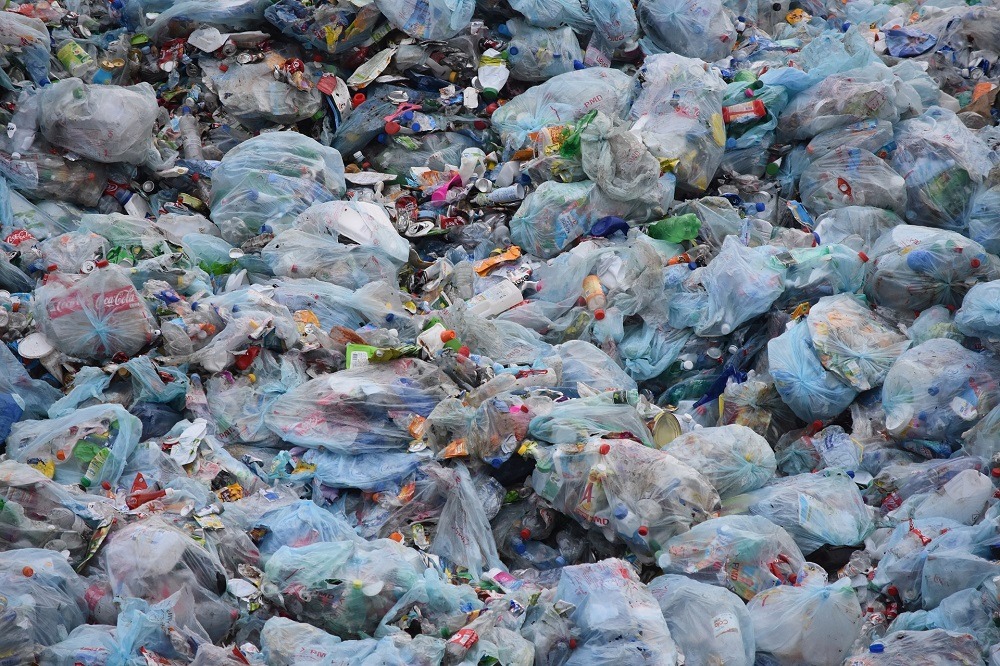 However, according to the same report, seven major supermarkets still issued more than one billion bags in 2017-18.

Earthwatch recommends using reusable bags, as it could save 9,000 tonnes of plastic waste each year.

The report also says there should be a higher charge put onto single-use plastic bags or other incentives, alongside carrier bag recycling or return schemes – an idea implemented by almost every supermarket in the country.