Drinks giant Diageo has announced its plan to remove plastic packaging from multipacks of its beer brands, including Guinness Harp, Rockshore and Smithwick. 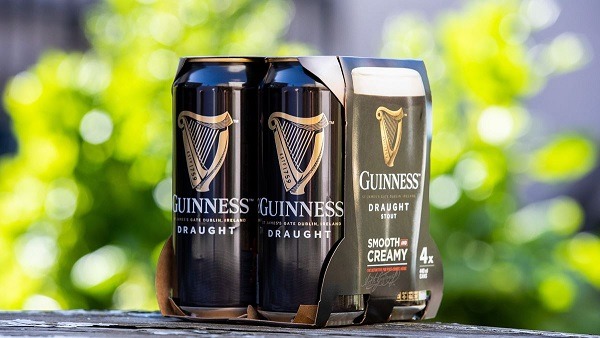 The firm said that it will eliminate plastic ring carriers and shrink wrap from packs of its beer brands.

It stated that the beer packs will be sold in 100% recyclable and biodegradable cardboard starting in August 2019.

The firm plans to roll out the new beer packaging in the UK and globally next year.

In an effort to reduce the amount of plastics used in beer packaging, Diageo is investing £16m at its undisclosed facility.

Baileys and Smirnoff global head of beer Mark Sandys said:  “For 260 years Guinness has played a vital role in the communities around us.

“We already have one of the most sustainable breweries in the world at St. James’s Gate and we are now leading the way in sustainable packaging. This is good news for the brand, for our wider beer portfolio and for the environment.”

Earlier, Diageo unveiled its global plastic targets for 2025 which aims to use 100% plastic that is widely recyclable, reusable or compostable.

In 2018, Guinness Brewery launched new Open Gate Brewery & Barrel House in Maryland, US with an investment of $90m.

The Open Gate Brewery & Barrel House will be the home of Guinness Blonde, as well as for the new Guinness beers created for the US market.

Commenting on the new house, Maryland Governor Larry Hogan said: “In addition to more than 200 new jobs, this new facility’s full-time brewing and hospitality operations will bring a new source of tourism to Baltimore County and to Maryland.”