Big pledges and packaging-free shopping: How have supermarkets made themselves more sustainable in 2019?

Over the past 12 months, supermarket have become an increasing driving force for improving sustainability in packaging 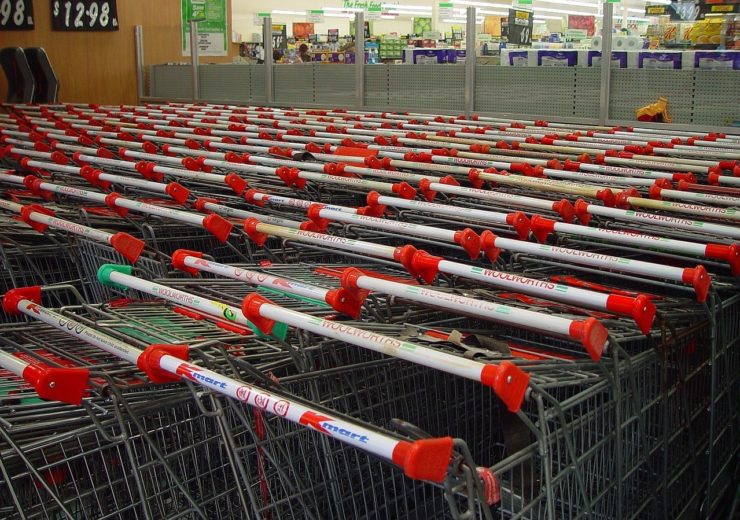 Consumers are increasingly calling for supermarkets to reduce their plastic footprint (Credit: Pixabay)

Gone are the days when packaging was just a way to entice consumers, as the modern-day supermarket comes under increased pressure to drive towards sustainability.

According to an August 2019 survey conducted by data analytics firm GlobalData, more than 30% of consumers in the UK are more likely to purchase products with no plastic packaging compared to items with recycled plastic.

It also highlighted that 71.3% of customers across all demographics would be willing to use refillable services in stores.

Similarly, a June 2019 survey from Dalhousie University found that more than half of Canadian consumers are actively looking for green alternatives to plastic packaging.

From packaging-free shopping to labels lasered on to loose fruit, we take a look at what moves supermarkets have made over the past 12 months to reduce the amount of packaging and plastic they use.

According to a survey conducted by environmental charities Greenpeace and the Environmental Investigation Agency, Waitrose was the best-performing supermarket when it comes to tackling the plastic problem in 2019.

The store has attempted to deal with this problem is by trialling the introduction of “packaging-free” products.

This includes a frozen “pick and mix” area for loose fruit and dispensers for foodstuffs like pasta, rice, grains, cereals and seeds.

Alongside this, it will offer refilling machines for liquid products including detergents and alcohol.

Speaking when the scheme was first announced in June, Waitrose & Partners’ head of corporate social responsibility Tor Harris said: “We are determined to build on the work we’ve already done to reduce packaging – and this test will take our efforts to a whole new level as we help the growing number of customers who want to shop in a more sustainable way.

“This has huge potential to shape how people might shop with us in the future so it will be fascinating to see which concepts our customers have an appetite for.

“We know we’re not perfect and have more to do, but we believe this an innovative way to achieve something different.”

Tesco CEO Dave Lewis made waves in the industry this year when he announced that size and suitability of all packaging would a part of the company’s decision-making when it came to deciding which products to stock.

Writing in The Guardian in August, Lewis also said the company was “exploring new technologies” to find ways to make products such as plastic film lids and food pouches recyclable.

He said: “All of this will take a huge amount of effort. Overhauling every piece of packaging in a business is hard, but it has got to be done.

“The potential to make a positive impact is significant given the breadth of our supply chain.

“We’ve already shown what can be achieved through partnerships with our work on food waste – we are now more than 80% of the way to delivering our commitment that no good food goes to waste in Tesco.

“There’s no reason we can’t achieve the same with packaging.”

About two months later, Tesco pledged it will remove one billion pieces of plastic from its own packaging products by the end of 2020.

As part of its efforts, the firm announced it would remove small plastic bags used for loose fruit, vegetable and bakery items, as well as plastic trays from ready meals.

“Businesses, governments and households have all got an important part to play, so it’s good to see Tesco’s commitment to significantly reduce the amount of plastic we use.”

The move, which secured positive feedback when a trial was carried out two years ago, is part of its efforts to reduce plastic usage by replacing the stickers that traditionally adorn loose fruit and vegetable products.

It says problems with the rough fruit shell and under-developed technology initially restricted its use, but that laser remained a better choice for branding.

SPAR Austria CEO Gerhard Drexel said at the time: “Thanks to the laser labels on mangoes, we can guarantee the separation of organic and conventional fruit without the use of stickers.

“We are preparing to do the same for other fruit and veg, such as pomegranates, kiwis, avocados and sweet potatoes.

“This will save thousands of plastic stickers every day. Our aim going forward is to offer the entire range of SPAR Natur pur organic fruit and vegetables unpacked or sustainably packaged.”

In April, German retail chain Aldi outlined a set of sustainability goals, which includes its intention to make packaging reusable, recyclable or compostable by 2025.

By 2020, its US franchise announced it aims to include How2Recycle labels on its own-brand products and implement an initiative to make this range easier for customers to reuse.

In August, the retailer said it will phase out all hard-to-recycle plastic – such as undetectable black plastics, PVC and expanded polystyrene – from food products by the end of 2020.

The firm estimated this will save 420 tonnes of non-recyclable black plastic per year.

A month later, the firm’s UK branch began a four-mouth trial of cardboard sleeves for its four-pack Tuna Chunks in Brine throughout its 270-plus stores in the Midlands, north-west and south-east.

Walmart working with private brands to move towards sustainability

Walmart, the largest supermarket chain in the US, announced in February it had undertaken initiatives to advance sustainability in its private-brand packaging.

As part of this move, the retailer is collaborating with suppliers to achieve 100% recyclable, reusable or compostable packaging by 2025.

At its Sustainability Milestone Summit in April, Walmart announced reusable bags would be available to purchase at its stores in the US.

The event also marked the two-year anniversary of Project Gigaton, a platform in which the company is working with suppliers to remove one billion tonnes of emissions from its global supply chain by 2030.

Speaking at the time, Walmart’s chief sustainability officer Kathleen McLaughlin said:  “To achieve our ambitious climate goals, we aim to expand and deepen that engagement.

“The progress to date shows how companies can contribute to climate action through practical actions all along the product supply chain.

“Ultimately, building sustainable supply chains requires collective action from everyone – not only our associates and suppliers, but customers, business in general, and civil society. We are excited to be part of the solution.”