From an in-store coffee cup return scheme to a recycling lottery, we look at what the six biggest supermarkets are doing to better manage their waste 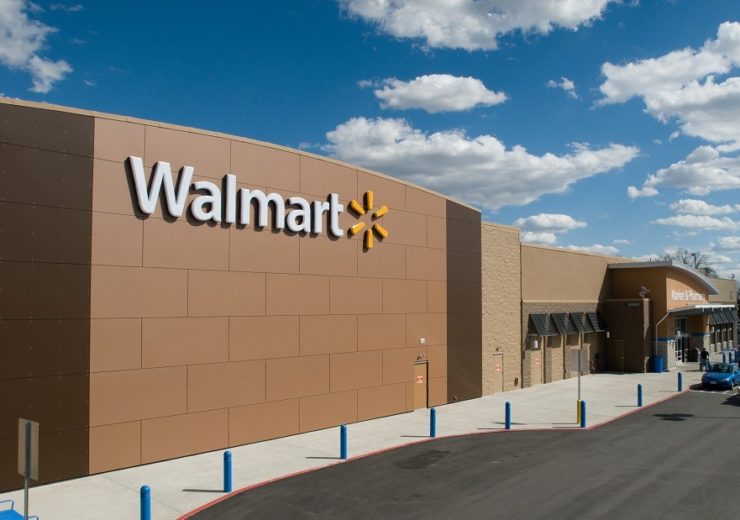 With the global packaged food market expected to exceed $3tn by 2020, supermarkets worldwide are setting out recycling targets to curb the impact of waste from their giant marketplace.

Some of the industry’s biggest names, including Aldi, Tesco and Walmart have signed up to the Ellen MacArthur Foundation’s New Plastics Economy global commitment to make all of their waste recyclable, reusable or compostable by 2025.

Most of the biggest outlets in the UK have banned single-use plastic bags after the country introduced a 5p charge for their use in 2015.

One of the nation’s biggest retailers, Waitrose, is conducting an “unpacked” trial, which includes a frozen pick and mix initiative – giving the opportunity for consumers to bring their own containers to fill up.

Using a 2018 set of data produced by online resource WorldAtlas, we take a look at the six biggest supermarkets in the world by location and examine what they are doing to better manage the waste they produce.

How are the world’s six biggest supermarkets tackling waste recycling

US supermarket 7-Eleven is the world’s biggest supermarket by location, with the Texan retail giant currently based in 46,000 locations, 20,000 of which are in the East Asian country of Japan.

One of the firm’s goals is to reduce its packaging footprint – the amount of material used per-product – by 20%.

Solutions to achieve this goal include using paper-based products derived from sustainable resources and striving to reduce the amount of packaging materials used without compromising product quality or safety.

In 2018, the firm partnered with recycling firms Closed Loop and Simply Cups to set-up coffee cup collection stations in 350 stores across Australia.

According to WorldAtlas, the second biggest supermarket in the world by location is SPAR, with the Dutch multinational based at 13,500 sites across 35 countries.

In 2016, SPAR Italy partner Ergon announced it had teamed up with local environmental organisation Ricicla Ragusa to make two recycling bins available for plastic bottles and detergent containers at two of its stores on the island of Sicily.

Ergon group marketing manager Concetta Lo Magno said: “Our group has introduced this innovation at a supermarket level for the first time in the Ragusa province.

“It offers Ragusa inhabitants an opportunity to obtain discounts on their local taxes and at the checkouts of our SPAR stores.

“Ergon group is always committed towards meeting the needs of the local communities and protecting the environment.”

Alongside this, SPAR Norway has developed an in-store recycling programme, offering consumers the opportunity to play its lottery, being entered after they return their empty bottles and cans – giving them a chance to 1m Norwegian Krone ($111,273).

The richest supermarket in the world, US retailer Walmart recorded $500bn annual revenue in 2018, and currently has more than 11,000 locations across the world.

According to its 2019 Environmental, Social and Governance Report, it has been able to divert 78% of waste from all of its sites away from landfills and incineration.

It has also has committed to make 100% of all packaging for Walmart branded products either recyclable, reusable or industrially compostable by 2025.

In 2018, the firm set-up Project Gigaton, which invites suppliers to avoid emissions by reducing unnecessary packaging, optimising the materials in use and increasing the reuse and recycling of packaging.

German retailer Aldi is the fourth largest supermarket by location according to WorldAtlas, with more than 10,000 locations based across Europe, North America and Australia.

The firm has committed to making all of its own label packaging either recyclable, reusable or compostable by 2022, with this extended across all products by 2025.

By the same year, it aims to reduce the amount of packaging it uses by 50% — relative to its use in 2015 — and wants half of its packaging made from recycled materials.

Alongside this, Aldi has scrapped the use of single-use plastic bags, with the company establishing a Packaging Task Force to deliver its goals

The firm also supports, in principle, a deposit return scheme which works by adding a levy to plastic drinks bottles that can be claimed back by consumers who return them to a specified location for recycling.

Carrefour has the fifth largest number of locations, with more than 10,000 outlets, including 1,400 hypermarkets – a combination of a department store and grocery shop – across various continents.

The French retail giant has committed to reducing the amount of plastic packaging, specifically hard-to-recycle plastic, and is developing reusable solutions for customers.

Like other supermarkets on this list, Carrefour has also set itself a 2025 target to make 100% of its product packaging recyclable or compostable, with non-recyclable plastic gradually being replaced by alternative materials.

The firm is also going to incorporate 50% recycled plastic in its juice, soda and water bottles.

Alongside this, it has made a commitment to stop the sale of products made from materials most commonly found in the ocean.

The near 90-year-old German retail outlet Lidl is the third on this list to have more than 10,000 locations, with its main market centred in Europe, including countries such as Switzerland, Bulgaria and Finland.

The company aims to reduce the amount of own-brand plastic by 20% by 2022, with a 50% increase in recycled content in own-brand packaging by 2025.

In the same year, the firm aims to make 100% of its own brand packaging widely recyclable, reusable or refillable.

To achieve these targets, Lidl has shifted to develop products based on what it calls a “circular motion” concept, which is underpinned by four principles.

Firstly it will deliver extended adoption of “widely” recyclable materials, and reuse and refill systems. Secondly it aims to drive demand for recycled materials through circular specification.

Thirdly it wants to reduce its reliance on plastics as well as the removal of problematic materials. Finally it’s targeting innovation in new packaging materials.

Lidl CEO Christian Härtnagel said: “We want to create a major shift in the way that packaging and plastics are used, to ensure that these resources are recovered and retained, eradicating plastic waste and moving us towards a truly circular system in the long term.

“We know our business and the wider industry needs to take big steps to achieve this; that’s why we have set clear and ambitious targets, not only to ensure that our packaging is completely recyclable, but that we are driving demand for this material by driving recycled content.”