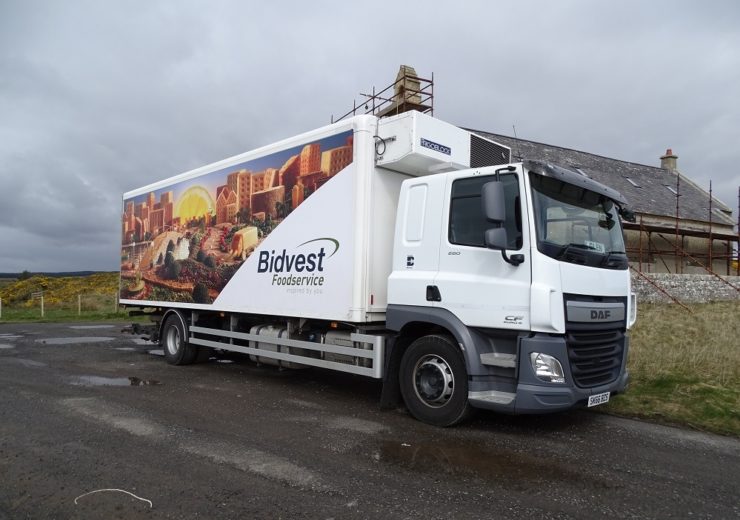 The UK food industry has asked for certain competition laws to be waived so retailers and the supply chain plan for a no-deal Brexit (Credit: Flickr, Glen Wallace)

The UK government must prevent a delay to food supply imports in the event of a no-deal Brexit in order to stop customer “panic buying”, according to an industry expert.

The country’s food industry has been asking the government to waive aspects of competition law temporarily to allow businesses to co-ordinate with each other should Britain leave the EU without a deal.

Under current rules, suppliers and retailers are unable to discuss issues of supply or pricing.

The Food and Drink Federation (FDF), one of the biggest trade associations in the UK’s food industry, said it has repeatedly asked ministers for clarity on a no-deal scenario.

Trade body Foodservice Packaging Association’s executive director Martin Kersh told NS Packaging: “The government must ensure there are no gaps on supermarket shelves post-Brexit and that caterers including those in schools and the NHS are not short of ingredients.

“Food, by its very nature, is a just-in-time industry and the smallest of delays at the ports will soon lead to shortages of some items.

“Packaging created in the UK is often exported, filled in other parts of the EU, and imported back to the UK.

“This could induce panic buying for some people, human nature being what it is.

“The FDF has, more than any other organisation, highlighted the issues and well over a year ago asked the UK government to waive aspects of competition law to enable firms to co-ordinate food imports and share intelligence.

“This should have been in place in time for the original 29 March departure date so not to have it in place now with a prime minister determined to leave even with no deal is utterly mystifying.”

Why has the UK’s food industry requested temporary change to the law?

One of the reasons why industry has requested this pausing of competition law is so that the retailers and supply chains can work with each other legally.

The FDF has requested the government issue “letter of comfort” to the Competition and Markets Authority (CMA) so that any cooperation between retailers and the supply chain could be considered legal.

Kersh says the government needs to make sure the industry can function in a normal way in any circumstance.

He said: “The government’s first priority must be feeding its population.

“This also applies to packaging, for if imported raw materials are impacted then we will have a shortage of packaging which will impact on the availability of food.

“This is a very finely-tuned industry which under normal circumstances work superbly well giving the public choice, availability and safety.

“Our government must use its power to ensure this remains the case during what will be extraordinary circumstances.”

One big issue concerning food suppliers ahead of a potential no-deal Brexit is the shortage of warehouse space across the UK.

According to the BBC, one retailer said the 31 October “is about the worst day you can pick”, because warehouse capacity is at 105% in November, compared to 75-80% in March.

Packaging Federation chief executive Dick Searle suggested the best way to deal with this issue is through co-operation, deciding what needs to go where.

He said: “If you look at the timing, it couldn’t be worse – 31 October is the run up to Christmas, we have already got the issue of no warehouse availability, which is a big, big issue.

“The whole thing is an absolute nightmare.

“The great British public, as soon as you announce that there could be a likely shortage, consumers start to stock up on food themselves.

Searle also says that the barriers for conversation across the food industry need to be lifted now, so that contingency plans can be put in place.

He explained: “We have a hugely sophisticated food and drink supply chain, massively based on just-in- time, significantly for short shelf-life goods, and significantly dependent on imported products.

“If that doesn’t work because of a no-deal Brexit on 31 October that is going to put us into uncharted waters.

“What the FDF is doing is highlighting one of the barriers that needs removing now, so that contingency plans, which involve the whole of the sophisticated supply chain, can start those conversations.