Compostable packaging laid bare: Is it really the industry’s future?

Many in the industry are weighing up the pros and cons of plastic compostable packaging — could it really be the silver bullet they been looking for? 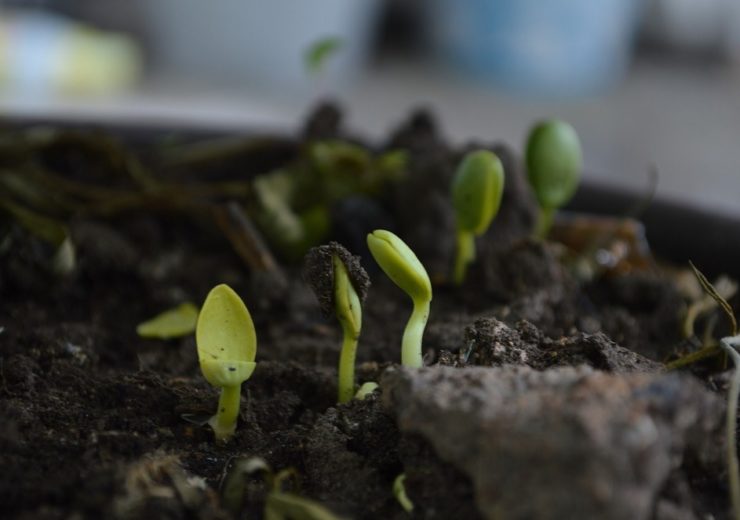 Compostable packaging, when properly processed, can be used in soil (Credit: Pixabay)

With most traditional plastics taking more than a century to degrade, innovators and packaging developers are increasingly looking towards the potential benefits of compostable solutions.

The idea of plastic and polymers that can be broken down quickly is not a new one, with products first introduced in the 1980s after Japanese scientists discovered a strain of bacteria capable of breaking down nylon.

Although biodegradables can be broken down far quicker than conventional materials, there are pertinent differences between these and compostable packaging.

Biodegradable plastics can be biologically broken down, but if this is carried out in soil, it can leave harmful toxins in the surrounding area.

Compostables are predominantly plant-based materials, which can be naturally degraded into soil without leaving toxic residues.

This type of packaging’s biggest benefit is, when disposed of and processed in the correct way, it can be turned into natural materials, such as soil or compost, at a much faster rate than traditional plastic counterparts.

When being processed through anaerobic digestion facilities — the breaking down of organic material by micro-organisms in the absence of oxygen — it can be turned into renewable energy.

Issues of cross-contamination of plastic in recycling facilities

One of the biggest problems surrounding compostable plastic is the problem of cross-contamination.

Products are recycled in material recovery facilities, which use optical technology to view and sort waste.

If compostables enter the recycling stream, they can contaminate the batch and make it impossible to process.

He said: “Everything is recyclable in theory, but in practice, it’s not.

“Our plea is for people to choose one polymer, ideally, or a few polymers, and stop innovating across material streams and start innovating down one route so the recycling industry can get organised.”

One way figures in the compostable packaging industry are trying to tackle this issue is by creating a method for facilities to know and understand what materials look like.

Bio-based and Biodegradable Industries Association chairman Andy Newman said: “A water-marking system is being heavily worked on, so when they get taken into a recycling facility, the system can recognise which are compostable and which are not.”

Due to the types of conditions needed to compost this type of product effectively, it has to go through specially designed anaerobic digestion facilities.

As of summer 2019, there are more than 648 plants in operation in the UK, mainly dealing with food waste.

“We’re talking about materials which are essentially from renewable resources, in the main, there are small amounts of fossil-based materials which come in to improve functionality, but increasingly they’re more and more renewable material,” explained Newman.

“The vision for our materials is to operate in places where you can effectively take that material, put it in with your food waste, your food waste is collected from home, and then that goes off towards composting systems.

“In the UK, we have a mixture of industrial composting, conventional composting, we also have anaerobic digestion, which creates renewable energy, the vision in the future is to link the two together.”

One issue currently being experienced when it comes to compostable packaging being put through the anaerobic digestion waste management system is the fact it’s usually seen as a contaminant.

“A compostable system is sustainable, but currently we don’t have any system like that. If you currently put a biodegradable piece of plastic into your food waste, most anaerobic digesters who will receive your food waste will remove it,” explained University College London professor of materials and society Mark Miodownik.

“These conditions are not compatible with the bio-degradable plastic, so they get rid of it.

“The other reason they get rid of it, is that they can’t tell the difference between you putting a normal piece of plastic in and the biodegradable, even though perhaps you know the difference.

“When it comes to a mass system, they have no idea. So they just remove it, it gets burned.

“That’s bad. It’s bad for the environment. And it’s not a system that currently works at the moment.”

Problems with the disposal of compostable packaging  waste

One of the biggest issues some see with compostable packaging is the much wider problem in the recycling industry in general, how consumers dispose of the packaging waste in the first place.

Bartley said: “In theory, if everybody put their compostable packaging into the food waste bin, that’s fine.

“The infrastructure is here today, but people chuck everything into everything, and there is no segregation whatsoever.

“And the problem, I think, with rolling out a solution is you are still going to end up with plastics in the food waste, and composters can’t take that.

“It then ends up in the organic material, which has been sold or given away to farmers — farmers do not want crisp packets and bits of plastic laying around their fields.

“So, we have to do be able to either move completely away from plastics and into compostables entirety, I’m really happy with that, or we have find a way of getting the plastic separated from the compostables.

“And the only way we’re going to do that is if the 60 million people in the UK do it.”