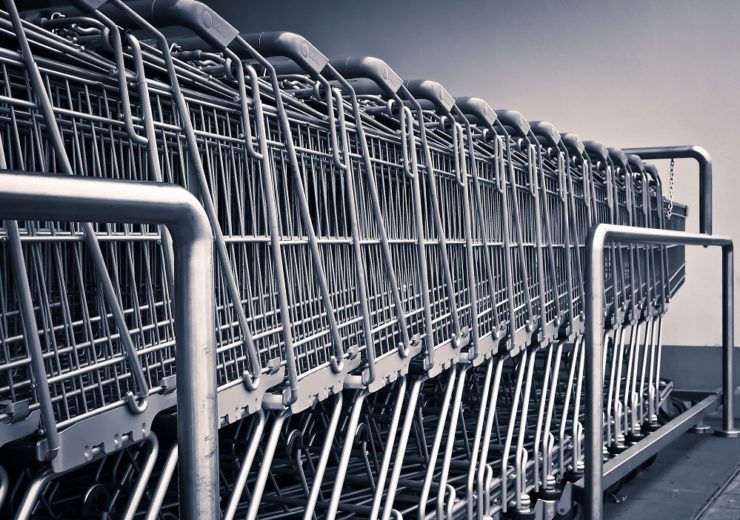 The Greenpeace and EIA report found seven out of the 10 stores in the UK have increased their plastic footprint (Credit: Pixabay)

UK supermarkets’ consumption of single-use plastic has risen to more than 900,000 tonnes over the past year, according to new research from non-government organisations the Environmental Investigation Agency (EIA) and Greenpeace.

The report, Checking out on plastics II: Breakthroughs and backtracking from supermarkets, found seven out of the 10 chains in the UK have increased their plastic footprint.

The three supermarkets that managed to cut their plastic use have been revealed as Sainsbury’s, Tesco and Waitrose.

Greenpeace and the EIA are urging supermarkets to work towards eliminating single-use plastic altogether by offering products that are either packaging-free or reusable and refillable.

EIA ocean campaigner Juliet Phillips said: “It’s shocking to see that despite unprecedented awareness of the pollution crisis, the amount of single-use plastic used by the UK’s biggest supermarkets has actually increased in the past year.

“Our survey shows that grocery retailers need to tighten up targets to drive real reductions in single-use packaging and items.

“We need to address our throwaway culture at the root through systems change, not materials change – substituting one single-use material for another is not the solution.”

The survey revealed big brands that supply supermarkets were the largest factor behind the rise in plastic packaging usage.

In August, Tesco, which has the largest market share of supermarkets in the UK at 27.4%, met with 1,500 suppliers to inform them packaging was going to form a key part of its decision-making process for what products it would stock.

The retailer announced in November it aimed to remove one billion pieces of plastic from its packaging by 2020.

Speaking at the time, Tesco CEO Dave Lewis said: “Our work to remove, reduce, reuse and recycle is already transforming our packaging.

“Over the next twelve months, we will remove one billion pieces of plastic, further reducing the environmental impact of the products we sell.

“By focusing on solutions that we can apply across all our UK stores and supply chain, we can make a significant difference and achieve real scale in our efforts to tackle plastic.”

According to the research, another factor in the rising amount of plastic waste from supermarkets was the increase in sales from last year, meaning when they sold more goods, they produced more plastic, too.

“We hear piecemeal supermarket announcements on plastic every other week, but in reality, they are putting more plastic on the shelves than ever.

“Supermarkets need to buck-up and think bigger. They must change their stores to offer loose food dispensers, reusable packaging, and move away from throwaway packaging altogether.”

The Greenpeace UK and EIA study found that Waitrose and Morrisons were the best performers when it came to tackling plastic waste, while Asda and Aldi were at the foot of the table.

Waitrose scored highly because the retailer had reduced the amount of plastic packaging it used by 2.1% compared to 2018.

Alongside this, the company is looking to scale-up its in-store refill stations for products including coffee, rice and pasta, as well as wine and detergent.

The service is currently being tested in stores in Abingdon, Cheltenham and Oxford.

According to the report, Sainsbury’s reduced the amount of plastic tonnage it produced by 0.7% compared to 2018.

In September, the company announced plans to reduce its plastic usage by 50% by 2025.

Alongside this, the retailer will introduce reusable produce bags for loose fruit and vegetables.

A Sainsbury’s spokesperson said: “We are pleased that Greenpeace recognise Sainsbury’s progress and our ambitious commitment to be the first major retailer to reduce plastic packaging by 50% by 2025.

“We are removing plastic where we can, replacing it with alternatives, introducing refillable packaging and providing freshwater stands for customers to refill their own water bottles in 326 stores.”

Of the top 10 UK supermarkets investigated in the survey, the Co-op ranked were ranked in fifth place, moving up by two places compared to where it sat in 2018.

Despite this improvement and the work the company has done to reduce its single-use plastics, including the introduction of compostable carrier bags in its stores, its usage increased by 0.9%.

A spokesperson for the Co-op said: “As a responsible retailer we are committed to making all of our packaging easy to recycle.

“We will have eliminated black plastic from our stores by the end of this year and plastic spoons and forks will be phased out while our innovative compostable carrier bags have led to big drops in the use of plastic.”

In May, Morrisons became the first British supermarket to roll-out plastic-free fruit and vegetable areas, with 60 stores receiving the scheme throughout 2019.

The company says the initiative will remove 9,000 tonnes of unnecessary or problematic plastic a year.

Alongside this, all its loose and refillable ranges are 10% cheaper than their packaged counterparts.

A spokeswoman for Morrisons said: “We’re really pleased that Greenpeace has recognised the meaningful steps that Morrisons is making to reduce single-use plastic and make our packaging more recyclable.

“We are working really hard — aisle by aisle — to reduce our use of unnecessary plastic and there is a lot more do over the coming years.”

Top of the table last year, frozen food outlet Iceland dropped all the way down to seventh in 2019, with an increase in plastic usage of 2.6%.

The company’s managing director Richard Walker says the firm’s customers do care, but that they don’t have the luxury of spending more money.

He said: “We are incredibly proud that we galvanised change in the sector with our announcement last year.

“This remains the boldest and bravest of all the supermarket pledges, aiming to remove all plastic packaging from our own-label range by the end of 2023.

“We remain single-mindedly focused on this commitment and, while we don’t have absolutely all of the solutions yet, we are firmly on track against the metrics in our five-year plan.

“We have a different demographic to the new leaders in the survey – our customers do care, but unlike Waitrose shoppers, they don’t have the luxury of spending more money.

“Therefore we have to be more innovative and invest to offer solutions without charging more.

“This is vital if we are to democratise environmentalism, as I believe we must.”

Greenpeace and the EIA say that companies at the bottom of the league table had increased their overall plastic footprint since last year and had generally made the least progress to date on trialling and expanding packaging-free and reusable solutions.

Aldi ranked lowest of all the supermarkets in the UK surveyed, using 8.8% more plastic packaging in 2019 than in 2018.

A spokesperson for Aldi said: “We are committed to reducing plastic packaging and have made positive changes across our business, which have been welcomed by Greenpeace.

“We have already removed more than 2,200 tonnes of plastic and replaced 3,000 tonnes of unrecyclable material with recyclable alternatives, as part of our drive to reduce plastic packaging by 25% by 2023.

“We know there is much more to be done and will continue to have positive discussions with Greenpeace to update them on our progress.”