Empowering cosnumers to recycle better: What is How2Recycle? 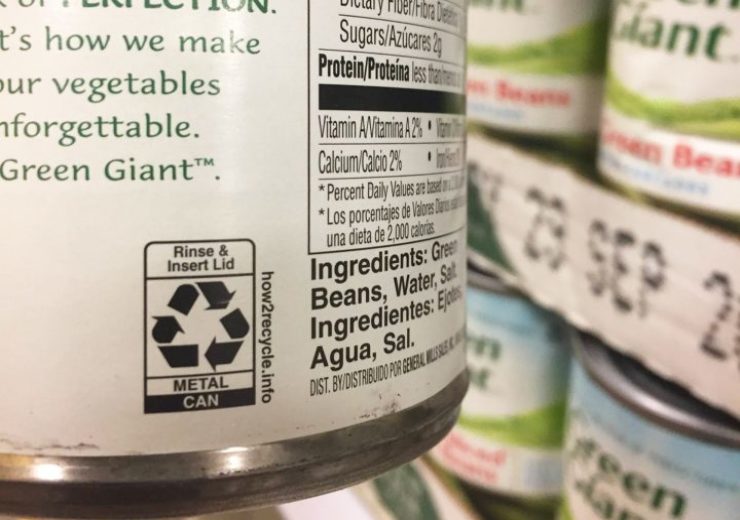 How2Recycle labels are currently on more than 175 products, with this number increasing by the month (Credit: How2Recycle)

When the How2Recycle project launched in 2012, its founders wanted to provide consistent and transparent on-packaging recycling information for consumers in the US.

The need for such a scheme is highlighted by a 2019 survey commissioned by waste management corporation Covanta, which found 62% of Americans worry their lack of knowledge is causing them to recycle incorrectly.

Currently operating in the US and Canada, the How2Recycle label is designed to help educate consumers on the disposal of recyclable items.

Speaking at the Sustainable Packaging Coalition Engage Conference at the design museum in London, the project’s lead, Kelly Cramer, said: “It tells consumers exactly what to do with all of their packaging, even when not to recycle something.

“Firstly brand owners and retailers become members of the programme, after that it’s voluntary.

“This means they can choose to add the label to one of their packages or to every package in their portfolio.

“Once a retailer or brand decides to label a package, they have to say what to do with all of the main packaging components, this means they can’t cherry pick and say that the box is recyclable, but then ignore all the plastic on the inside.”

The How2Recycle label project was launched in May 2012, after three years’ worth of consultations undertaken by the SPC.

Over this period, it developed the label through consultations with organisations and groups such as the US Federal Trade Commission, US Environmental Protection, trade associations, recyclers and consumers.

Adapted from the UK’s On-Pack Recycling Label, the system is split off into four categories — widely recycled, check locally, not yet recycled and store drop-off.

Cramer said: “To date, the labels have been around since 2012, we are on tens of thousands of products, and it’s probably getting close to 100,000, and issue How2Recycle labels to over 175 products and that’s increasing every month.

“In terms of thesymbol on a adoption of labels by brands, it’s really been a steep acceleration curve.

“Since January, the number of members on our programme has grown by 51%, so we are seeing an increase in demand in the US and Canada for these types of labels.”

What information is provided on a How2Recycle label

Each How2Recycle label currently supplied is broken down into four parts.

It first looks at how to prepare a material for recycling, informing the consumer to take certain actions, such as removing the label, rinsing and replacing the lid or emptying and reattaching a pump, before disposing of the item.

The label will also have one of the four potential images displayed on the product, the first of these being a widely recycled symbol, this means at least 60% of Americans can recycle this package using either kerbside or drop-off recycling facilities.

Limited recycling is the next possible symbol on an item, which means between 60% and 20% of Americans can recycle this product. This is followed by the not yet recycled image, informing the consumer that it’s recycled by less than 20% of the country or it could cause a problem a recycling facility.

The final logo, which could be on a label, is that of the store drop-off, which means a user lives near a shop that accepts items such as plastic bags and wrap for recycling.

The label then moves onto what type of material is a part of the packaging, such as glass, metal or paper, before informing the user which element of the product it’s referring to, for example the can, film or bottle.

The organisation also provides multi-component labels for packaging which contains more than one material which needs to be disposed of differently.

How2Recycle says the label is developed and based upon both recycling data as well as critical technical insights from the Association of Plastic Recyclers, Recycled Paperboard Alliance and other industry experts.

It also produces the only recycling system designed to comply with the Federal Trade Commission’s Guidelines for Environmental Marketing Claims, and the first in the US designed for consumers.

In 2017, How2Recycle was awarded a DuPont Packaging Silver Award for innovation, and in 2018 launched the consumer education campaign Look for the Label on a billboard in New York’s Time Square.

Alongside its labels, the organisation also provides advice for its members.

Cramer said: “We’ve given 8000 recommendations so far, and we’ve been told that at least 1,300 packaging types have changed as a direct result of our feedback to brands.

“It’s a big opportunity area for us to help brands track and measure against all the goals.”

A survey on How2Recycle’s website, revealed 71% of people say that they’re changing their recycling behaviour because of the labels.

“The people who aren’t changing their behaviour, the majority of the time is because they don’t have access to recycle that packaging in the community where they live or they happen to already know to recycle that specific packaging type.

“We don’t take the position necessarily that consumer are lazy or things are their fault, because only half of Americans have really good quality access to recycling in their community.

“Sometimes it’s really difficult if you have to put all your recycling in a car and drive to a faraway place, then sort everything, so infrastructure is a big part of the problem but communicating recyclability is as important.”