Coca-Cola plans to sell bottles made partly from sea plastic from 2020, with the samples containing 20%-25% of the recycled material 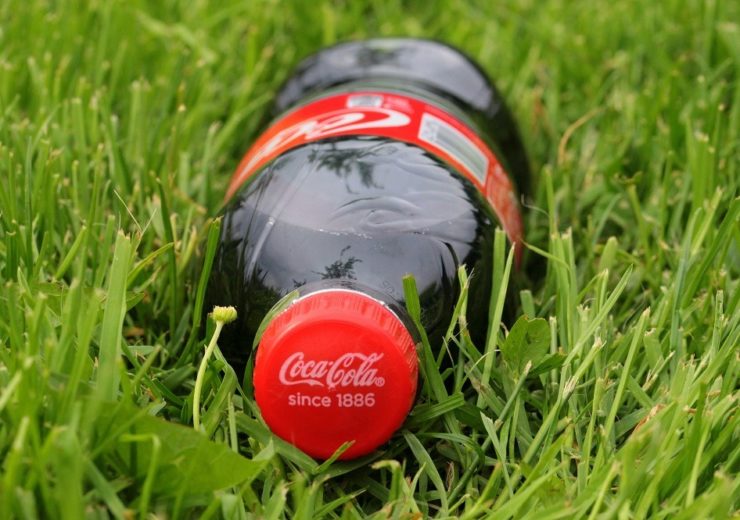 Coca-Cola has unveiled new bottles made partly from recovered and recycled sea plastic.

Around 300 samples, described by the company as a world first, have been produced using  20-25% marine waste retrieved from the Mediterranean Sea and its beaches.

The company says it demonstrates that, at some point in the future, it’s possible that ocean debris could be used to package food and drinks.

Coca-Cola Western Europe’s technical and supply chain director Bruno van Gompel said: “Enhanced recycling technologies are enormously exciting, not just for us but for industry and society at large.

“They accelerate the prospect of a closed-loop economy for plastic, which is why we are investing behind them.

“As these begin to scale, we will see all kinds of used plastics returned, as good as new, not just once but again and again, diverting waste streams from incineration and landfill.”

How have Coca-Cola created bottles made from sea plastic?

To develop the plastic bottles, the US soft drinks giant has used what it calls “enhanced recycling” technologies.

The company claims these have the capacity to recycle previously used plastics of any quality, returning it to the high standards required for food or drink packaging.

In order to achieve this, the systems use innovative processes to break down components of plastic and strip out impurities in lower-grade recyclables.

This means the lower-grade plastics that are usually sent for incineration or landfill can now be re-used, which helps achieve the goal of cutting the amount of virgin PET needed from fossil fuels.

Tonnis Hooghoudt, CEO of Ioniqa Technologies, an organisations working with the Coca-Cola Company on the project, said: “The impact of enhanced recycling will be felt on a global scale: by working with Coca-Cola and Indorama [a petrochemicals company based in Thailand] to produce this bottle, we aim to show what this technology can deliver.

“Our new plant is now operational and we are bringing this technology to scale.

“In doing so, we aim to eliminate the concept of single use plastic and plastic waste altogether.”

Although the recycling technology is in its infancy, the partners have produced the marine plastic bottle as a proof of concept of what could be achieved in time.

Enhanced recycling will be introduced at a commercial scale using waste streams from existing recyclers, including previously unrecyclable plastics and lower quality recyclables in the immediate term.

Coca-Cola plans to roll-out this enhanced recycled content in some of its bottles from 2020.

A clean-tech spin-off from Eindhoven University of Technology, Ioniqa Technologies is PET waste specialised, with a goal of creating value out of waste materials.

The Coca-Cola Company announced a loan agreement with the organisation, with the aim of transforming hard-to-recycle plastic waste into high-quality PET by accelerating the scale-up of its recycling technology.

The Coca-Cola Company’s chief innovation officer Robert Long said:  “Our investment in new and pioneering recycling technologies is an opportunity for significant movement toward closing the loop and creating a circular economy for PET.

“We plan to continue investment in developing the right partnerships and initiatives – like with Ioniqa – to support our vision of a World Without Waste.”

This was extended in January 2019, to help Ioniqa Technologies’ enhanced recycling technology.