In 2017, department store Harvey Nichols decided to change the way its food packaging was designed — creating huge interest for the second time 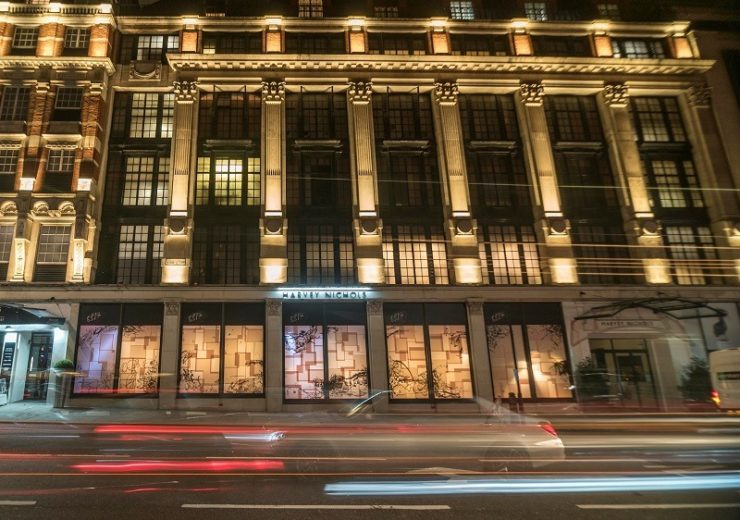 Not content with creating one revolution in its food hall, iconic department store Harvey Nichols took at a second bite at rewriting the rules of how food is packaged and perceived. Brand designer Richard Village speaks about how his firm has made food fashionable ‘again’ at Harvey Nics.

When it comes to revolutionaries in food packaging, high-end retailer Harvey Nichols might not be the first company name that comes to mind.

Opened in 1831 — as a linen shop in London’s swanky Knightsbridge — the department store has since grown to take its place alongside the likes of Harrods and Selfridges as some of the city’s most iconic retailers.

While Harvey Nichols is best known for high-end clothes, shoes, bags and homeware, the 1990s saw it introduce food packaging that would go on to bring profound change to how the retail industry used visuals to promote such products.

In the early to mid-1990s, the importance of art and design took on new standing in London, placing it shoulder-to-shoulder with the likes of Paris and New York.

One of the reasons for the unleashing of creativity in the UK can be traced back to English designer, restaurateur, retailer and writer Sir Terence Conran.

Speaking at this year’s Packaging Innovations conference, brand designer Richard Village said: “The importance of Terence Conran, and what he did for our community and our industry simply cannot be overestimated.

“Because he was the guy that said, you can have beautiful things in beautiful shops, you can have these little restaurants, you can lead a life where design is completely fundamental and is something we can all participate in.”

The 90s also saw a change in how Harvey Nichols was perceived, with British sitcom Absolutely Fabulous one of the forces driving this realignment.

Village said: “Key to this was the fact they [Ab Fab’s Edina and Patsy] were always at Harvey Nichols, which, at the time, had been seen… as a fashionable, but slightly frosty department store.”

Alongside this was the way fashion and design changed to become something that everyone could participate in.

Harvey Nicholls rode this wave of creativity by re-branding food packaging with pictures of the products it contained.

“In 1994, nobody had ever dreamt of putting photography on food packaging, at all,” said Village.

“Certainly, nobody had ever dreamt of putting monochrome photography, that wasn’t all food on food packaging.

“For example trying to sell baked beans with cowboys on it, it was completely a shot from the blue.

Seeing the success of this strategy, other brands started to use photography on their food packaging — eventually leaving Harvey Nichols behind.

More than 20 years after this, the department store contacted Village’s design firm, Smith &+ Village, asking them to re-brand its food packaging.

Village said: “The first thing we thought about was that we had to cut through the maddeningly overcrowded visual vibe, because now we see everything all the time.”

To find out what the unique Harvey Nichols identity was, Smith &+ Village assessed where it stood in comparison to other British department stores.

“So Harvey Nichols, potentially is the most British of the luxury department stores,” explains Village.

“What we meant by this was it having a sense of humour, it’s the wit, it’s the tongue in cheek and it’s what we had Harvey Nichols refer to as the human truth.

“It’s also really important to refer to the fact Harvey Nics has a nickname, it’s called Harvey Nics, so it’s part of the psyche in a way potentially the other stores aren’t.

“It’s also fearlessly stylish, so everything that we did had to have this attitude of high style.

Turning the Harvey Nichols food range into a fashion line

Assessing what gave Harvey Nichols a unique brand identity, the design team decided to treat its food range as a fashion line.

Their position concentrating on creating a fearlessly stylish collection of gifts that people can eat.

“Let us not be foodie about any of this, let’s absolutely be Milan about this.

“The second idea, was the idea of the collection.

“Every season… designers trot out their collections, and the point is that it is a sum of its parts, built up of different elements, but everything shouldn’t have to look the same.

“There’s a story that we are telling, and there is a theme that links everything, but things have got to be individual.”

The team tapped into the visual language of design, including the use of monograms and logos.

The team also created a monogram using the H and N of Harvey Nichols across its food range.

Village said: “After the redesign of the food products, sales have doubled across the range.

“Sales of the biscuits since the introduction of new branding has gone up every month, and, since the change, tea bag sales have jumped by 200%.

“Harvey Nichols Christmas chocolate sales, made from gin and called “jingle balls” will have a similar impact.”