The Statue of Liberty, Central Park and a ban on single-use plastics: Recycling and waste management in New York

As a producer of more than 14 million tonnes of waste annually - with as much as 80% going into the sea, New York is looking at ways to tackle the issue head on - from a stronger recycling system to a ban on single-use plastic bags 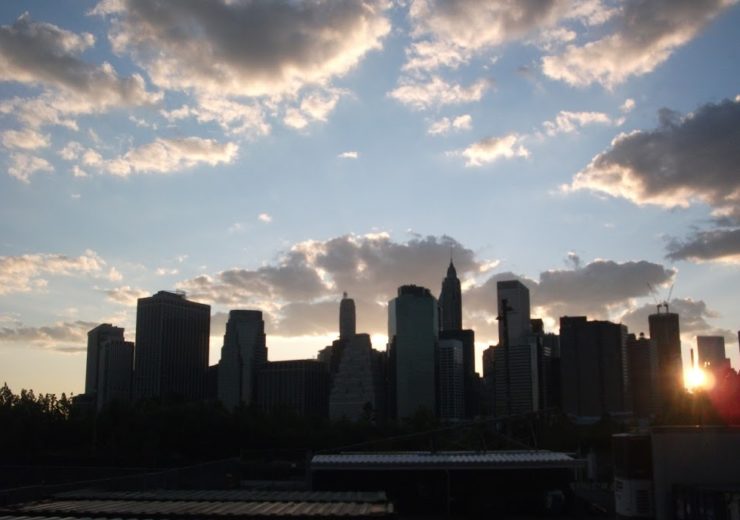 This summer, NS Packaging will analyse the recycling policies in some of the world’s major cities. Thomas Parker takes a look at New York, including recycling in Central Park, the Statue of Liberty and in downtown NYC

From Broadway to Central Park, the Statue of Liberty and the Empire State Building, New York is one of the most iconic cities in the world – with 65.2 million tourists visiting the “Big Apple” in 2018.

It is also a producer of more than 14 million tonnes of waste annually – with as much as 80% going into the sea.

But the city that never sleeps is certainly not sleeping at the wheel when it comes to tackling this issue.

In 2017 – due to rising public interest and civic concern, the New York Sanitation Department (DSNY) – the world’s largest such organisation – outlined how it plans to reduce the city’s landfill contributions to zero by 2030.

Part of this scheme is to develop a more effective waste management system and create waste facilities closer to the centre of the city.

We take a look how the recycling system works in the city so nice, they named it twice.

DSNY is in charge of all recycling in New York City’s five boroughs – The Bronx, Brooklyn, Manhattan, Queens and Staten Island.

It collects recycling waste once a fortnight, which needs to be put out after 4pm on the day before the scheduled recycling day in either a clear plastic bag or a bin labelled with a recycling badge.

If the collection day falls on a public holiday, such as Martin Luther King Jr Day or Thanksgiving, the recycling won’t be picked up until the next date it is due to be collected.

Items that can be disposed of in this way include all types of metal products, glass bottles and jars, plastic bottles, caps and trays, food and beverage cartons, newspapers and pizza boxes.

Materials that are not accepted include paper with a heavy wax or plastic coating, batteries, print cartridges, mirrors, light bulbs, plastic foam and film, cigarette lighters and CDs and DVDs.

In April 2019, New York became the third state the US to legislate a ban of single-plastic bags, following in the footsteps of Hawaii and California.

It first started to consider the idea after its governor, Andrew Cuomo, implemented a Plastic Bag Task Force in March 2017.

A report detailing the problem of plastic bag waste and how to solve it, said at the time: “Throughout New York State, plastic bags have become a ubiquitous sight on the landscape.

“They can be seen stuck in trees, as litter in our neighbourhoods, floating in our waterways and as a general aesthetic eyesore of our environment.

“Single-use plastic bags are a detriment to the health of communities and the environment alike.”

How Central Park has been cleaning up waste

Over the past few years, not-for-profit organisation the Central Park Conservancy, which manages the 3.41 square kilometre landmark in the City of New York, has implemented a range of policies to make the green space cleaner.

In 2013 it introduced 700 specially-designed general waste, recycling and bottle bins, placing them in strategic locations across the park.

In the same year, 58 tonnes of waste was recycled in the Park– a 30% increase from the year before.

The designer and developer of the bins, industrial manufacturer Alcoa, also donated $500,000 to the Central Park Conservancy, to help it implement the system.

Speaking at the time, the then Central Park Conservancy president and CEO, Douglas Blonsky, said: “With three times as many people visiting the park now compared to 1980, the Conservancy has to stay ahead of the curve when it comes to smart management.

“We are thrilled to have the support and expertise of Alcoa , the Alcoa Foundation, and Landor Associates in enhancing how we manage Central Park.”

One of the most iconic New York landmarks, the Statue of Liberty, has strong environmental credentials.

Evelyn Hill Inc. – the visitor services company which looks after tourists on Liberty Island – has been carbon neutral since 2006.

The restaurant based on the island is officially “green certified” – meaning that its dinner napkins, toilet and office paper, gift shop bag and boxes, as well as postcards are made from recycled content.

Even the coffee cups it provides are made from corn starch, rather than a petroleum based lining, making them completely biodegradable.