Recycling in Los Angeles: From the RecycLA scheme for businesses to Disneyland’s plastics clampdown

From four colour-coded bins for different types of waste to Disneyland Park's reuse strategy, the US city of Angeles has a number of recycling policies to become more environmentally sustainable 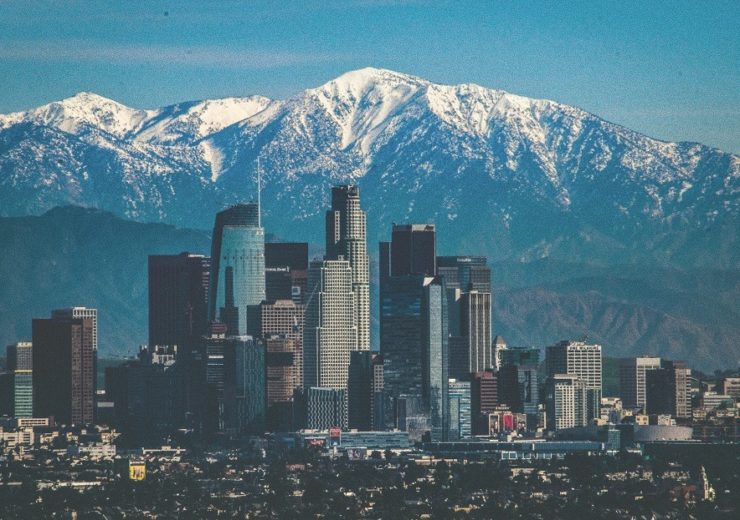 This summer, NS Packaging will analyse the recycling policies in some of the world’s major cities. Thomas Parker takes a look at the US city of Los Angeles, including how it handles everything from electronic goods to different types of packaging

With its plethora of theme parks and iconic images like the Hollywood sign and Universal Studios, it’s no wonder Los Angeles is one of the most popular tourist destinations in the US – attracting 50 million visitors in 2018.

Tinseltown is the largest city in California, which has enacted legislation in recent years with the aim of becoming more environmentally friendly.

In late 2016, it introduced a state-wide ban on plastic shopping bags, with lawmakers putting forward legislation in early 2019 to phase out any single-use packaging that can’t demonstrate it is recyclable or compostable by 2030.

LA is also strong on the environmental front, with the city having the highest solid waste recycling rate of any American city.

But how does this work in practice?

We take a look at how the city’s recycling system works, both on the kerbside and at one of the state’s most popular attractions.

Recycling in Los Angeles is managed by the LA Sanitation (LASAN) department and offers residents four colour-coded bins for different types of waste.

Black bins are used for non-recyclable household waste, blue for recyclables, green for garden waste and brown for horse manure.

All these bins are collected at least once a week, with containers needing to be placed by the side of the road by 6am on collection day, and removed no later than 8pm the same day.

Services will be postponed by a day on the national holidays for New Year’s Day, Independence Day on the Fourth of July, Labour Day (1 May), Thanksgiving (fourth Thursday of November) and Christmas Day.

Alongside the containers, LASAN also offers an extra capacity tag service for residents that costs $2 each.

Tags can be attached to various types of waste so long as it’s stored in a plastic bag or non-city-issued 30-gallon container, and doesn’t exceed 13kg.

They can be purchased from a resident’s closest LASAN district office, which authorises the removal of household waste and tied bundles of lawn trimmings measuring no more than 1.2 metres.

As well as this, any abandoned waste items, such as mattresses, sofas, doors, carpets, toilets and other furniture can be collected by giving an itemised list of the abandoned waste through either the LASAN’s submission form or by phoning its customer care centre.

In order to request this service, residents must fill in an online metal household appliance collection service request form.

In 2017, LA launched a public-private partnership (PPP) called recycLA, which provides services to all businesses, institutions and large buildings.

It is part of the city’s commitment to enhance the quality of life in LA by improving its overall cleanness.

The PPP does this by providing personalised plans depending on the needs of a business, and issues a monthly charge for the service.

Companies including TechWaste Recycling also provide free pick-ups of electronic goods that need to be recycled, while businesses can also drop-off end-of-life computers, laptops and other IT equipment.

One of the most visited attractions in Los Angeles is the iconic Disneyland Resort, with the theme park recording a total of 18.66 million visitors in 2018, according to market and consumer data aggregator Statista.

AVAC uses compressed air to propel waste at 60 miles per hour to a central collection point behind the Splash Mountain ride, where it is processed.

In July 2018, The Walt Disney Company announced it would eliminate all single-use plastic straws and stirrers across all its global locations, with the ban starting in mid-2019.

Alongside this, it announced it would bring in refillable in-room amenities, such as complimentary soaps and shower gel, across its hotels and cruise ships over the next few years to reduce plastics in guest rooms by 80%.

Bob Chapek, chairman of The Walt Disney Company’s subsidiary Disney Parks, Experiences and Consumer Products, said at the time: “Eliminating plastic straws and other plastic items are meaningful steps in our long-standing commitment to environmental stewardship.