Coca-Cola will move away from using plastic packaging across all brands in the region, by swapping it for environmentally endorsed cardboard 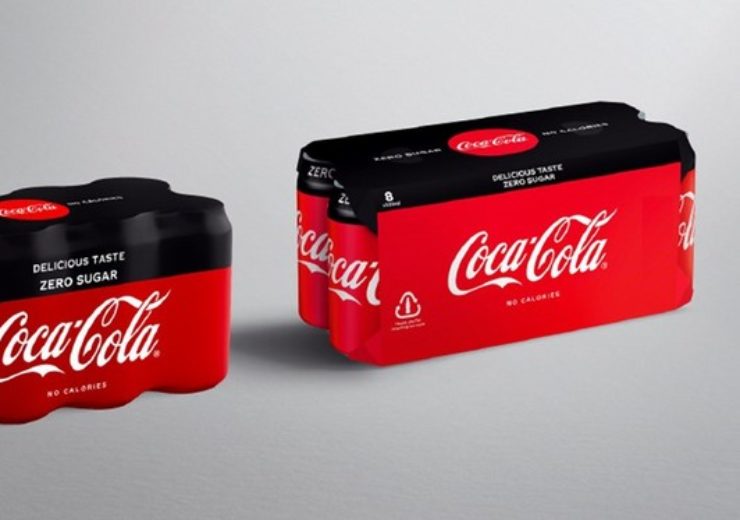 Coca-Cola will stop using plastic packaging on multi-packs sold in Western Europe, with recyclable cardboard being brought in to replace it.

The drinks giant said materials for the new packaging will come sources certified by the Forest Stewardship Council or Programme for the Endorsement of Forest Certification.

Coca-Cola’s announcement directly supports its Action on Packaging commitments to make 100% of such materials recyclable or reusable by 2025.

“We are committed to removing all unnecessary single-use plastic from our products and by moving our can multi-packs to cardboard we are helping people to enjoy our products knowing that the packaging won’t end up as waste or litter in rivers and oceans.”

Commitments made by Coca-Cola in Europe to improve its packaging

Coca-Cola has previously admitted to using three million tonnes of plastic packaging, as part of its involvement with the Ellen MacArthur Foundation’s New Plastics Economy.

In June 2019, as part of its efforts cut this figure, CCEP revealed its Honest, Glaceau Smartwater and Chaudfontaine brands will be sold in bottles made from 100% recycled plastic.

This move — starting early next year — will stop 9,000 tonnes of virgin plastic being used annually across Western Europe.

On the Glaceau Smartwater move, Coca-Cola Great Britain general manager Jon Woods said: “Using more recycled plastic is a critical element of our sustainable packaging strategy, as it reduces the amount of virgin material used in our packs.

“None of this is easy and I am proud of the teams’ work to ensure we are on track to move to at least 50% recycled PET plastic in all of our bottles in 2020.

“Our new Smartwater bottle shows we can go further, but that requires more packaging to be collected so that more can be reused to make new bottles.

“That’s why we support the planned reforms of the current recycling system in Great Britain and are calling for the introduction of a well-designed deposit return scheme for drinks containers, which we believe will reduce litter and increase the quantity and quality of material reprocessed in this country.”

CCEP has also committed to ensuring at least 50% of the material used in its PET bottles comes from recycled plastic. In 2018, 98% of the company’s packaging in Western Europe was recyclable.

She said: “Coca-Cola this year finally admitted it has an enormous plastic footprint of three million tonnes, so it could certainly do with cutting out unnecessary plastic packaging on multi-packs.

“This is a positive step that shows [Coca-Cola] is shifting towards plastic reduction, rather than focusing on recycling – which will never be enough to solve our plastic pollution crisis.

“But clearly [Coca-Cola] need to go much further and start replacing the 120 billion throwaway plastic bottles they sell each year with reusable, refillable alternatives.”