According to a report published by testing and compliance services company Smithers Pira in 2017 the North American packaging industry, which was forecasted between 2017 and 2022, represented a yearly growth of 3.1% 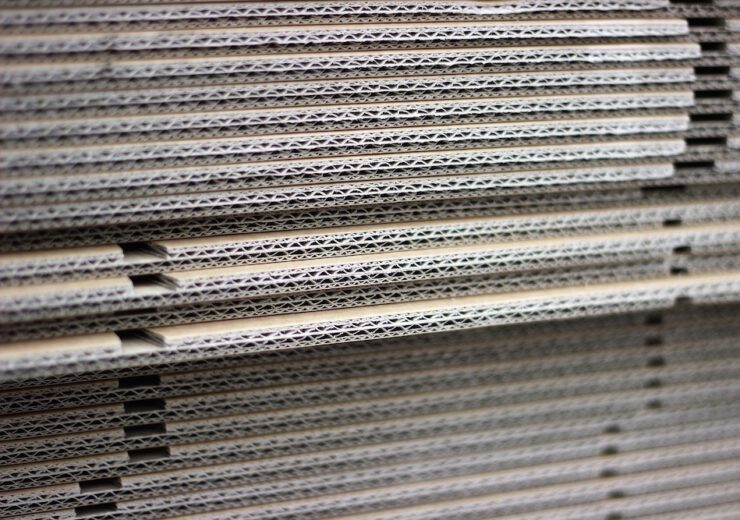 Like many industries in the world, North America is home to some of the packaging industry’s biggest companies – with four of the top 10 biggest in the sector coming from the region.

According to a report published by testing and compliance services company Smithers Pira in 2017, by 2022, food and drink packaging consumption is forecast to reach more than 650 billion packs by 2022.

Given this size, we explore who both have been and are likely to drive this growth by looking at the top five biggest packaging companies based in North America by revenue.

The world’s biggest packaging company by revenue, International Paper was founded in a merger between 20 pulp and paper mills in the New York-based town of Corinth in 1898.

It was subsequently acquired in 1941 by the International Paper and Power Corporation, which saw it assume its original name.

In 1986, the firm purchased the Hammermill Paper Company – a manufacturer of printing papers.

Nine years later, the company bought competitors the Federal Paper Board Company, before buying Champion International at the start of the 21st century.

International Paper’s current headquarters is an 18-hour drive away from its original Corinth home, in the city of Memphis, Tennessee.

A specialist in cellulose fibres, containerboard, corrugated and paper packaging, and specialty pulp, the firm currently employs 53,000 people across 150 countries.

The firm collects, consumes and markets more than six million tonnes of all paper recovered annually in the US, making it one of the country’s largest recyclers of recovered office paper and corrugated boxes.

Fellow paper packaging giant and the second-biggest company in the industry by revenue, WestRock recorded net sales of $18.2bn in 2019.

The firm came into existence in a “definitive combination agreement” between packaging companies Rock-Tenn Company and the MeadWestvaco corporation at the start of 2015.

The newly founded company, which had a combined equity value of $16bn when the transaction went through, was given the name WestRock in May 2015, with the merger completed two months later.

It’s involved in the manufacturing of pulp-based products, which includes corrugated containers, containerboard, paperboard and cartons.

Its CEO is Steven Voorhees, who has been at the top of the Atlanta-based firm since the merger.

Crown Holdings was founded in the city of Baltimore in 1892 by William Painter, an Irish-born American who invented the crown bag for bottled carbonated beverages.

By 1977, it expanded its operations to become the world’s leading can and crown producers overseas, operating 60 plants aboard.

At the beginning of the 21st century, the firm completed a $3.2bn refinancing plan, forming Crown Holdings as a new public holding company.

It is a supplier of different packaging products across its business – which include aerosols cans, beverage packaging, closures and capping, and food cans, as well as promotional and transit packaging.

The firm, which reported net sales of $11.6bn in 2019, employs more than 33,000 people across 239 manufacturing plants, and sales and services facilities in 47 countries.

Crown’s current CEO and president is Timothy J Donahue – a position that he has held since 2016, coming off the back of three years as its chief operating officer.

Ball Corporation, which was set up in 1880 by five brothers as the Wooden Jacketed Can Company in New York, generated net sales of $11.4bn in 2019.

Now based in Broomfield, Colorado, it wasn’t until 1969 that it became known as a metal beverage and aerosol packaging developer and was named Ball Corporation.

The firm employs more than 17,500 people, who work across more than 100 sites over five continents.

The company is currently run by John Hayes, who has been at the top of the business as CEO since 2011.

Ranked 358 in the Fortune 500 list, plastic packaging giant Berry Global generated net sales of $8.8bn in 2019, up by more than $1bn from the previous year.

Founded in 1967 as Imperial Plastics in the Indiana city of Evansville, it was initially set up as an injection molding company, before entering the plastic container market in 1972.

In 2012, the firm began trading on the New York Stock Exchange under the ticker symbol BERY – with it changing its name to Berry Global in 2017.

The company is predominantly involved in either flexible or rigid plastic packaging, developing products in the food, shrink and supermarket sectors.

As well as this, it’s a manufacturer of drinks cups, bottles, closures, overcaps, pharmaceuticals and vials, jars, tubes and strawless lids.

The firm, which is an employer of 48,000 people, has more than 290 global locations based in Europe, Africa, Oceania, as well as north and south America.

At the top of the company is its chief executive officer and director chairman of the board Tom Salmon, who has been in the role since 2017.