NS Packaging looks at the history of WestRock, how it's improving its sustainability credentials and the work it’s doing during the pandemic 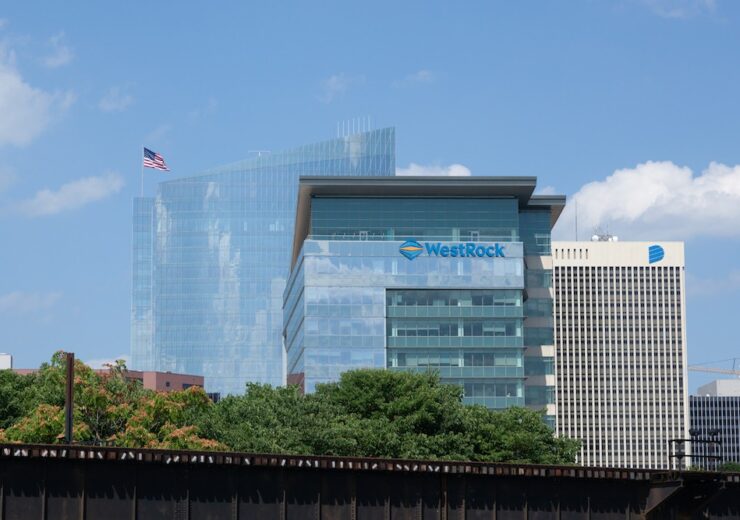 WestRock came into existence after a merger between RockTenn and MeadWestvaco in 2015 (Credit: Shutterstock/Erin Cadigan)

Founded in 2015, US-based corrugated packaging company WestRock is one of the biggest businesses in the industry.

The firm is predominantly involved in the manufacturing of paper-based products, which includes corrugated containers and cartons.

In addition to this, it’s a developer of displays, containerboard, kraft paper, paperboard pulp and operates recycling services.

As of September 2018, the business had approximately 45,100 employees spread across more than 320 factories, design centres, research labs and sales offices around the world.

WestRock’s current CEO is Steven Voorhees, who has been at the top of the Atlanta-based firm since it was founded.

NS Packaging looks at the history of the company, how it’s improving its sustainability credentials and the work it’s doing during the pandemic.

WestRock came into existence in a “definitive combination agreement” between packaging companies Rock-Tenn Company and the MeadWestvaco corporation at the start of 2015.

The new firm, which had a combined equity value of $16bn when the transaction went through, was given the name WestRock in May 2015, with the merger completed two months later.

During its first year, it purchased SP Fiber Holdings – a producer of recycled containerboard, kraft and bag paper, and newsprint – and entered into a joint venture with Groupo Gondi to create a leading paper packaging company in Mexico.

In November 2019, the firm won two sustainability awards from the American Forest and Paper Association, the fifth consecutive year the trade association has honoured the company for its sustainability advancements.

A year later, WestRock announced it had been named on the Dow Jones Sustainability North America and World Index for 2020.

How WestRock is making its packaging more sustainable

The firm received these awards, in part, due to its “People, Planet, Performance” sustainability plan, which focuses on three areas.

Firstly, it aims to support people and communities by improving safety, diversity and inclusion, and training and development.

WestRock is also looking towards “bettering the planet” by focusing on sustainable forestry, reducing carbon emissions and “water stewardship”.

Finally, the company is looking to innovate for its customers through circularity and waste reduction.

As part of these three areas, all of its products made with virgin fibre begin with wood sourced from responsibly-managed forests, with the company actively promoting efforts to increase the amount of land certified to recognise forest management standards.

It’s also one of the packaging industry’s largest recycling networks, and reuse fibre-based packaging to manufacture a variety of paperboard products.

In addition to this, the firm can collect or accept materials for recycling, it then processes and recycles the fibre, which can then be put into manufacturing processes with half of it going to its own mills.

According to its 2019 sustainability report, WestRock achieved a 21% absolute reduction of greenhouse gas emissions since the 2015 baseline.

Added to that, 81% of its global facilities are forest certified, while 514,000 additional acres that it uses have been certified since 2015.

In addition, the company is looking to apply sustainable design principles to all of its product design work, increasing its purchases of virgin fibre from lands certified to credible forest management standards by 25% by 2025.

How WestRock is responding to the Covid-19 pandemic

In March, WestRock chief commercial officer Jeff Chalovich released a statement that focused on the firm’s responses and actions during the Covid-19 pandemic.

Due to the fact that manufacturing businesses were designated as essential by multiple government organisations, the company was and has been delivering critical infrastructure, supply chains and other manufacturers during this time.

At the start of the pandemic, the firm limited access to all of its locations to individuals who were absolutely necessary to keep its operations running.

Because of this, the more than 300 operating locations WestRock were and have been able to continue to produce products.

In addition, it has company-wide procedures with each location having a site-specific contingency plan and have been working with local government and health organisations to ensure compliance.

And, due to the changing nature of the pandemic, the firm has been in daily contact with its suppliers and carriers to monitor any developments that would impact the sourcing of raw materials or delivering orders.