Enter Giki: The app that helps you live a more sustainable lifestyle

From ethical palm oils to recyclable plastic, Giki is an app the allows consumers to work out how environmentally friendly the product they're buying is 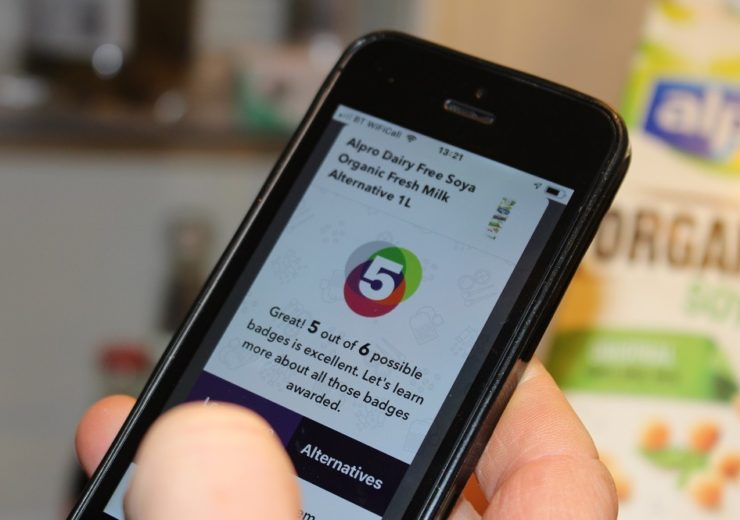 Giki app in use (Credit: Giki)

Giki is an app giving sustainability-minded individuals the opportunity to fully understand where the products they buy come from. Thomas Parker speaks to one of its co-founders, Jo Hand, about how it works

From the green agenda increasingly hitting 24-hour news cycles to documentaries such as Sir David Attenborough’s Blue Planet and War on Plastic with Hugh and Anita, consumers are becoming more conscious of the effect their lifestyles have on the environment.

But for those looking for more sustainable choices in their day-to-day purchasing, it’s difficult to work out what’s best to buy.

Enter Giki – which stands for “Get Informed, Know your Impact” – an app that provides information on a product’s environmental impact, simply by scanning a barcode.

Co-founder Jo Hand, who released it last year after developing the technology with her husband, says: “Giki was set up because we think the impact of humanity on the planet is too great and we want to help people reduce their environmental impact.

“And we do that by providing simple-to-use, easy-to-access, free information around products so people can make the decision they want to make around what they buy.”

How was the Giki app founded?

The company was founded it 2017 by Jo, who began her professional career working as a journalist for The Independent and the Agence France-Presse (AFP).

She went on to be a television producer for the BBC and Channel 4, where she first started to learn about environmental issues.

“The first programme I worked on was called Deluge, a three-part series for Channel 4 looking at the history of flooding, and it was then when I started to really learn about climate change,” says Jo.

“At the other end of my TV career, I did a piece for Channel 4 News on carbon trading, and I found out about all the financial mechanisms that are being planned and used to try to reduce the impact of climate change.”

After working for climate change charity Carbon Disclosure Project – where she became the first woman on the management team – Jo went part-time to have children, and it was then that she started to think more about where the products she was purchasing came from.

“I’d recently had children so you naturally think about things in a different way,” she explains.

“When I was buying stuff for them, I started to think about what’s in the products, how have they been made, and has the making of them had some sort of negative environmental impact.

“I then spent a lot of time online, digging around trying to find out what I felt to be the best option – but you simply don’t have the time to do that on every item.

“I only did that on one-off purchases, so we wanted to do that for people in a clear and easy to access way.”

This is when she decided to set up Giki with her husband James, who was working in finance at the time – although the pair approached the idea in different ways.

“For me it was a frustration of not knowing what the environmental impact was of the products that we buy,” says Jo.

“If you are concerned about the environment, it is difficult to align that with how you spend your money.

“It was also the idea of the power of the collective, in terms of the ability to encourage wider change.

“For James, it was all about the data and what you could do with it – actually provide these insights to people and make it easier to make sustainable decisions by building something that was tangible, free and actionable.”

Since the app was launched just over 12 months ago, it has been downloaded 16,000 times.

How does the Giki app work?

Products stored in the database are awarded badges based on whether or not they have a positive or negative impact on the environment.

Each badge is selected from data collected from multiple sources, including details on the packaging, government guidelines, academic and scientific research, as well as company-reported information.

This then goes into Giki’s database, with dozens of algorithms processing all the information to produce the badges.

For example, when NS Packaging scanned a TetraPak-made 330ml carton of Vita Coco coconut water, it fulfilled the criteria for four out of six possible badges – being a healthy option, free from additives, better packaging and low-carbon footprint.

But it didn’t pass the test for being organic or UK-made.

Jo says: “We decided to come up with this badge system, whereby you can see how a product performs against different indicators.

“The reason we did that rather than just give an overall score is because different issues matter to different people – so some people will be particularly interested in animal welfare, others will want to know about the carbon footprint of a product.

“By using badges, we have been able to show that some products perform fantastically well in one area and less well in another area.

“And providing the information across a spectrum of issues that we hope are easy to access, then it is up to people that use that information.”

The Giki app has been designed for a wide audience, as awareness and concern from consumers has grown significantly over the past few years.

Jo adds: “There seems to be a much broader group of people who are focused on these issues, and plastics have obviously been a key one that has engaged many people who may not have been interested in environmental issues before.”

Packaging is a problem faced by supermarkets

According to Jo, the difference between the best and worst places to shop all depends on which particular issue that concerns a consumer most, although one area seems to be more challenging than others.

She says: “Packaging, I would say is a problem faced by supermarkets and all brands.

“It’s a massive challenge, and there really is a big consumer demand for change and it doesn’t look as if it is going to go away either.

“It’s a galvanising issue for people because it is tangible.”

Future of the Giki app

This summer, Giki intends to launch its “hero” badge – which will indicate clearly and simply if a product allows the consumer to live a sustainable lifestyle.

It will be given to products that have at least an approximate 30% cut in its environmental footprint against the UK average.

Jo says: “We are really excited about that because, although we provide information across various different areas so that people can pick and choose, the feedback we get constantly is they want one clear indicator – ‘does this allow me to live a sustainable lifestyle or not?’

“So all the other badges will be in their current form, but this will be a quick, simple-to-use badge.

“In terms of the big picture, we see it as one-to-one platform, mainly to help people live a more sustainable lifestyle.

“And I think you are starting to see in certain pockets of society have a real desire to be more sustainable.

“In terms of growth, we would really like for this to be used widely across the UK and overseas.

“We have built it so we can scale it globally, so that will happen and some stage.”