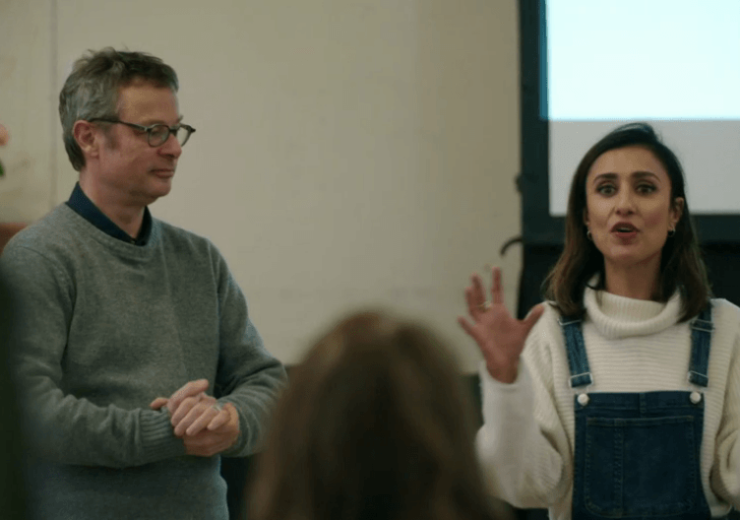 From the problems of old plastic toys that can’t be recycled to the rise in production of plastic pellets, there was plenty to think about in the final edition of the BBC’s documentary chronicling a “war on plastic”.

Over the course of the three-week series, War on Plastic with Hugh Anita highlighted the amount of plastic waste the UK is shipping abroad along with the problems of microplastics, and the price divide between loose and packaged food.

Last night was the third and final edition of the series, where celebrity chef and journalist Hugh Fearnley-Whittingstall and TV presenter Anita Rani concluded their four-month experiment to reduce plastic consumption in a Bristol residential street.

It also shed light on the rise of plastic production and the issues of packaged food at supermarkets.

NS Packaging highlights three things we learned from the War on Plastic documentary.

The problem of single-use plastic toys

The first issue tackled in the final edition of the programme was the problem of plastic toys, with at least two-thirds of toys being made from the material.

The biggest problem area explored by the documentary was the use of freebie products from fast food outlets such as Burger King or McDonald’s.

Remarking on these items, a parent involved in the test in Bristol said: “Nine times out of ten, with the toys, you open it up, make it and then, within 30 seconds, they break away.”

Anita visited a recycling sorting facility for part of East London, where she was told by the Recycling Association’s CEO Simon Ellin that the largest toy distributor in the world is McDonald’s.

Despite the fast food outlet saying that all its Happy Meal toys can be recycled, Mr Ellin  simply doesn’t agree.

He said: “Technically these would be recyclable but there’s so many different types of polymers that are bonded together – a tiny, tiny proportion are ever going to get recycled.

“Lots of manufacturers will say it’s recyclable and in theory, it is. In practice, it’s just not going to happen.”

Anita also met with two young girls who had put together a petition with more than 160,000 signatures asking fast food outlets to stop putting plastic toys in their children’s meals.

The pair sent letters and emails to both Burger King and McDonald’s.

It only received a response from Burger King, which informed them it would trial the removal of toys and work to develop a more sustainable toy solution by 2020.

After McDonald’s failed to respond, the petition was delivered to its UK headquarters by the girls, who were first being instructed to leave by the secretary until they were eventually allowed to drop it off at the reception.

Production of plastic pellets on the rise

Continuing his investigation into the global plastics problem, Hugh was sent a graph by a leading environmental scientist at the University of California, who composed data of the growth of plastic production worldwide.

To understand what plastic production companies are doing to tackle to the problem, Hugh visited a plant set up by chemicals company Ineos and spoke to director Tom Crotty.

He explained how the firm is expecting to produce more plastic using recycled items in the next few years.

Later in the episode, Hugh spoke to Friends of the Earth’s lead plastics campaigner Julian Kirby, who has been modelling the future of global plastics, and explained the issue with the approach that companies like Ineos are proposing to take.

Asking if this would work, he said: “Not if we take that approach, which is just carry on making more and more and more, and hope that recycling will get us out of the fix – because recycling can’t do that.”

“But what people never talk about in the debate is the size of the circle. So it’s all very well putting in plastic and then making it spin around.

“But if you’re putting in more and more plastic, then your circle is getting bigger and bigger, and more plastic means more climate-changing pollution from fossil fuels that are needed to make that plastic.

“Mass expansion of plastic production and use is driving the plastic pollution crisis, but it’s also a major contributor to the climate crisis.”

Solution needed to be found in plastic pollution problem at supermarkets

At the end of the four-month experiment on a street in Bristol, the documentary team found it was able to reduce the amount of single-use plastic that 20 households used by 45% – from 15,774 pieces to 8,610.

They achieved this by replacing certain products, such as packaged cheese with loose blocks and shower gel with bars of soap.

If this was followed across the country, it would lead to a reduction of 8.8 billion pieces of single-use plastic items.

One issue that was brought to the attention of the team, however, was food available at supermarkets.

Anita observed one of the trials conducted by Tesco on loose fruit and vegetables – designed to remove the need for packaging – but found that, although the loose item prices were lower, there was still a larger quantity of packaged products for some produce.

When quizzed about how easy it would be to remove as much plastic packaging as possible, the company’s group quality director Sarah Bradbury said: “Practically, we could do it tomorrow, if it was the right thing to do.

“But we need to make sure that we’ve brought the supply chain along with us.”

One potential solution being tested is the use of reusable packaging for food produce, with Hugh visiting a Waitrose in Oxford to observe this method.

He found a ground swell of support for the system, saying: “We’re at the very, very beginning of something. Or are we?

“Maybe it’ll just peter out and die. What I think is important about what’s happening here is that they’re showing it is possible – we can do our shopping with all this plastic.

At end of the documentary, there was a call on members of the general public to return plastic packaging to supermarkets with messages on them, calling for the end of single-use plastic packaging.