Reuse schemes, plastic packaging and e-commerce — how the packaging industry could be affected by coronavirus

E-commerce business, one of the growing markets for the packaging industry, has seen a big sales boost since coronavirus hit 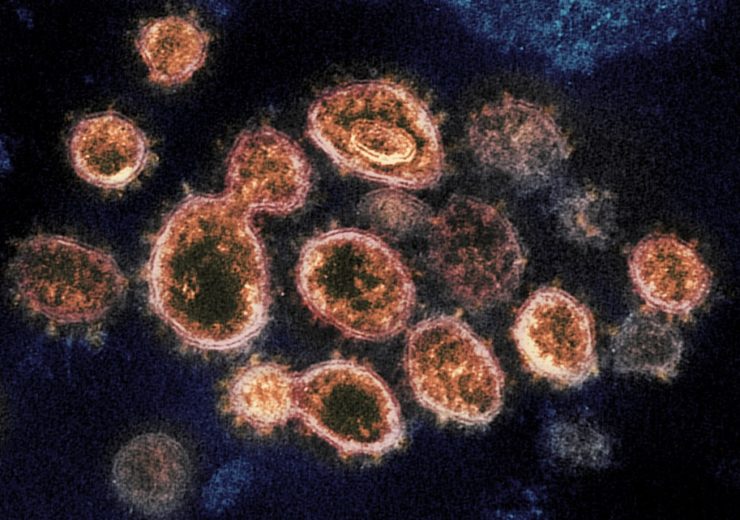 Coronavirus was declared a pandemic by the World Health Organisation on 11 March 2020 (Credit: Flickr/NIH)

The coronavirus (Covid-19) pandemic has had a huge impact on businesses across the globe, and the packaging industry is no exception.

The virus has already hit the retail supply, with disruption starting to slow the shipment of goods.

Analysts predict that, if the situation persists, it could end up depressing the Christmas season, where many retailers make the most of their profits.

Alongside this, major users of reuse schemes have decided to temporarily suspend operations — amid fears of spreading the virus to customers.

Some sectors could, however, see a boost in trade.

The e-commerce marketplace is already seeing a big increase in business, after the implementation of self-isolation policies by governments across the globe.

From e-commerce to reuse schemes, we look at how the packaging industry could be impacted by Covid-19.

Alongside ongoing research to find a vaccine for the virus, scientists have been investigating how coronavirus can spread.

The US National Institutes of Health (NIH) has conducted a study to find out how long the disease can survive on a range of surfaces.

As part of the test, researchers compared Covid-19 to SARS — another deadly virus that’s part of the same family.

Working alongside scientists from UCLA, Princeton University and the Centers for Disease Control and Prevention, the NIH study discovered both diseases were detectable for up to 72 hours on plastic and stainless steel surfaces.

On copper, there was no viable Covid-19 measured after four hours, half the time it took for SARS to dissipate from the same material.

As for cardboard, the SARS virus wasn’t registerable after eight hours, while Covid-19 persisted for a day.

According to medical not-for-profit, the Mayo Clinic, viruses generally remain active longer on stainless steel, plastic, and similar hard surfaces than on fabric and other soft surfaces.

Other factors can also determine how long cold and flu viruses can stay active outside the body, including the amount deposited on a surface, along with temperature and humidity.

And with businesses such as Loop and Splosh allowing consumers to reuse their packaging at home, the market was beginning to flourish.

But due to fears of spreading Covid-19, some companies have decided to cancel such schemes.

In the earlier part of March, Starbucks announced it would temporarily ban reusable cups in its stores in the UK, US and Canada.

The coffee chain did say customers would receive a 25p discount for bringing their cups with them, but the drink would be served in a single-use container.

Speaking to the BBC at the time, Starbucks’ spokesman in Europe, Robert Lynch, said: “Out of an abundance of caution, we are pausing the use of personal cups or tumblers in our stores across the UK.

“However, we will continue to honour our 25p discount for anyone who brings in a personal cup.”

Lynch added that the company would suspend its 5p charge for customers seeking to use a paper cup.

Doughnut chain Dunkin’ has announced it will temporarily stop refilling travel and reusable mugs in the US.

Could the coronavirus provide a boost for the plastic packaging industry?

Since 2012, global revenues recorded from plastic packaging sales have dropped from a high of more than $50bn to around $40bn.

However, concerns around food hygiene due to Covid-19 could increase this market’s intensity— which could undo some early progress made by companies towards a circular economy.

Researcher BloombergNEF says it doesn’t expect this increased demand to have a significant impact on either plastic demand or circular economy goals.

It does, however, think there could be an increase in demand for single-use packaging due to increased food deliveries during quarantine periods, which would affect the demand in polystyrene, polyethylene, and paper and cardboard containers.

Thin films made from low-density polyethylene (LDPE), could see the biggest hygiene-related boost.

According to BloombergNEF, there’s anecdotal evidence of bulk foods being sold in plastic bags, or wrapped in thin plastic film.

The price of LDPE packaging is currently low, meaning there will be little impact on sellers from the additional cost of using the material.

Outside of packaging, demand for surgical masks — typically made up of materials such as polypropylene, polyurethane, polyisoprene, and steel and aluminum — has also increased.

BloombergNEF says these masks make up a small portion of demand for all these material markets, and the organisation doesn’t expect to see an impact from this application.

Overall, the analytics company does not expect this period to affect its global long-term forecasts for both plastics or the circular economy goals of major companies.

It does, however, believe that if increased hygiene measures extend beyond the summer, then some firms could push back the timelines for reaching their packaging goals.

BloombergNEF says this could especially be the case in Asia, where consumer demand for sustainable packaging was already weak.

Growth in use of the e-commerce marketplace

The economy has been hit hard by the Covid-19 outbreak, with global stock prices dropping sharply.

Despite this, a sector that’s seen a boost in recent days is e-commerce, with online sales surging by 52% when compared to a year ago.

Alongside this, the number of online shoppers has increased by 8.8% since the outbreak began, according to a digital experience analytics business Quantum Metric report.

As part of its analysis, the firm looked at 5.5 billion anonymous and aggregated online and mobile visits to retailer websites from the start of January to the end of February.

Due to these spikes in usage, many e-commerce companies have cautioned about “limited delivery availability”, with services experiencing delays due to high shopper demand.

Alongside this, 44% of retailers expect there could be production delays due to Covid-19, according to a survey conducted by media and research organisation Digital Commerce 360.