From PET to polystyrene: Six different types of plastics and their uses

Plastic can be used for anything from making vinyl records and water bottles to food containers and carpets. Thomas Parker looks at different types of plastics and their uses 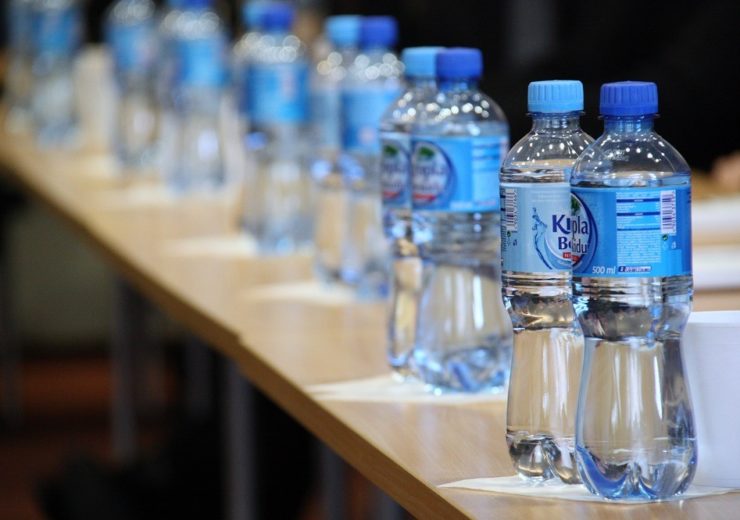 Most plastic bottles are made from PET (Credit: Pixabay)

While different types of plastics have been in development since the mid-19th century, only in the past 50 years have their uses become more prominent.

Described by many as a “miracle material” due to its durability and versatility, its effects on the environment are now becoming clearer, with a wider emphasis being placed on its reuse.

This was not always the case, however.

In 1955, just as plastics started to become ever more popular, American magazine LIFE published an article entitled Throwaway Living, which described a new material that was so incredible you could use it once and then throw it away.

Now, the common phrase used in relation to plastics is “reduce, reuse, recycle”, with the world having gained a better understanding of the problems it causes for the environment.

According to non-governmental organisation the Ellen MacArthur Foundation, around 6.3 billion tonnes of plastic waste has been generated in the world so far and, by 2050, there will be more plastic in the ocean than fish.

With these statistics, countries and companies across the world are increasing measures to reduce and reuse plastics.

But some are more difficult to deal with than others. We take a look at six types of plastics, including their histories, what they have been used for, and how difficult or easy they are to recycle.

Six different types of plastics, their uses and how difficult they are to recycle

But it wasn’t until 1941 when the plastic was fully patented by English chemists John Rex Whinfield and James Tennant Dickson, who were employees at Manchester textiles firm Calico Printers’ Association.

Though it’s now more commonly used for plastic water bottles, the material was first used as fibres for clothing in textiles.

American mechanical engineer and inventor Nathaniel Wyeth, also working at DuPont, first came up with idea of using PET for bottled drinks in 1967 by strengthening the material, before receiving a patent for use in bottles in 1973.

Two years later, the newly-invented material, created by putting low pressure on polyethylene compounds, was used to produce a pipe.

For the creation of HDPE, Ziegler was awarded the Nobel Prize for chemistry in 1963, alongside Italian chemist Giulio Natta, who worked with the German on the polymer during the mid-1950s.

The material has been used for pipes in sewers, and in storm and slope drains, although the most visible use for it is in milk bottles.

Mr Cox says that, in the UK at least, the product has a good circular-economic process.

He adds: “It’s a good plastic, with a relatively closed-loop recycling process.

“Most of the milk bottles on the market so far are made up of 30% recycled content, which has been in place for not that long – about five years or so.”

Although it was first created by German chemist Eugen Baumann in 1872, polyvinyl chloride (PVC) wasn’t officially patented until 1913 by countryman Friedrich Klatte.

It was then turned into a plastic in 1926 by American inventor Waldo Semon while he was working for US manufacturer Goodrich Corporation  – known then as the BF Goodrich Company.

PVC has famously been used for phonograph records – or vinyl – which were invented during the 1950s when the plastic became more commonplace.

According to Mr Cox, it’s one of the worst plastics to be used because it’s so difficult to recycle.

He says: “It has a number of issues with it – one being that if it finds its way into the recycling stream, it is difficult to separate it from PET.

“The way that products are recycled is based on density, and unfortunately the density of PVC is the same as PET.

“So if PET is being recycled with PVC there, it’ll break down and give off hydrogen chloride.

“However, PVC is a tiny percentage of the plastics being used in the UK, with the product mainly coming in from imports.”

Major production of low-density polyethylene (LDPE) began in 1942, following the discovery of polyethylene by scientists at the London-based Imperial Chemical Industries in 1933.

Due to the low density of polymers used in the product, LDPE is commonly used in plastic carrier bags.

With this being the case, the product can be commonly recycled in the UK at recycling points at major stores, including Tesco, Asda and Sainsbury’s.

Despite its recycling capability, various countries have introduced legislation to cut down plastic bags, such as a 5p tax introduced in the UK in 2015.

Polypropylene (PP) was first discovered by the Italian chemist Giulio Natta – who also helped create HDPE – in 1954 while working at chemicals company Montecatini, which later became the Milan-based energy company Edison after a merger in 1966.

The commercial production of PP started in 1957, being developed by Montecatini alongside American and German chemical companies Hercules Incorporated and Farbwerke Hoechst AG – now Hoechst AG.

A material that is recyclable in the UK, it’s commonly used in fibres for upholstery and carpets, alongside being used for toiletry products such as shower gels and shampoo.

The oldest plastic on this list, polystyrene (PS) or styrofoam, was discovered by accident by German pharmacist Eduard Simon in 1839.

It wasn’t until 1922 that fellow German chemist Hermann Staudinger discovered that what Mr Simon had produced was a plastic polymer.

For this research, Mr Staudinger was awarded the Nobel Prize for chemistry in 1953.

German chemical company BASF was the first to commercially manufacture polystyrene in 1930, which was under trust to fellow German company IG Farben –which is currently based in Poland.

In 1937, US multinational Dow Chemical Company first introduced the product into the American marketplace.

Polystyrene has been widely used over the years, from protecting products in cardboard boxes to cups and takeaway cartons.

Mr Cox describes the plastic as a problem, although he says developers are starting to get rid of it.

He says: “Most manufacturers are phasing out their use of polystyrene.

“It’s not problematic like PVC, the only reason why it’s problematic is because it’s very difficult to recycle in the UK.”

The European Union passed legislation last year that will ban certain types of polystyrene, such as cups and food containers, from 2021.