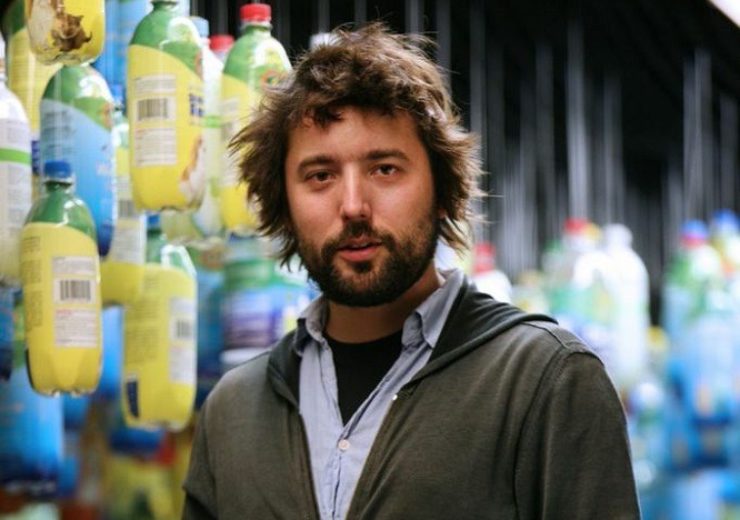 Initially set up as a fertiliser manufacturer in 2001, TerraCycle has grown to become one of the most well-known names in the recycling business, with a reputation as an innovator. Thomas Parker speaks to its CEO and founder Tom Szaky on how he’s reshaping the way consumers use and dispose of packaging.

It’s estimated that humans dumps around 2.12 billion tonnes of waste a year, with 99% of what’s purchased globally being thrown away after six months of use.

If all this was put into bin lorries parked side by side, the chain would go around the world 24 times.

This amount of waste – alongside increased public awareness of plastic pollution due to television programmes such as Sir David Attenborough’s Blue Planet II documentary series – has seen businesses seeking out improved solutions to tackle the problem.

That’s where companies like TerraCycle – nicknamed the “Google of garbage” due to its innovative approach to dealing with waste – come in.

Founded in 2001, the firm has become one of the most influential recycling businesses in the world after finding ways to re-purpose hard-to-recycle waste.

It now operates in more than 20 countries, engages over 80 million people and has recycled billions of pieces of waste through various platforms.

The firm also set up Loop, a packaging system that allows brands and consumers to reuse containers.

TerraCycle’s CEO and founder Tom Szaky says he wanted to set up the firm because he believes business is “the biggest and most powerful tool for change”, but it has to be “guided by an important purpose”.

He adds: “This purpose is ideally one that helps the planet and society be better rather than just the sole pursuit of profit, and that’s why I wanted to start a mission-driven organisation.

“And the topic of waste was quite fascinating to me, and still is today, because everything we buy will one day be the property of the waste industry.

“For how immensely large that is, the net amount of innovation is incredibly low, I think people don’t desire to be involved in the waste industry.”

Tom Szaky on why TerraCycle became a waste business

In 2001, a 19-year-old Szaky – who had been forced to flee Hungary as a child and emigrate to Canada after the 1986 Chernobyl disaster had brought radioactive clouds on his home country – launched TerraCycle.

The idea came after he and his friends fed kitchen scraps to red worms and used their faeces as a fertiliser to give to their indoor plants.

Despite its growth, Szaky wanted to change the “hero” of the firm’s business model, turning the focus from a niche product into the general waste issue.

He says: “We realised that if we were a product company, then the ‘hero’ of that business equation is the product.

“This meant we would cherry-pick the very best type of garbage to make the products. Everything was made from waste, including the packaging.

“We took the best bottles and ingredients to feed everything we produced, and as such we would never do things like we do today – such as cigarette recycling, disposing of dirty diapers or collecting difficult-to-recycle materials.

“We decided that we needed to switch the ‘hero’ of our equation from the product to the garbage, and that’s what led to what the company is today.”

In 2020, TerraCycle is recognised as a global leader in collecting and re-purposing hard-to-recycle items like those mentioned by Szaky.

Blue-chip companies are among its client list, including Coca-Cola, Unilever and Procter & Gamble.

The CEO believes these industry giants work with his company, rather than competing against it, due to its decision to focus on waste instead of products.

He adds: “Any environmental advocate out there, no matter what they’re campaigning about, will say that there’s very little time to save the planet.

“If you accept that, and also if you want to scale quickly, then it’s better to work with large organisations and to get them to shift their practices – instead of competing with those organisations with alternative practices.

“We found that the best way to do that is to go to consumer product companies – the producers and retailers – and embed our practices into their way of business.”

Since shifting away from its fertiliser manufacturing roots, TerraCycle has run several well-known recycling schemes.

In 2012, the company launched the “world’s first” recycling programme for cigarette ends.

Initially set-up in Canada, it quickly expanded into the US – with the company diverting 2.5 billion butts, which contain microplastics, from entering landfills.

In 2018, the company partnered with PepsiCo-owned crisp brand Walkers to set up a recycling system for packets, which are made from a metallised plastic film.

The scheme has since grown, with 80% of households in the UK now being within four miles of a public collection point.

A year later, TerraCycle set up Loop – a packaging system that allows consumer goods manufacturers to reuse their containers.

The system has four stages. Firstly, a consumer purchases an item through the Loop web store, which is then delivered to the door in the company’s custom Tote bag.

Once a user is finished with the product, the packaging is placed in the bag, collected upon request and returned to the organisation – where it’s cleaned and refilled, adhering to US Food and Drug Administration standards.

For a product to be a part of the scheme, containers must be redesigned to be durable, cleanable and circular — meaning it won’t contribute additional waste.

The scheme, which was launched at the 2019 World Economic Forum in Davos, has relationships with drinks manufacturers PepsiCo and Coca-Cola, food giants Mondelez and Mars, as well as consumer goods producers Unilever and P&G – among others.

Szaky says: “The idea for Loop came up when I was talking to colleagues. We asked ourselves whether or not recycling and making products from recycled content was going to solve the garbage problem.

“We realised that it’s an incredibly important thing to do, but it’s only solving the symptom of waste and not really eliminating the idea of it – or solving the root cause.

“And that led us on an exploration that crystallised with Loop.

“Loop is a platform designed to enable reuse, while maintaining the affordability and convenience of disposability.”

The idea of reusable packaging is not a new one, with businesses such as Starbucks and Costa offering incentives for consumers to bring in their own coffee cup.

Alongside this, supermarket chains such as UK-based Waitrose are testing refillable schemes in their stores.

Szaky says there needs to be a huge “culture shift” in society to make these types of on-the-go reusable packaging schemes effective.

He says: “I believe, in the short-term, consumers are not willing change their fierce love of convenience.

“A lot of that is brought about by the benefits of disposability – they’re simply not willing to sacrifice that.

“Reuse models have to accept that and adapt to it, giving options that feel disposable but are actually reusable.

“I think in the long run, consumer mentality may change and people may shift culture as they have many times.

“That could happen in the long run, but I don’t think people who are in their prime consumer mode now will shift anytime soon.”

One permanent tenant of discussion in both the recycling and packaging sectors has been in the shift towards a more circular economy – where items are produced with the intention of being reused.

Those involved have committed to making 100% of their plastic packaging recyclable, reusable or compostable by 2025.

Despite this, Szaky believes the concept is still very far off.

“Here’s the problem,” he says. “While there are exciting things happening, the amount of classic linear systems – the ‘take, make, waste’ type of system – are growing as well.

“While there’s this great emergence of sustainable businesses and activity going on, and that’s growing tremendously, the other side is growing at the same time.

“The world will probably have to go through quite a lot more slaps in the face, like the huge bushfires we saw recently in Australia, to wake people up.

“However, we noticed that every time there’s a big environmental disaster in countries like Great Britain or Australia, everyone suddenly starts caring about the environment much more, then holds on to it.

“That’s the optimistic part. Take the Fukushima nuclear disaster in Japan – the general public sentiment around sustainability increased and it never went away.

“It’s just too bad that we have to go through pain to see the truth.”

According to research conducted by technology firm ThoughtWorks in 2018, 62% of British shoppers were concerned about plastic packaging.

Szaky believes that, although waste has always been identified as a problem, it’s now regarded as a crisis.

He says: “I’ve never met a human being who says that garbage is good and recycling is bad – it’s always been a black and white negative issue.

“In the past 24 months, however, it’s become a crisis and it hasn’t gone away.

“It’s not trended away or anything like that, it’s not in-vogue and unfashionable – people are consistently caring about it.

“I’d say the straw that broke the camel’s back is probably Sir David Attenborough’s Blue Planet II – that’s the moment where that change really crystallised.

“This awareness is important because innovation in the circular economy is going to be directly proportional to how upset people are about the current system.”

To listen to the full interview with Tom Szaky, check out our podcast here.