Ocean plastics and reuse schemes: How have consumer goods companies been reducing their plastic in 2019?

In recent years, charities such as the Ellen MacArthur Foundation and WRAP have brought major companies together with the goal of reducing plastic waste 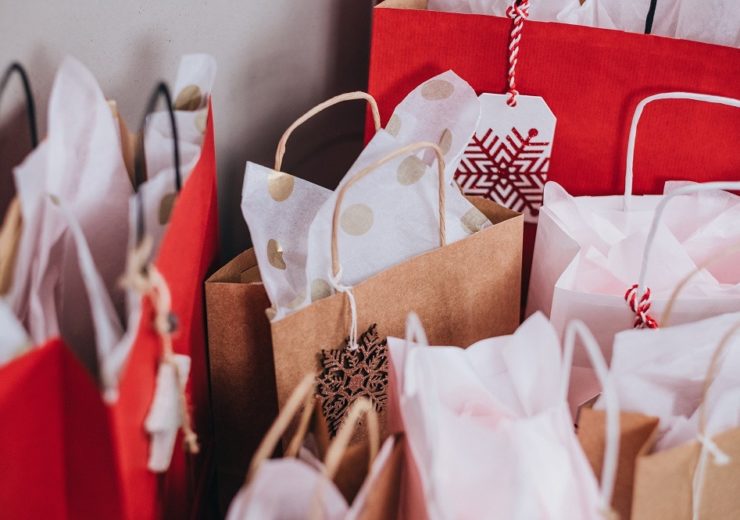 When it comes to tackling plastic waste, consumer knowledge firm Kantar Worldpanel found that nearly half of all consumers worldwide expect manufacturers to take the lead (Credit: Pexels)

For companies that develop consumer products, reducing plastic waste is a massive issue on the agenda.

Research conducted by digital consumer analytics firm Brandwatch found that, between the first quarters of 2017 and 2018, the number of tweets about plastic waste more than doubled.

Customers have also been keen to gain a better understanding of the issue in recent years, with the number of Google searches of the phrase “plastic waste” steadily increasing over the past five years.

With interest in this area only growing over the past few years, consumers are beginning to demand more action from retailers and manufacturers.

A report by consumer insights firm Kantar Worldpanel suggested nearly half of consumers worldwide expect manufacturers to take the lead.

With this stark view from the general public, brands are starting to push for more sustainable solutions for their products.

From reusable and refillable schemes to drinks bottles made from ocean plastic, we look at how brands are making their packaging more environmentally friendly.

Soft drinks giant The Coca-Cola Company is no stranger to sustainability.

In 2018, the company outlined its World Without Waste vision, a global commitment to collect and recycle as many bottles and cans as it sells by 2030.

As part of these ambitions, it unveiled new bottles partly made from recovered and recycled sea plastic.

Described as a world-first, 300 samples were produced using between 20% and 25% marine waste retrieved from the Mediterranean Sea and its beaches.

The firm says it demonstrates that ocean debris could be used to package food and drinks.

Coca-Cola Western Europe’s technical and supply chain director Bruno van Gompel said at the time: “Enhanced recycling technologies are enormously exciting, not just for us but for industry and society at large.

“They accelerate the prospect of a closed-loop economy for plastic, which is why we are investing behind them.

“As these begin to scale, we will see all kinds of used plastics returned, as good as new, not just once but again and again, diverting waste streams from incineration and landfill.”

About a month later, Coca-Cola European Partners announced it would launch a new range of paperboard “toppers” for all of its multipack products in parts of Europe.

The new development, designed to replace plastic shrink film, is due to be rolled out in Ireland, the Netherlands and Poland in early 2020.

Consumer goods developer Unilever made a relatively eye-catching move to improve its sustainability credentials early on in the year when it announced it was entering the reusable packaging space.

Working alongside Loop – a refillable packaging scheme set up by international recycling firm TerraCycle – brands Dove, Sure (known as Degree in the US) and Lynx (AXE in the US) would be the first to test the new format.

The scheme sees products delivered to the consumer for use, before being returned back to the business to be cleaned, refilled and redistributed back to users.

Unilever CEO Alan Jope said at the time: “We want to put an end to the current ‘take-make-dispose’ culture and are committed to taking big steps towards designing our products for re-use.

“We’re proud to be a founding partner of Loop, which will deliver our much-loved brands in packaging which is truly circular by design.”

In October, the company pledged to collect and process as much plastic as it uses by 2025.

The firm also committed to cutting its virgin plastic packaging footprint in half by the same year, meaning it would have no more than 350,000 tonnes in use.

Whether it’s developing bio-based plastic bottles or working with Project STOP – set up to design, implement and scale circular economy solutions to prevent marine plastic pollution in south-east Asia – food and drink multinational Nestle has been an industry leader when it comes to sustainability.

A major way it is doing this is through its packaging research institute, which was officially opened in September this year.

Speaking on the opening day, Nestle’s CEO Mark Schneider said: “Our vision is a world in which none of our packaging ends up in landfill or as litter.

“Furthermore, we support the development of local recycling infrastructure and deposit schemes to help shape a waste-free world.”

Areas the institute will look into include reusable packaging, simplified materials and recyclable packaging.

It’ll also focus its attention on the development of bio-based, biodegradable and compostable products.

Owner of more than a dozen billion-dollar brands, PepsiCo is one of the biggest food and drink manufacturers in the world.

Given the company’s global footprint, any small change can make a big impact.

As part of its efforts, PepsiCo announced in September that it aims to reduce the amount of virgin plastic it uses across its beverage portfolio by 35% by 2025.

The move will see the company focus on the increased use of recycled content, alongside finding alternative packaging materials for its brands in this sector.

PepsiCo chairman and CEO Ramon Lagurata said: “While our efforts are far from done, this is one more step in PepsiCo’s journey toward helping to build a world where plastics need never become waste.

“Even as we work to accelerate business growth, we continue to make important progress toward a circular economy for packaging, a responsibility we take very seriously.”

PepsiCo believes the move will help the firm eliminate about 2.5 million tonnes of cumulative virgin plastic.

Owner of well-known global brands such as Ariel, Old Spice and Febreze, consumer goods manufacturer Procter & Gamble (P&G) announced in April it would make all its packaging recyclable or reusable by 2030.

As part of this move, it aims to make a “meaningful increase” in the development of packaging made from either responsibly sourced, bio-based, recycled or more resource-efficient materials.

“They expect brands to take meaningful action in solving some of the most complex challenges facing the world.

“This is why P&G is focused on reinventing marketing to use the reach and voice of our brands as a force for good and a force for growth.”

Alongside Unilever, P&G also signed up to TerraCycle’s Loop scheme, with refillable products for brands Pantene, Cascade and Oral-B launched this year.