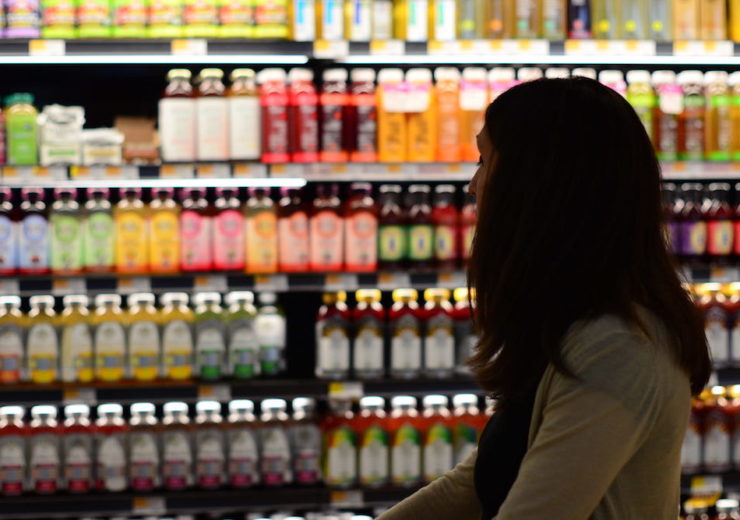 The findings come as part of Amcor's latest research into consumer perceptions of sustainability and packaging (Credit: PxFuel)

On-pack labels describing how to dispose of product packaging are checked by 83% of consumers, according to a study by Amcor.

The findings come as part of the packaging giant’s latest research into consumer perceptions of sustainability and packaging.

It consisted of a survey of more than 4,000 participants across five European countries.

He added: “At a time when people are rethinking their choices in light of a global pandemic, we are using our deep expertise and insights to help customers better understand what consumers want, right down to country-level.

“Sustainability is our most exciting growth opportunity and we continue investing in highly sophisticated R&D capabilities.

“Our portfolio has an ever-wider choice of more responsible packaging, from recyclable PET containers made from 100% post-consumer recycled content to unique recyclable flexible pouches and lighter weight paper-based alternatives.”

How Amcor conducted its consumer perceptions towards sustainability research

To gain a better understanding of what drives consumer behaviours, Amcor commissioned three pieces of research — helping the company unpack sustainability through the eyes of the consumer, and map behaviours and commonalities of perception.

In late 2019, researchers conducted 40 hours of “in-market immersion”, in which interviews were conducted with consumers in their homes, shops, and the streets of Manchester, Lyon and Frankfurt.

They then conducted two separate online surveys in January and February 2020 with consumers from the UK, France, Italy, Germany and Sweden.

The January study consisted of 1,500 participants and assessed grocery shoppers’ perception and engagement with selected sustainability claims and logos on FMCG products.

The following month’s survey questioned 2,500 consumers aged between 18 and 45.

Based on these results, researchers rated the participants’ level of creativity and engagement towards sustainable actions, such as recycling and lowering their carbon footprint.

The outcomes of all three of the studies were then split into six different sets of findings.

More than a third of consumers are determined to make a difference, Amcor survey finds

The first set of findings found that more than a third of respondents are determined to make a difference.

As part of this, the researchers were able to identify six distinct personas, on a scale of passive to proactive, as to how engaged individuals were regarding sustainability issues. The personas were:

Most of the respondents in the study across the five European countries fall into the “incremental changemakers” persona group, marking them as being highly motivated to make a change.

While the vast majority of consumers fall into this group, it is particularly the case in Italy, where the group accounts for 51% of all shoppers.

Overall, the researchers found that 6% of participants fall into the “unconcerned consumers” category, while 10% are seen as “eco-warriors”.

They also discovered that altruism rather than rules drive sustainability behaviours, with more than half of consumers claiming to recycle because they want to make a difference.

The study also found that what consumers say and what they do does not always match up.

It found that one in 10 consumers still consider it too much effort to change their way of life, and will adopt sustainable behaviours if it fits their current habits.

In Sweden, 46% of people say they try to behave in a sustainable way, but 23% would still put something in the general rubbish bin if recycling bins weren’t readily available.

Overall, 22% to 33% of people say they recycle because the government tells them to do so.

The research also revealed that 45% of respondents worry about global warming, while 33% are concerned about plastic pollution.

As part of these findings, the researchers asked consumers what they thought was more important, carbon footprint or recyclability.

Across the five countries surveyed, having recyclable packaging was considered more important than reducing its carbon footprint, with an average of around 15% believing this to be of a higher priority.

The majority of consumers do, however, think that reducing the carbon footprint of packaging is equally important to it being recyclable.

Overall, consumers expect brands to tackle both global warming and plastic pollution, while they aren’t clear on the role packaging can play in reducing carbon footprints.

The researchers also found that recyclable packaging was a non-negotiable for most consumers.

As part of these findings, they discovered that composability had the highest level of customer engagement, with nearly half saying they’d be willing to purchase a product that has compostable packaging.

Consumers were also receptive to “made from recycled materials” labels, with nearly 40% favouring this type of packaging.

Alongside this, there’s a significant engagement difference between some terms with similar meanings, such as “reduced impact on climate change” and “CO2-reduced packaging”.

The researchers say this demonstrates terminology used to make sustainability claims are important.

Symbols including the Moebius Loop, and the Forest Stewardship Council and Green Dot logos do have a high level of awareness.

Consumers do also correctly identify the Mobius Loop to recyclability, however, they do tend to misinterpret the Green Dot logo, also linking it to pack recyclability.

Other symbols, including the official logo for compostability, were not as easily recognisable to participants.

There’s also a misunderstanding of the difference between the terms compostable and biodegradable.

Composability is achieved through a defined process, meaning there is a risk that packaging will be put into the environment with the false assumption that it will simply disappear.

The researchers believe it’s important to reinforce education around the role of packaging to consumers, and that better information is needed to empower them to make decisions.

The findings also revealed that people will pay more for sustainable packaging.

Although the drive to pay more for sustainable packaging varies across countries, overall a 5% price increase appears to have widespread acceptance among surveyed markets.

Consumers also seem to be receptive to the source of materials being communicated on the packaging, with terms such as “from recycled content” or “from renewable sources” positively influencing between 30% to 40% of all respondents.