Founded in 2011, GA Circular aims to drive the circular economy forward in Asia and tackle its fast-growing stream of packaging and food waste 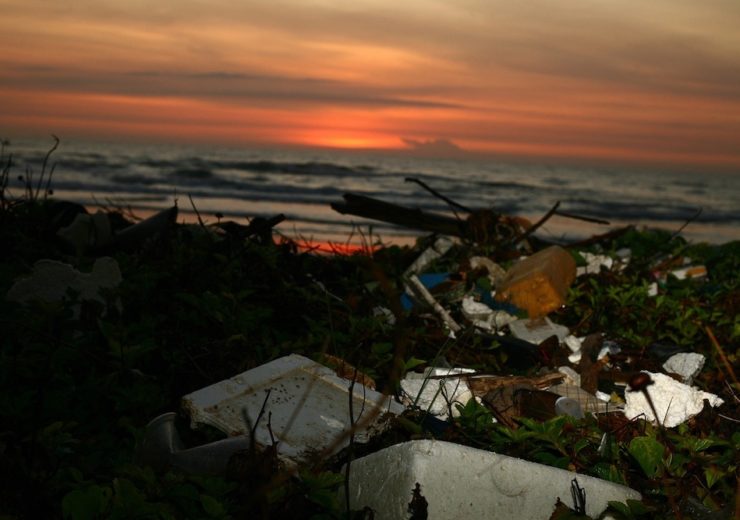 According to a November 2019 report by UNEP, more than half of the land-based plastic pollution in the world’s oceans originates from just five countries (Credit: Pixabay)

The region — which includes countries such as Indonesia, Thailand and the Philippines — is one of the biggest contributors to plastic waste in the world’s oceans.

According to a November 2019 report by the United Nations Environment Programme (UNEP), more than half of the land-based plastic pollution in the oceans originates from just five countries, four of which are in south-east Asia.

Titled The Role of Packaging Regulations and Standards in Driving the Circular Economy, the research found that limited packaging-related policies and weak enforcement are aggravating the problem of pollution in south-east Asia.

Alongside structural issues in the region, GA Circular believes there is another problem that needs to be overcome to improve the area’s waste management — behavioural barriers.

Speaking at a webinar hosted by UNEP’s CounterMEASURE project, GA Circular’s chief business officer Sumangali Krishnan said: “As far as strategy goes, behavioural change has been integral to all of the work, research and insights we do in the region.

“Some of our studies aim to identify exactly what typical behaviours need to be addressed, what’s been happening on the ground and what measures have been successful.”

Founded by Ashwin Subramaniam and Laura Allen in 2011, GA Circular has worked with governmental bodies and businesses such as the European Commission, Coca-Cola and Amcor to change attitudes to recycling in the region.

As part of its work in Indonesia, the organisation conducted a study to identify the typical behaviours that must be addressed to deal with plastics and marine debris in the country.

One trend recognised early in the project was instances of littering, which were triggered by attitudes in certain populations.

Speaking to different stakeholders involved in combating the litter problem — such as local governments, individuals and organisations — GA discovered there were some behavioural barriers.

One issue that arose was the fact that the litter was located in public spaces, which meant that residents didn’t see the issue as “their problem because there was no ownership of the space”.

Krishnan added: “We found a lot of littering in places like bus and train stations, as well as large events spaces — there was an assumption that it was no one’s shared property or location.”

Another problem highlighted was a mix of frequent use of single-use plastic products and a lack of bins, which led to people using certain areas of their local community to dispose of waste.

Krishnan said: “That became a common practice — and because everybody did it, it became alright to litter.

“The third barrier was convenience, with this especially being the case for certain types of litter such as diapers or food packaging — it was an immediate nuisance that someone needed to get rid of.

“When someone is not able to just dispose of it right away and they don’t have a means of collection, the likelihood of littering is high.”

GA Circular also investigated some of the structural and institutional barriers that could have contributed to the littering problem.

A lack of a regular waste collection service was highlighted as one issue, and this resulted in residents “creating the dumping grounds”.

Alongside this, bins were either not as prevalent as they should be, or they were not easily identifiable as bins.

Indonesia was not the only country with these behavioural and structural issues, with similar problems occurring across south-east Asia.

The growing popularity of reusables has been clear to see for all in the packaging industry over the past few years.

According to a survey conducted by charity Keep Britain Tidy in 2018, 36% of respondents said they owned and regularly used refillable water bottles.

The increase of reusable packaging schemes run by waste management and supermarket industries demonstrates this shift in culture occurring in some countries.

This cultural shift has, however, not been so prevalent in south-east Asian nations — with this highlighted in the region’s commuter culture.

Krishnan explained: “People often commute across long distances … which means they’re not able to consume food or beverages at home or on location as much.

“There’s also a lack of a reusables culture, so workers bringing their own bottles or bags in with them hasn’t quite set in yet — and the few people that end up doing it are often looked down upon.”

Alongside this, there are structural barriers that have meant reusables haven’t worked for individuals they’re targeted at.

GA Circular is working with both retailers and other businesses to support the infrastructure change required to improve their use.

Local champions and national identity: How GA Circular is changing attitudes towards waste in south-east Asia

In 2019, GA Circular was commissioned by Coca-Cola to research the collected-for-recycling rate of PET bottles in south-east Asia.

Published towards the end of that year, the report found the average recycling rates for the material in Indonesia, Philippines, Vietnam, Thailand, Myanmar and Malaysia was 26%.

Researchers highlighted the need for more investment in solid waste infrastructure — such as sorting, collection and secondary processing capabilities — to produce a higher-quality feedstock for recyclers.

Krishnan said: “There needs to be a local government or collection facility that’s collecting separated or sorted waste, and there needs to be some sort of incentive to ensure people segregate their waste before disposing of it.”

National governments in the region have committed to improving their infrastructure, with some setting the target of reaching 100% waste management coverage by 2030.

While looking at how recycling is done on a local level, GA Circular also found some behavioural barriers need to be addressed.

Krishnan explained: “Some people didn’t know some materials could be recycled or recycled in their local area.

“They also didn’t know they could potentially hand over some of the material to recyclers or waste pickers.

“Only some materials were often collected, with newspapers and glass being the primary items — plastics were often disposed of with household waste.

“Even in places where regulation or other policies have been introduced to ensure people sort and recycle, they found it to be quite time-consuming.”

To help improve the way individuals manage their waste, alongside preventing them from littering, GA Circular started by educating why plastic littering was bad.

Krishnan said: “Once [people] make that connection, they realise that it’s an issue they want to deal with, and they now have the knowledge to do something about it.

“And when you’re looking at some people that already have the knowledge, they don’t have the intent to do anything because they feel like their efforts might be too small.

“But any behaviour change campaign can then rally these individuals, finding champions and heroes capable of moving the transition into actual action.”

For example, people in Myanmar take pride in the natural beauty of their country, so the organisation’s pitch to residents was to be responsible custodians of their local environment — while Indonesians were focused on not being seen as the second-largest plastic polluting nation in Asia.

Krishnan said: “We identified the ways and means to push, pull or incentivise people to change their behaviour and look at what their key triggers might be.

“We also spoke to key opinion leaders and initiators of these campaigns, finding out why some were more successful than others.

“Alongside this, we tried to identify what the typical litterer looked like — asking individuals a series of questions where they would ultimately self-identify as a recycler or a litterer, and then look at what their profile was.

“This enabled us to target each of these populations … based on their profile.”

The main goal behind GA Circular’s work in south-east Asia is to develop campaigns and infrastructure that’s for the longer-term, and not just for a “point in time”.

Krishnan added: “It has to be relatively long term because it has to be sustained over a period of time for behaviour to actually change.”