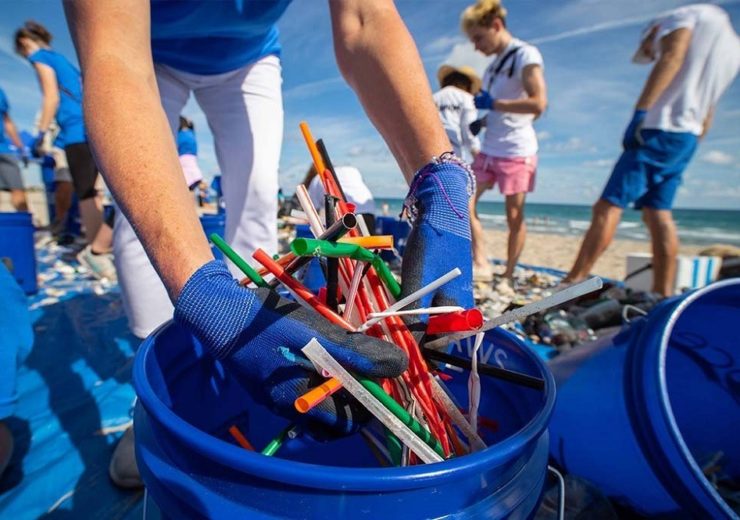 With World Oceans Day highlighting the issue of waste contaminating the planet’s waters, it was estimated in 2019 that more than eight million tonnes of plastic are dumped in our oceans every year.

Along with this research from non-profit organisation Plastic Oceans, the UN predicts that, if current trends continue, the planet’s waters could contain more plastic than fish by 2050.

Efforts have been made by governments and charities to prevent such high levels of entering the oceans, including the Ellen MacArthur Foundation’s New Plastics Economy, which focuses specifically on the circular economy.

But what about the waste already found in the world’s oceans?

From scuba divers recovering waste from the depths of the sea, to a floating device designed to capture discarded plastics, we take a look at five organisations looking to clean up the world’s waters.

The inspiration for 4ocean came during the summer of 2015, when its founders Andrew Cooper and Alex Schulze embarked on a surf trip to Bali, and found beaches covered in plastic.

After paddling through mounds of waste, the pair returned home with a desire to clean the world’s oceans, and launched the company in January 2017.

Based in Florida, 4ocean is a global firm that’s actively involved in the removal of waste from the ocean and coastlines, by optimising the latest technology to prevent, intercept and remove waste.

The business employs more than 300 full-time staff, including ship captains and their crews who operate 24 hours a day, seven days a week.

The company claims to have cleaned up more than four million pounds (1.8 million kilograms) of rubbish so far from the oceans and coastlines of 27 countries, including Bali and Haiti.

It raises funds through the sale of  “legacy bracelets”, which are made from the plastic it finds in the ocean – with every bracelet bought helping to fund the removal of one pound (45 grams) of waste from the ocean.

Founded by the Professional Association of Diving Instructors in 1989, Project AWARE was set up to teach the world about the importance and responsibility of preserving the aquatic environment.

Standing for Aquatic World Awareness Responsibility and Education, Project AWARE first released a list entitled Ten Ways a Diver Can Protect the Underwater Environment, which underpins the schemes diver conservation education and training to this day.

Now called 10 Tips for Divers to Protect the Ocean Planet, it includes the protection of underwater life and to report and remove any waste debris during a dive.

One of the biggest programmes that Project AWARE has run is known as the Dive Against Debris campaign, which was launched in 2011.

Since its launch, it has involved more than 50,000 divers across 114 countries around the world, and its volunteers have reported finding more than one million pieces of waste.

The organisation now aims to add another million pieces of debris to its dataset by the end of 2020, mobilising local communities and continuing to build evidence of the scale of the global marine debris crisis.

The Ocean Cleanup project was established in 2013, when then 19-year-old Dutchman Boyan Slat proposed a way to solve the plastic pollution problem during a TEDx Talk which garnered worldwide support.

Mr Slat was inspired to clean up the sea after coming across more plastic bags than fish on a diving trip in Greece.

The Ocean Cleanup has developed what it calls the first ever technological system to combat ocean plastic, by inventing a 600-metre-long floating device at the top of the sea, which captures plastic that funnels into it.

It also has a three-metre-deep skirt, to capture smaller pieces of plastic into it, with winds and waves propelling the system forward.

First deployed in September 2018 off the coast of California, The Ocean Cleanup aims for this device to reduce plastic pollution in the sea by 90% by 2040.

The system was recalled for an upgrade and relaunched in June 2019.

The Ocean Conservancy was founded in 1972 by Bill Kardash, following a conversation with country singer John Denver at the 1971 International Whaling Commission (IWC).

For more than 30 years, the charity has run an annual International Coastal Cleanup project, bringing together more than 12 million volunteers from 153 countries, and collecting 220 million pounds (99 million kilograms) of waste.

In 2012, the Ocean Conservancy launched the Trash Free Seas Alliance, bringing together major businesses including The Coca-Cola Company, PespiCo and Amcor, alongside charities such as the World Wildlife Fund and the Project AWARE Foundation.

Members of the group are committed to reducing, and, where possible, reinventing products and services that damage ocean wildlife and ecosystems.

Setup alongside the Monterey Bay National Marine Sanctuary in 1978, Save Our Shores has spent more than 40 years combatting offshore oil drilling,  plastic pollution and illegal sand mining in the Monterey Bay area.

The organisation is governed by three guiding principle — cleaning the shores in the bay area — creating a healthy habitat for wildlife and addressing the issue of dead zones in Monterey Bay.

In 2018, the conservation charity began a campaign to reduce the impact of six plastic pollutants, calling it The Sinister Six.

Save Our Shores has campaigned successfully to ban single-use plastic toiletry bottles in the hospitality industry at county level, and is now targeting the prevention of microfibre pollution, banning the sale of single-use water bottles, stop the flushing of contact lenses, prevent the sale of balloons and eliminate single-use coffee pods in the local area.

Katherine O’Dea, executive director of Save Our Shores, told NSPackaging: “Our ultimate goal with this campaign is to significantly reduce ocean plastic pollution, which we believe has reached crisis level.

“Plastic pollution is not just an aesthetic blight, environmental concern and a hazard to sea creatures and birds, but it is also a human health issue.

“As plankton and fish swallow plastic, the plastic and associated toxins pass up through the food chain and onto our plates.

“Microfibres and microplastics have been found in sea salt, fish, honey, tap and bottled water.

“Plastic contaminants are now found in human blood and stool.

“Plastics also contribute to climate change because greenhouse gases are released throughout the life cycle from fossil fuel extraction to polymer processing and substrate production, to packaging or product manufacturing, to distribution.

“Even when plastics end up in the waste stream — whether they have been released into the environment or are sitting in landfills.”