‘If we don’t tackle this problem, it’s going to overtake us’ — GPAP boss on improving global plastic recycling 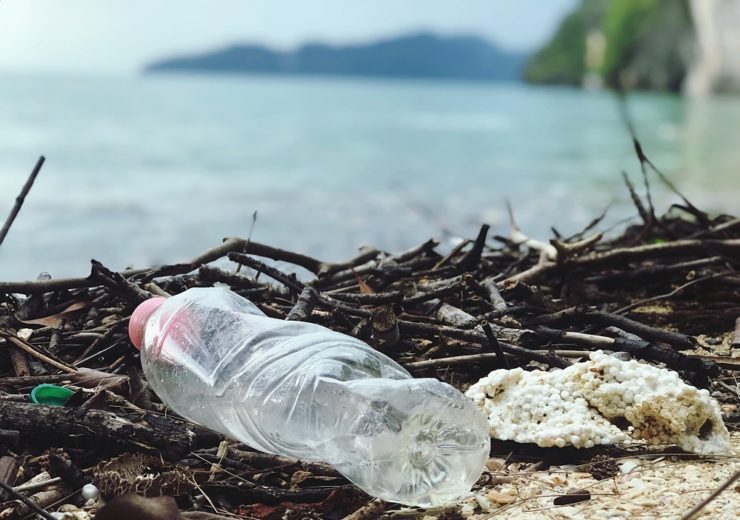 Set up by the World Economic Forum in 2018, the Global Plastic Action Partnership was created with one aim: To stop all plastic waste going into the ocean by 2030. Thomas Parker speaks to its director, Kristin Hughes, about the organisation’s work to tackle the “plastic menace”.

Over the past 15 years, the World Economic Forum (WEF) has released a Global Risks Report that looks at changes in the global risks landscape from year to year.

In 2020, and for the first time in its history, the survey’s top five global risks in terms of likelihood are all environmental.

The report adds that, unless major stakeholders in the economy adapt, time will run out to address some of the most pressing economic, environmental and technological challenges.

In an attempt to tackle these issues, the WEF set-up the Shaping the Future of Global Public Goods Platform. Part of this platform is the Global Plastic Action Partnership (GPAP), which aims to prevent the growth in global plastic pollution.

Launched in New York, at the WEF’s Sustainable Development Summit in September 2018, it plans to tackle plastic pollution by creating a circular economy — where items are produced to be recycled — in regions that have been heavily impacted by the issue.

GPAP — which was set-up with the support of the UK’s Department for the Environment, Food and Rural Affairs (Defra), Coca-Cola, PepsiCo, and Nestle — is currently working in two countries, Indonesia and Ghana. It was poised to officially launch its partnership with Vietnam at the end of March 2020, but the coronavirus pandemic has seen this postponed until May at the earliest.

A few months after launching, the organisation appointed Kristin Hughes as its director. With a varied career involving everything from US presidential campaigns to working as interim director of EU corporate affairs for toy company Hasbro, Hughes says she chose the GPAP role as it combined a lot of pieces of her working history.

She adds: “I think what really interested me about this role is that, it not only combines a lot of different pieces of my career and background, but it’s also a massive issue.

“It’s on the front page of every paper still today.

“So when I was approached about it, I thought it was a fantastic opportunity to try to pull together the private and public sector, as well as civil society, to really address one of the world’s most viscous problems.

“Because, if we don’t address the plastic problem, then it’s going to overtake us.”

In March 2019, Indonesia became the first nation to partner with the GPAP.

As part of these efforts, the country pledged $1bn to tackle plastic leakage into the oceans.

Based on its work in Indonesia, the GPAP — alongside non-governmental organisation the Pew Charitable Trusts— will build a model that can recognise and measure the waste issue globally.

Hughes explains: “From that model, we’re running a baseline to understand where the issues present themselves, looking at what the hotspots are, and what should be focused on.

“A lot of things have to be focused on in parallel, so there isn’t a very specific roadmap yet.

“That said, we’re also drafting a roadmap for Indonesia as we speak.

“This will look at what the specific actions that the government, private sector, and citizens can take to really try to mitigate the problem.

“The roadmap will then identify the specific hotspots and places where investments might be needed, such as building infrastructure in the collection system.”

The GPAP’s involvement in Ghana came after a royal visit to the country by Prince Charles in 2018.

During his time there, he discussed the consequences of plastic pollution on the planet.

In an address at the International Conference Centre in the Ghanaian capital of Accra, the royal said: “The amount of plastic entering the ocean is, unbelievably, set to get worse rather than better.

“We cannot, indeed must not, allow this situation to continue.

“A solution is achievable and simply has to be done for all our sakes —- and, above all, for the long-term viability of all those species in the sea that are already suffering unbearably because of our actions.”

During the Prince of Wales’ time in the country, the Ghanaian government asked for the UK’s help to tackle the “plastic menace”.

“So we all got to together and worked with Ghana, meaning we’ve got buy-in from the Prince of Wales, and we’ve got to be a true partnership with Defra and the government of Ghana.”

Whether it’s plant-based packaging, paper straws or refill stations — strides have been made to move away from plastic products.

A handful of businesses — including beauty retailer Lush — have gone packaging-free with some items.

Lush is also looking at cork as a material to package some of its products. Refillables have also become more popular.

In 2019, US-based recycling company TerraCycle set-up a reusable packaging scheme called Loop — with companies such as Unilever and Procter & Gamble using it to sell products to their consumers.

Hughes believes systems like this will be difficult to adapt to emerging markets such as Indonesia.

She adds: “In those places, we need to understand what the current consumer behaviour is, and ask if we can adapt that a little bit?

“But we also have to look at how we create a commodity around recycled plastic, meaning there’s a value in it so people don’t just throw it away.

“If people see a value in something, they either hold on to it, or they take it someplace where they can get a little bit of money back, so it doesn’t end up in the environment.

“So there’s are a number of different ways that we can approach this.

“This can be done through upstream methods, such as new material designs and business models.

“But we can also do this through downstream methods, by looking at our behaviour as consumers and how we approach single-use plastic packaging.”

In 2016, circular economy charity the Ellen MacArthur Foundation — alongside the WEF — released a report warning that there could be more plastic in the sea than fish by 2050.

Since then, more ominous statistics have also emerged — including the fact that the material can be found on every beach in the world, and that approximately eight million pieces of plastic find their way into the ocean every day.

Despite the overwhelming task, organisations have been set-up to tackle the problem.

This includes the Ocean Cleanup and 4ocean, who are looking to clear the planet’s seas of man-made waste.

Alongside this, the Ocean Conservancy charity hosts an annual International Coastal Cleanup event, which in 2018 saw more than a million volunteers in 122 countries collecting plastic pollution from beaches.

Hughes is optimistic that the problem will be tackled because people are keen to take on the issue.

She says: “Everywhere I go, people talk about it, and I think that’s the most important thing.

“People want to make a difference, whether it’s through what they do in their own households or using reusable drinks cups, they’re willing to take the small steps in a greater journey.

“I think people want to tackle plastic because it’s something that’s tangible, understandable and something we see every day.

“And if we’re not hopeful and we turn our backs on it, then it becomes an overarching problem.

“Instead, let’s be hopeful and take those little steps.”