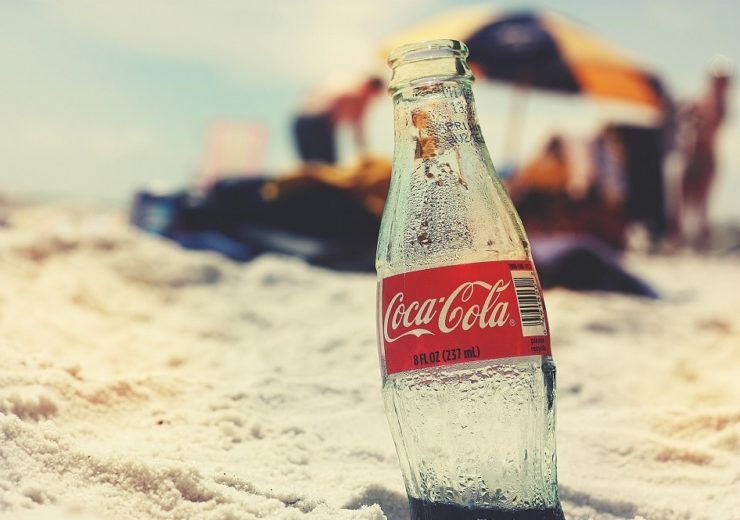 It's estimated that every human being on the planet will consume at least one Coca-Cola product every four days (Credit: Pixabay)

Selling more than 1.9 billion drinks a day, The Coca-Cola Company is one of the biggest consumer-facing brands in the world. Thomas Parker speaks to Nick Brown, Coca-Cola European Partners’ head of sustainability in Great Britain, to discuss the work the company is doing to boost its green credentials.

It’s estimated that every human being on the planet will consume at least one Coca-Cola product every four days.

This kind of market size gives the company a significant leadership role when it comes to the consumer-facing manufacturing industry.

One area the firm has been heavily scrutinised in recent years is in the field of sustainability.

In 2018, the US-headquartered soft drink giant – one of the world’s largest companies with a brand value exceeding $59bn, according to Forbes – admitted it generated more than three million tonnes of plastic packaging a year, equivalent to 200,000 bottles a minute.

In order to curb the environmental effect of such a mammoth production size, Coca-Cola has developed its World Without Waste strategy.

Launched in 2018, it pledges to collect and recycle the equivalent of 100% of its packaging worldwide by 2030.

It built upon the European subsiadiary’s action plan set out a year earlier, which is called This is Forward and aims to make all its packaging recyclable or reusable by 2025.

Nick Brown, who was appointed as Coca-Cola European Partners head of sustainability in Great Britain around the same time of the announcement, believes these kinds of changes really matter due to the size of the business.

“Everyone’s interested in what Coca-Cola is doing, so we know it gives us the opportunity to explain to others about what we’re doing,” he says.

“It also gives us the opportunity to get involved in those big decisions about how industry helps to shape a more sustainable society for the next 10 to 15 years.”

What is This is Forward? Coca-Cola European Partners’ sustainability strategy

It was set up in 2016 after three bottling companies for the soft drink giant were merged, now employing 23,000 people and operating in 13 markets.

While packaging is at its heart, the company also markets and distributes products, selling more than 14 billion litres per year.

European Partners’ This is Forward strategy came into existence as part of a joint sustainability scheme with The Coca-Cola Company in 2017.

It features 21 commitments in six areas, including action on the packaging its uses and the communities they operate in.

But according to Brown, when the corporation initially set out those goals, it didn’t really know how it was going to reach them.

He adds: “We’ve made great progress on all of them, with some actually being reset because we can go further there.

“Last year, we reset the packaging commitments, and this year we’re going to do the same with our water and climate change commitments.”

This is achieved through lightweighting its bottles, designing them to be recyclable and using as much recycled material as possible.

The second area focuses on consumer engagement, aiding customers to dispose of their packaging properly.

Brown, who joined Coca-Cola 22 years ago as part of the firm’s new product development department, explains: “That’s about supporting campaigns that remind people the packaging is recycled and how to recycle it.

“It’s also part of our partnerships with some of the litter organisations to try and drive behaviour change to reduce littering.”

The final area the company is pushing for is the reform of the waste collection system.

In the UK, it’s been an advocate of the deposit return scheme – in which a levy is added to plastic drinks bottles but can be claimed back by consumers who return them to a specified location for recycling.

Brown says: “We know from international experience that it’s a great way of improving recycling rates and reducing litter.

“For some of these other packaging elements, we’d like to see reforms with a producer responsibility framework, to help make sure that there’s an incentive for eco-design and that collection systems are properly funded.”

One of Coca-Cola’s sustainability bosses on new packaging models

In recent months, businesses have been looking to new ways of packaging their products.

One area some have turned to is reusable containers, achieving this through systems such as Loop.

Developed by recycling company TerraCycle, Loop allows consumers to continually refill the same packaging with the product they want.

Similar reuse systems are being tested by supermarkets such as Waitrose.

Brown believes the most successful sustainable packaging models will be the ones that fit into consumers’ current “lifestyles, habits and shopping missions”.

“If you can make something that fits in with current habits, then it has a greater chance of being adopted.

“The more you ask of individual shoppers, the more you have to work at communicating it.”

Moving away from plastic could have ‘unintended consequences’, says one of Coca-Cola’s sustainability bosses

As awareness of the plastic waste problem becomes more prevalent, some businesses have begun shifting into other materials, such as glass or cartons.

Moving to these, however, may not always be the best option.

An August 2019 study found that switching to single-use glass would create an average CO2 output similar to the UK city of Bath, which has a population of 176,000.

The research – conducted by environmental charity the Green Alliance – also discovered that if single-use aluminium cans were half as common as their plastic counterparts, it would create enough toxic waste to fill London’s Royal Albert Hall six times over.

A further report published by the charity in January 2020 revealed some brands were unaware of the environmental impact of plastic alternative materials.

Brown, who provided feedback for the Green Alliance report, says that switching products from plastic must be done for the right reasons.

“I think as an industry, or just as a citizen, you have to acknowledge that plastic is used in some places where it really isn’t the best material.

“The phrase the industry has swung behind is to ‘eliminate unnecessary and problematic plastic’, and I think absolutely we need to do that.

“When it comes to more complex packaging solutions, more people in the industry know and understand that plastic has some properties that are difficult to replicate with other materials.

“Just moving away from plastic into another material does risk unintended consequences, and it’s why we won’t do that unless we really understand what the alternatives are.”

Industry collaborating to develop a policy framework ‘fit for purpose’, says one of Coca-Cola’s sustainability bosses

Over the past few years, collaborations between the packaging industry and non-governmental organisations have been formed with the goal of tackling plastic waste.

Founded in collaboration with the UN Environment Programme, it saw more than 400 organisations commit to making all their plastic recyclable, reusable or compostable by 2025.

As part of its involvement in this campaign, Coca-Cola admitted to producing three million plastic bottles a year.

Brown believes this kind of transparency is important because, when it comes to sustainability, businesses need to be clear on what they do.

He adds: “That’s why we include more information in our annual reports than we ever have, such as packaging usage by country and how much of that’s made from recycled materials.

“We do this so we can be clear on where we are because you can’t show progress unless you show how you are doing.”

Launched alongside fellow circular economy charity the Waste and Resources Action Programme (WRAP), it aims to drive collaboration within countries.

Through schemes like these, Brown is seeing businesses working closer together on areas such as waste management and material optimisation.

He says: “There are quite a lot of examples of where companies are looking at how we collaborate on better collection and recycling systems – including work around reforming producer responsibility and the deposit return scheme.

“People are coming together to say, ‘okay, for our bit of the supply chain, it would be really good if it looks like this in your bit, what impact would that have? Do we need to tweak it? Do we need to change it?’”

As one of the leaders of the beverage world, Coca-Cola has a responsibility to be an example to others firms in the marketplace – with its work heavily scrutinised.

Brown says the company takes this role seriously, and wants to provide a vision for how the industry might be better.

“It’s why we’ll put out stories about what’s worked and what we’ve learned, and it’s why we’ll work with trade associations to share what works and collaborate with others in the industry,” he adds.

“We do this because we want to make sure that we are driving the whole industry towards a more sustainable future.”

To listen to the full interview with Nick Brown, check out our podcast here.