From paper packaging to PET beverage bottle manufacturers, NS Packaging looks at five of the biggest packaging companies in China by revenue 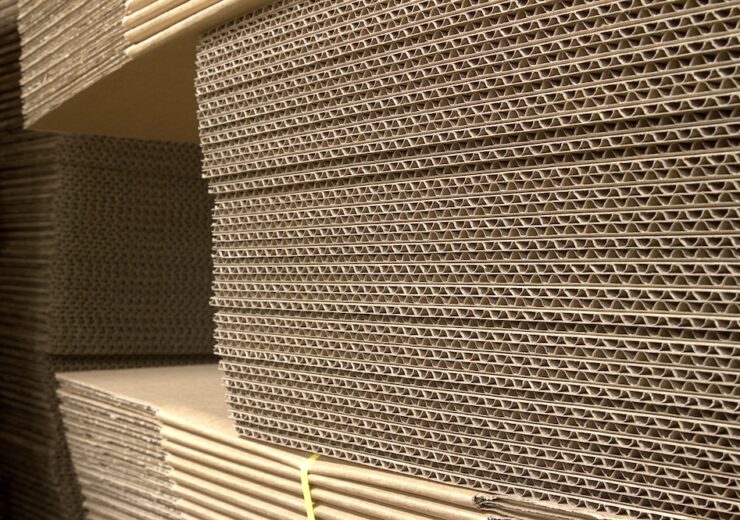 A large amount of the top packaging companies in China are in some way involved in the paper corrugated packaging sectors (Credit: Pixabay)

When compared to 2018, of the 3.1% worldwide growth for companies in the packaging industry by 2022, 70% is estimated to come from emerging countries – with more than 5% deriving from China.

It’s no surprise the east Asian country will be a significant part of this growth, with it being the second-largest national economy in the world in 2018.

In addition, of the $13.3tn it generated, 76% was driven by private consumption.

Alongside this, by 2023 it’s estimated that the Chinese packaging market will record a compound annual growth rate of more than 6.79%.

From a recovered paper-based manufacturing firm to a business involved in the beverage marketplace, NS Packaging looks at five of the biggest companies likely to drive this growth in China.

The firm was successfully listed on the main board of the Hong Stock Exchange in March 2006, and two years later set up a joint venture in Vietnam.

The group acquired two fully-integrated pulp and paper mills in the US in 2018, one based in Maine and the other in Wisconsin, also purchasing a recycled pulp mill in West Virginia.

A year later it made several packaging mill acquisitions to produce corrugated sheets and boxes in China, with the firm also purchasing a pulp and paper mill in Malaysia.

Nine Dragons Paper is primarily a manufacturer of containerboard, high performance corrugating medium and coated duplex board, and is able to operate as a “one-stop-shop” for a board range packaging paperboard products.

The firm’s ultimate goal is to become the largest and best recycled-based paper developer in the world and a leader in environmentally-friendly recycled-based manufacturing.

The two main figures at the top of the company are its chairwoman Cheung Yan, nicknamed “the Queen of Trash and “China’s Paper Queen”, and its deputy chairman and CEO Liu Ming Chung.

Shandong Chenming Paper was founded in 1958, and since then has grown into one of China’s largest paper making companies.

Throughout its time operating, the firm has acquired more than 260 national patents including 20 for invention and 15 awards for scientific and technological advancement.

It’s involved in the light-coated, industrial, copy and copperplate paper sectors, and is also a developer of white cardboard.

In addition to this, the company is involved in finance, real estate and mining, as well as fields such as forestry, logistics, building materials and hotels.

At the top of the company is its chairman and executive director Chen Hongguo, who has been in the role since 2016.

A subsidiary of the Shandong Sun Holdings Group, the firm is currently based in Jining in the Shandong Province of China.

The company is involved in business areas such as investment, papermaking and hotels – and owns subsidiaries such as International Paper and Sun Cartonboard, and Shandong International and Sun Food Packaging Material.

Ranked among China’s top 500 enterprises, it’s a leader in the Chinese papermaking industry and a top 50 papermaking company in the world.

As part of its work, the company has continuously increased investments in technological research and development to reduce the environmental impact of its products and the raw materials it uses.

Since 2009, the firm has been run by its chairman Li Hongxin – who is in charge of a company that, according to GlobalData, generated $3.2bn in revenue in 2019.

In 2008, the firm got listed on the Shenzhen Stock Exchange, with it launched a refinancing process and started the preparation for non-public issue stocks – and the number of its subsidiaries increased to 20.

The firm, which according to GlobalData currently employs 8,261 people, is currently based in the city of Xiamen.

According to GlobalData, Xiamen Hexing Packaging Printing generated revenues of $1.8bn in 2019.

The Shanghai Zijiang Enterprise Group was founded in 1981 and is a private investment holding group rooted in Shanghai, and was set up by Shen Wen – who remains on the board to this day.

The firm mainly invests in manufacturing and services, with it currently having two listed companies in the manufacturing sector – Zijiang Enterprise Stock and Weltech Stock.

According to GlobalData, Shanghai Zijiang Enterprise, which currently employs more than 7,000 people, generated $1.2bn in revenue in 2019.