The paper machine has been designed to operate at a speed of 800m/min and a width of 4.2m to produce White Top Liner, White Lined Chipboard, and Testliner 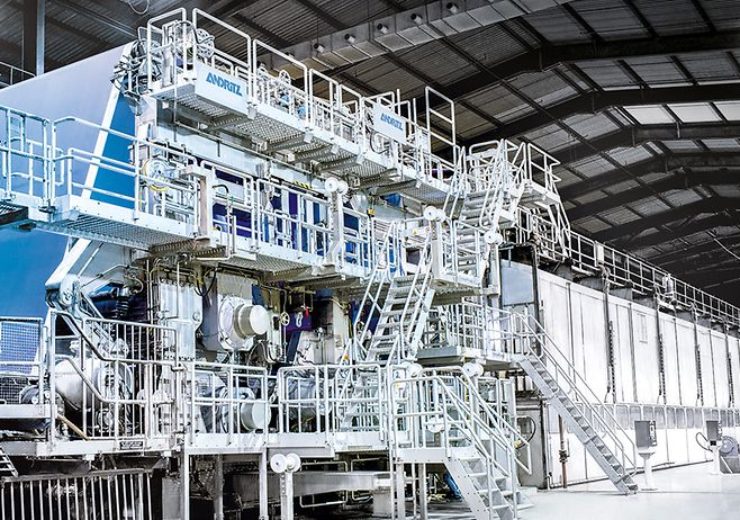 Image: Andritz has transferred the existing press from the second to the third press position. Photo: Courtesy of ANDRITZ.

Austria-based technology firm Andritz has announced the start-up of its rebuilt paper machine, dubbed BM1, for PJSC Kyiv Cardboard and Paper Mill at its Obukhiv site in Ukraine.

The rebuilding works for the packaging paper machine involved the renovation of the press and calender sections, including extensions to the existing automation system.

Andritz said that it has transferred the existing press from the second to the third press position and has installed a new PrimePress X shoe press in the second position to improve the capacity and the surface quality of the paper.

It has provided special shoe design for PrimePress X to enable gentle dewatering and reduced energy consumption by the machine.

In addition, a new PrimeCal Hard hard-nip calender was installed in the calender section of the machine to offer consistent CD caliper profile, bulk control, and excellent surface finish.

The paper machine has been designed to operate at a speed of 800m/min and a width of 4.2m to produce White Top Liner, White Lined Chipboard, and Testliner in a range of 125-420gsm.

ANDRITZ said that the restructured paper machine worked smoothly, under schedule and achieved the promised guarantee values for dryness, bulk and smoothness immediately after start-up.

In June 2019, Andritz has secured a contract from Stora Enso to supply production technologies for the rebuild of the fibrelinefibreline and drying machine at its Oulu Mill, Finland.

Stora Enso has previously announced its decision to invest approximately €350m (£308.5m) to convert the Oulu paper mill into packaging board mill.

Under the contract, Andritz has agreed to supply production technologies and key process equipment for the rebuild of fibreline and drying machine, along with for modernisation of the stock preparation system at Stora Enso’s mill.