The figures released by the Defra found that the average buys 10 bags a year, compared to 140 in 2014, a year before the 5p charge was introduced 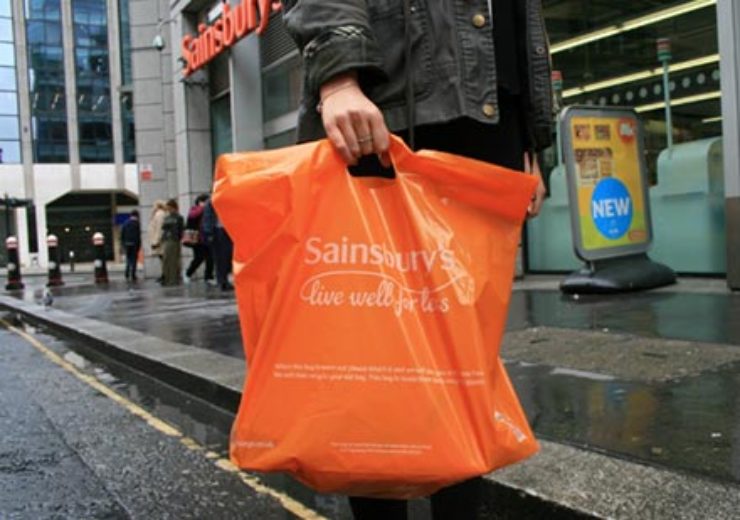 Sainsbury's, one of the seven retailers that has seen an overall reduction in the sale of single-use plastic bags in the introduction of the 5p charge (Credit: Sainsbury's)

The sale of the plastic bag in England’s seven biggest retailers has fallen by 90% since the introduction of the 5p charge in 2015, according to new figures from the Department for Environment, Food and Rural Affairs (Defra).

According to its study, the average English citizen also buys ten bags annually from the country’s top supermarkets – a marked decrease from 140 in 2014.

Alongside this, it stated the total number of single-use carrier bag sales reported by all large retailers in 2018/19 fell by 37% compared with 2017/18 figures.

UK Environment Secretary Theresa Villiers said: “Our comprehensive action to slash plastic waste and leave our environment in a better state continues to deliver results, with our 5p charge reducing plastic bag sales by 90% in the big supermarkets.

“No one wants to see the devastating impact plastic waste is having on our precious wildlife.

“Today’s figures are a powerful demonstration that we are collectively calling time on being a throwaway society.”

Responding to the analysis, a Tesco spokesperson said: “In 2017 we took the decision to stop selling single-use carrier bags in our stores to encourage our customers to reuse their carrier bags, and we’re pleased to see fewer bags being used.

“We have recently announced that we will stop using carrier bags to deliver groceries through our online deliveries, which will see 250 million fewer carrier bags used and remove nearly 2,000 tonnes of plastic from production.

“Since the government bag levy was introduced we have used the proceeds of bag for life sales to donate £79m ($96m) to over 26,000 good causes through our Bags of Help scheme.”

Retailers changing policies since the introduction of the 5p charge

Waitrose, one of the seven retailers named by Defra, has already stopped the sale of 5p single-use plastic bags.

The commitment was announced in September last year, with the supermarket initially trialling their removal in October 2018, before removing them from all its stores this March.

Waitrose’s head of corporate social responsibility, health and agriculture Tor Harris said: “The removal of these bags will change the way our customers, many of whom have been asking us to do this, shop with us in the future.

“We know we still have a lot to do, but as our commitment to removing takeaway disposable cups earlier this year, this represents another major step forward in reducing our use of plastics.”

Although still supplying plastic bags under the 5p charge, Morrisons has introduced paper carrier bags in its stores.

The concept was initially trialled in eight of the company’s stores in January this year, with the idea rolled out to its shops in Wales, England and Scotland in May.

This month, Asda announced it would stop providing single-use plastic carrier bags from its online grocery orders as a follow up to its commitment to not offer these products in its retail outlets made in 2018.

Asda’s vice president of online grocery Simon Gregg said: “We’re working hard to reduce avoidable plastic wherever we can – because helping to reduce its impact on the environment matters to use, and we know it matters to our customers too.

“This is a simple change, but will have a significant impact on the amount of plastic we use as a business.”

The 5p charge needs to be implemented across all retailers, says Greenpeace

“The plastic bag charge has been a huge success and this demonstrates how willing people are to shift their shopping habits to cut plastic,” she said.

“But unfortunately plastic bags are still available for free from smaller retailers, and we still find plastic bags polluting our rivers and turning up in the stomachs of wildlife.

“It’s been nearly a year since the government pledged to extend the bag charge to all retailers.

“Customers are clearly happy to bring their own bag, so we urge the new Environment Secretary Theresa Villiers to get on with it and finish the job.”