In a speech on the day the deal was announced, Prime Minister Boris Johnson said it will “allow UK goods and components to be sold without tariffs and quotas in the EU market" 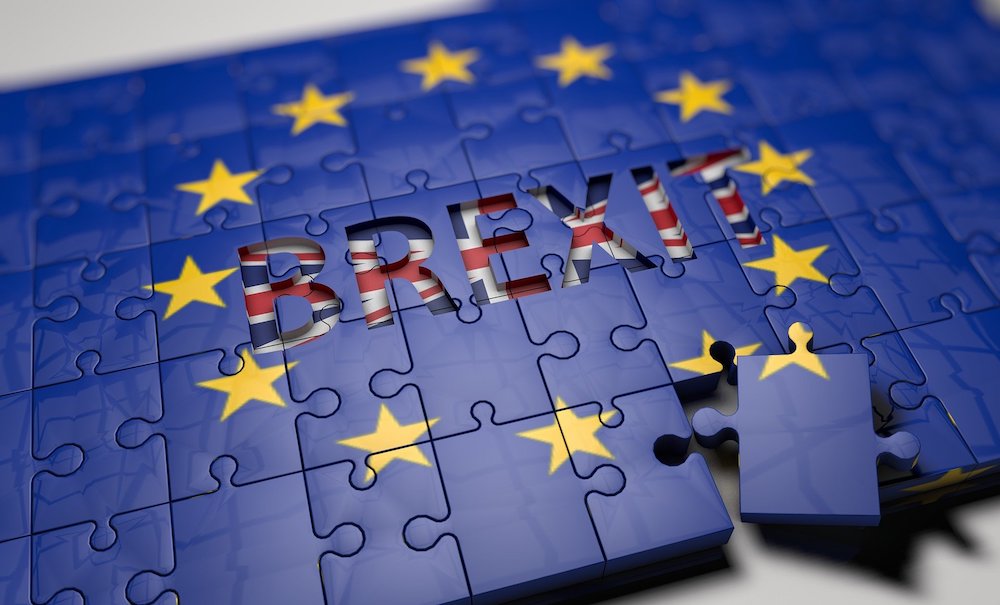 The trade deal follows on from nearly four years worth of negotiations between the two sides, with talks beginning after the UK triggered article 50 on March 29 2017 (Credit: Pixabay)

On December 24 2020, the UK government and the European Union (EU) announced it had reached a Brexit trade deal agreement- something that will have many implications for businesses on both sides of the channel, including those involved in the packaging industry.

The trade deal follows on from nearly four years worth of negotiations between the two sides, with talks beginning after the UK triggered article 50 on March 29 2017.

In a speech on the day, Prime Minister Boris Johnson said it was a deal that will “allow UK goods and components to be sold without tariffs and quotas in the EU market”, while EU President Ursula von der Leyen said it “will protect European interests”.

From leading industry players to trade association bosses, we find out what the packaging industry in the UK thinks about the Brexit trade deal.

“We are pleased that a deal was reached and are focused on our customers’ continued growth following the transition.

“DS Smith has experienced strong growth in Europe for many years and that has been aided by free movement of skilled workers, free trade and movement of goods, and a predictable regulatory landscape.

“The confirmation of tariff and quota-free trade has been agreed, this is accompanied by a number of new customs procedures and formalities.

“We have worked extensively over the past three years to ensure we are fully prepared to comply with these processes and support our customers.

“It is important to remember that we have relatively limited direct exposure to cross border disruption, mainly due to the fact that much of our business tends to be inherently local.”

“Brexit is much greater than just a political and economic secession from the European Union. It is set to impact British business transformation but the severity of this is still unknown despite the deal now being agreed and put in place.

“To put it simply, the previously unified territory for packaging materials and products will be divided, which poses many significant challenges for brands and their packaging supply chains.

“Compared to other industries, the packaging sector is expected to experience a much more disproportionately negative impact from Brexit.

“Previously, the industry was governed by stringent regulations under the EU packaging waste directive.

“Now Brexit is confirmed, and UK legislation is in place, more paperwork and processes are required for working with businesses in the EU.

“This could potentially push packaging companies to reduce investment into sustainable practices and R&D due to more legal, administrative and financial concerns taking precedence in the immediate future.

“As an EU member, the UK was also required to meet requirements for packaging.

“It’s as yet unclear precisely what requirements UK legislation will pose, but if it’s to change then this will potentially cause a significant amount of waste for producers who have stocks of EU compliant packaging.

“New lengthy customs procedures and a potential slowdown in recycling progress resulting from Brexit pose significant challenges for the British packaging industry through creating further complexity in the supply chain.

“While some aspects remain unclear, the next few months will be critical as the industry comes to term with its new way of operating in a post-EU world.

“This does however present brands with an opportunity to place a greater emphasis on domestic manufacturing operations, ultimately providing a significant boost to the UK packaging industry.”

“It’s hard to evaluate and summarise the impact that Brexit has had on the packaging industry, not least because the coronavirus has created a very complex picture, with demand for packaging in many sectors massively reduced.

“We have heard that the combination of Brexit and coronavirus has resulted in domestic demand for certain products rising, so some UK businesses are benefiting from a challenging situation.

“However, we are also aware of reports that Brexit has resulted in significant cost increases for both sea and air freight charges, with some freight companies refusing to do business with the UK altogether, partly due to the increased administrative burden.

“Given that freight volumes are currently much lower than usual due to the coronavirus, the numerous reports we’ve heard about difficulties at customs points in various countries need to be resolved quickly.

“Otherwise, as import and export volumes increase, these issues could escalate.”

“This resurgence currently sees no sign of abating with more brands opting for metal.

“However, to maintain this momentum and the capability of the metal packaging industry, it is critically important that frictionless movement of our raw materials, components and finished products into and out of the UK continues.

“The association’s members have taken all steps possible to understand and prepare for changes but unfortunately there is so much that is beyond their control.”

“For a sector used to packaging crossing borders seamlessly, EU exit is clearly disruptive for the packaging industry.

“Over time, disruption at the ports will hopefully reduce. A very big issue is the recent large increase in container costs with some members advising four-fold price increases.

“The cost of ‘exporting’ to Northern Ireland has greatly increased and we’ve received reports of shortages of heat-treated pallets now needed for trading with the EU.

“At the moment we must question whether the costs of disruption and added administration are worth paying for the so-called benefits of leaving?”

“Brexit has complicated the way in which we conduct business with our suppliers and with the added pressure of lockdown, that has increased our demand for gifts.

“There are suppliers in Europe that ship worldwide, who are not facing issues like ours are. When the UK left the EU and regulation changed, these suppliers started delivering products to the UK the way they normally would to the USA, for example.

“Those rules and regulations were already in place for them, they just had to apply them to their customers in the UK.

“However, they are still facing some delays from the customs checkpoints. Our suppliers in Italy and Germany, however, are accustomed to delivering products to Europe.

“They are still grappling with how they can make sure our needs are met because there are brand new procedures in place that were not there before.

“They need to receive new training on how to make declarations to ensure everything is done properly. This affects how quickly we can deliver our products to our customers.”

“All of our packaging requirements currently come from EU directives and we are a retailer who imports products across the EU.

“Within our industry, lighting, there are many testing and labelling requirements. The biggest change to our current legislation is that the CE mark will not be recognised by the UK and we need to move to the UKCA mark.

“This means new packaging designs across the board. We have time to transition this and our deadline is the end of 2021.

“Going forward we will need to closely monitor any changes in the EU directives and work with our testing houses, packaging companies and factories to make sure that they are completely unheld.”