From Lithuania and Bulgaria to Czechia and Cyprus, NS Packaging investigates the top five plastic packaging recyclers in the European Union 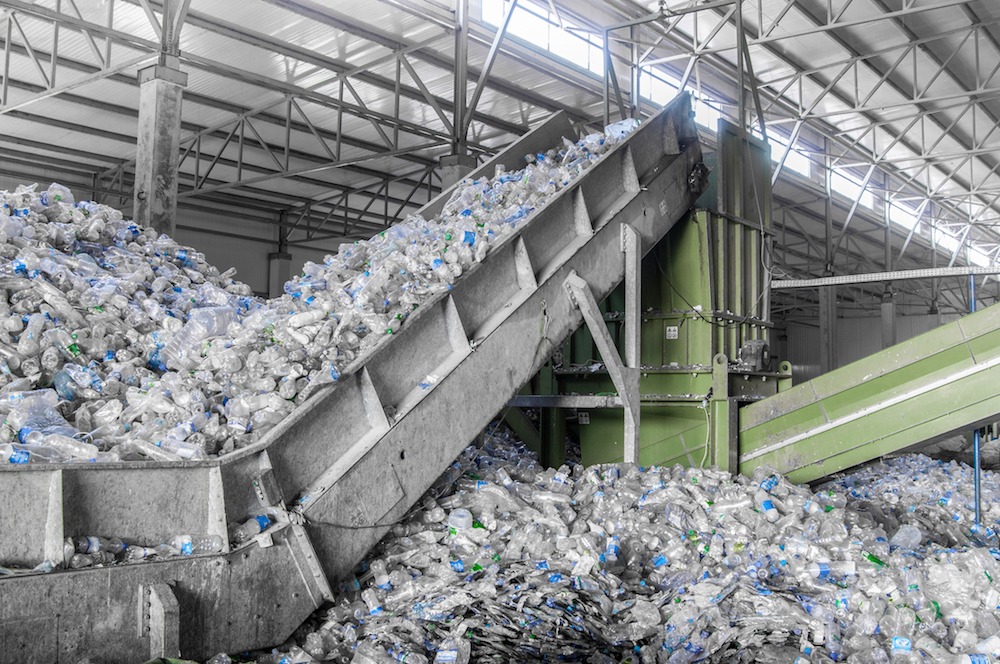 Based on figures from 2018, it’s estimated that the EU as a whole recycles 41.5% of all the plastic packaging produced by member states (Credit: Shutterstock/Alba_alioth)

At the start of 2021, the European Union’s statistical office (Eurostat) published a report logging the top plastic packaging recyclers in the trade bloc.

Based on figures from 2018, it’s estimated that the EU as a whole recycles 41.5% of all the plastic packaging produced by member states.

Of the 27 member states, seven countries recycled more than half of the plastic packaging generated.

From Lithuania to Czechia, NS Packaging investigates the top five plastic packaging recyclers in the EU.

The top plastic packaging recycler within the European Union according to Eurostat, in 2018 Lithuania recorded a recycling rate of 69.3%.

One of the most significant drivers of this increase is due to the implementation of a nationwide deposit return system (DRS).

Introduced by the government of Lithuania in February 2016, it gave consumers an incentive to return used beverage containers for recycling.

To do this, customers pay a deposit amount of €0.10 when purchasing drinks containers part of the scheme, which can be refunded when returned to a deposit station for recycling.

By the end of its first year, 99.8% of the Lithuanian public were aware of it, with 89% saying they had used it at least once.

In addition to this, 58% said they had recycled more, while 78% believed the deposit system was good and necessary.

Alongside this, a study published in March 2018 found that 87% of Lithuanians were using the system, while 97% of participants said there were visible results of the success of the scheme – such as there being less litter on the streets and in parks.

In addition to improving its recycling system, the Baltic state is taking steps to reduce the use of single-use plastics.

In February 2020, the country’s capital of Vilnius announced that single-use plastic – especially tableware – will no longer be used during public festivities.

Based on data published in 2017, Slovenia is one of the top plastic recyclers in the European Union, achieving a rate of 60.4% that year.

A significant factor behind this is due to the success of the recycling system in its capital Ljubljana, home to about 272,220 of the country’s more than two million inhabitants.

It’s a city that, at the turn of the 21st century, didn’t even operate a separate waste collection system and about fifteen years ago sent all of its refuse straight to landfill.

This all changed in 2002 when it introduced a collection service for paper, glass and packaging through roadside containers.

Eleven years later, it introduced two policies that would aid its rise in recycling – firstly giving every household bins for packaging and paper, while scheduled collections of residual waste were cut by a half – encouraging residents to more efficiently separate their rubbish.

The shift saw its recycling rate jump from 29.3% in 2008 to 68% in 2019, with Ljubljana producing 15 kilogrammes per person a year – a figure only bettered by the Italian city of Treviso.

A significant factor behind this rapid growth is due to the fact that a lot of separate collections conducted in the country have been entrusted to special business organisations.

Companies that place packed goods on the market are members of these groups and pay fees, which allow these organisations to collect and transmit for recycling a certain percentage of quantities and types of packaging their members placed on the market.

On this basis, businesses such as Extrapack and Mulitipack collect and process a range of polyethylene from packaging – giving the waste a second life.

In addition to this, Integra Plastics, a newly established Bulgarian company in the field of polyolefin recycling, announced in 2018 it’d be constructing a €40m ($48.5m) recycling site in the town of Elin Pelin – which is situated on the outskirts of the country’s capital of Sofia.

Operating 24/7, supported by a crew of 85 people, plastic pellets make up around 65% of final products produced at the site.

Unlike some of the previous countries on this list, Czechia has been one of the top plastic recyclers in the European Union for a number of years and in 2018 recycled 57% of all of the plastic packaging waste it generated.

In 2007, the country was the best recycler of plastic packaging in the EU – finding that 69% of the population sorted their waste.

It introduced national legislation in 2001 to establish a recycling network across the country.

In 2015, Czechia was named as a PET bottle recycling leader in Europe – with rates doubling in volume of plastics being recycled in less than a decade.

In that same year, the country had recorded a 30% recycling rate when compared to 7% at the beginning of the 21st century, with its recycling rate being at 70% for packaging overall and 58.2% for plastic packaging.

However, although the plastic bottles segment was of a good quality, the recycling system at the time was hugely inconvenient for many inhabitants.

This is, in part, because recycling bins were often not ideally situated and certain types of waste slipped through gaps in the recycling system.

In January 2020, Czechia’s environment minister announced it would not introduce an across-the-board system of PET bottle deposit refund, adding that the system in the country is effective.

Speaking during a press conference presenting new draft waste-treatment legislation, Richard Brabec did state that he wanted the current system of special containers for people to dispose of plastic items to be upgraded in cooperation with producers.

Since formal recycling was introduced into Cyprus in 2010, the island nation has been a growing presence within Europe-wide recycling lists – achieving a 54.3% plastic packaging recycling rate in 2018.

A lot of the collection work has been driven by Green Dot Cyprus – the first collective compliance system for packaging and packaging waste in the country.

It was established as a non-profit on the initiative of the local industry and the Cyprus Chamber of Commerce and Industry as an umbrella group organisation.

It collects and manages three packaging streams, these being PMD – which is the stream that plastic, metal and paper drinks packaging waste goes through – paper and glass.

Among the achievements Green Dot Cyprus has been able to gain includes a 2nd place at the European level in the category “Supporting the Development of Green Market and Resource Efficiency” at the European Enterprise promotion awards in the EU in 2013.

In addition to this, in April 2019, Cypriot President Nikos Anastasiadis opened the country’s first plastic recycling plant based in its capital of Limassol.

Operated by PCC Recycling, it is seen by many as an important first step towards achieving a circular economy in the nation.

The facility is capable of converting more than 10,000 tonnes of plastic waste into plastic pellets.

Plastic types that are able to go through the site includes heavily contaminated post-consumer HDPE and LDPE waste from domestic waste collection, as well as extremely lightweight and high-volume post-industrial stretch film.