From NaturALL to Project STOP: How Nestle is tackling packaging waste

According to figures outlined by the firm in the New Plastics Economy report earlier this year, Nestle uses 1.7 million tonnes of plastic packaging a year 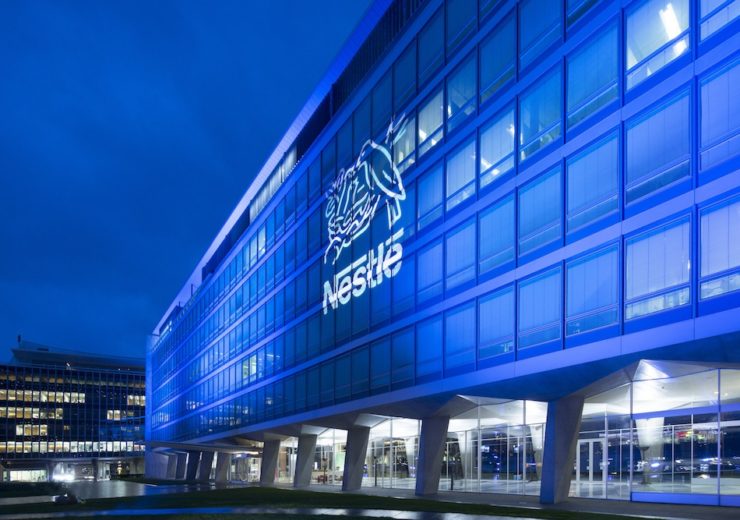 In April 2018, Nestle announced it is aiming to make 100% of it's packaging recyclable or reusable by 2025 (Credit: Flickr, Nestle https://www.flickr.com/photos/nestle/)

Founded as the Anglo-Swiss Condensed Milk Company in 1866, Nestle has grown into one of the largest consumer product manufacturers in the world, owning more than 2,000 brands including the likes of KitKat, Nescafe and Pure Life.

With such a wide-ranging product portfolio of big-name products, it’s no surprise the Swiss business giant uses huge amounts of plastic packaging.

In early 2019, the company revealed — through the Ellen MacArthur Foundation’s New Plastics Economy report — that it generates 1.7 million tonnes of plastic packaging a year, weighing more than the equivalent of five Empire State Buildings.

Efforts by the multinational to tackle this include packaging made from origami paper for its KitKat products sold in Japan – four million of which are consumed each day.

The company expects this to cut 380 tonnes of plastic used on an annual basis.

From its own ambitious targets to helping with waste infrastructure in struggling nations, we look at what Nestle is doing to tackle the “plastics problem”.

In late 2018, Nestle revealed it was creating a research institute in the Swiss city of Lausanne.

A first-of-its-kind in the food industry, the Nestle Institute of Packaging Sciences is dedicated to developing sustainable packaging.

Speaking at its launch, Nestle CEO Mark Schneider said: “Our vision is a world in which none of our packaging ends up in landfill or as litter.

“To achieve this we introduce reusable packaging solutions and pioneer environmentally friendly packaging materials. Furthermore, we support the development of local recycling infrastructure and deposit schemes to help shape a waste-free world.

“The Nestlé Institute of Packaging Sciences enables us to create a strong pipeline of sustainable packaging solutions for Nestlé products across businesses and markets.”

The facility focuses on several science and technology areas, which include refillable or reusable packaging, simplified and recycled materials, as well as high-performance barrier papers and bio-based, compostable and biodegradable materials.

In April 2018, the Swiss multi-national announced its aim to make 100% of its packaging recyclable or reusable by 2025.

The vision behind this target is to make sure none of its products end up in landfill or as litter.

Speaking at the time of the announcement, Schneider said: “Plastic waste is one of the biggest sustainability issues the world is facing today. Tackling it requires a collective approach.

“We are committed to finding improved solutions to reduce, reuse and recycle. Our ambition is to achieve 100% recyclable or reusable packaging by 2025.”

To achieve this commitment, the company is focusing on three core areas — these being to eliminate non-recyclable plastics, encourage the use of plastics that allow for better recycling and to eliminate or change complex combinations of packaging material.

Developments made by the company include rolling-out paper-based packaging globally for milkshake brand Nesquik, producing similar innovations for the Yes! snack bar and chocolate sweets Smarties.

Nestle Waters is working to increase recycled PET content in its bottles to 35% globally by 2025, targeting 50% in the US by the same year.

The aim is to develop and launch a commercially viable PET bottle made from bio-based materials — including recycled cardboard and sawdust.

In 2018, drinks-giant PepsiCo joined the research and development project with a shared goal of creating beverage containers producing a significantly reduced carbon footprint.

“Producing PET from sustainable bio-based sources that do not diminish food resources and are fully recyclable is a great example of such innovation and an important contributor to PepsiCo’s sustainable packaging program.

“Through our Performance with Purpose agenda, PepsiCo is committed to reducing the carbon impact of packaging in line with our goal to reduce absolute emissions of greenhouse gases by 20% by 2030.

“We are excited to add PepsiCo’s R&D capabilities to the Alliance and look forward to seeing what the combined efforts of the Alliance members can achieve.”

Project STOP was set up by polyethylene and polypropylene producer Borealis and SYSTEMIQ. It was created to drive the implementation of the Paris Agreement and UN Sustainable Development Goals, in 2017.

It uses a “system enabler” approach, in which a team of experts in areas such as waste management, plastic recycling and programme governance help a city design and implement a low-cost waste management system, with collection benefiting both households and institutions.

The foremost mission of  Project STOP is to design, implement and scale circular economy solutions to prevent marine plastic pollution in south-east Asia.

The country, which the organisation has been mostly involved in is Indonesia —supporting the government’s commitment to reduce its ocean plastics level by 70% by 2025.

Every year, about one million tonnes of plastic leaks into the ocean from Indonesia, causing a 90% chance of disease for the nation’s 750 species of coral.

“In those countries, we are very much focused on working with stakeholders to actually transform the local economy, the local system, and the infrastructure where it’s needed.

“In countries where that space is not moving quick enough, then we’re looking at how to manage our own footprint, and that’s really about plastics neutrality.

“That is in essence, one in, one out, managing it so that we’re not adding to the problem.”